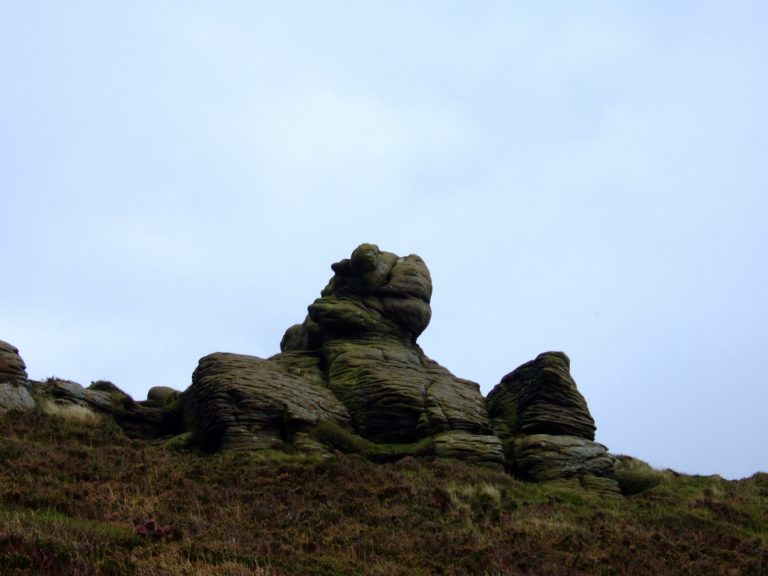 The main reason for today’s walk was to try and get some shots of the stunning rock formations that litter the edge of the plateau, from Ringing Roger to the Woolpacks and Pym Chair to lesser unnamed rocks that have been sculpted into true masterpieces by wind and water over the years. I walked a version of the “Edale Skyline”. There are multiple versions of this walk and this one runs from Edale village, up to Ringing Roger around the edge to the head of Grindsbrook Clough, then out to Crowden Tower, down to the Pennine Way then out to Brown Knoll, Rushup Edge, Mam Tor, along to Hollins Cross then down the hill to Edale. Its a superb ridge walk, with a short sharp climb to begin but then nothing too demanding until the little pull up to Mam Tor summit. The three or four miles of bog trotting across Brown Knoll is the only slightly negative part of the whole walk .

Even though the mist was down for much of my walk I had splendid things to see much closer to hand – I could have spent an hour just wandering around the Woolpacks – it’s an art gallery in the hills! 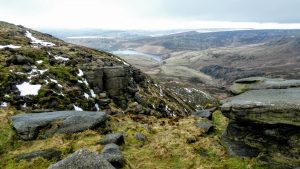