I think it probably took me longer to decide on this year’s long distance path, than it has taken me in any previous year. It’s normally in front of mind in early summer and on the planning table by September. I then make bookings in early December/January for a walk in late April/early May. This year, it wasn’t until 12th December that I finally decided which path I was going to do.

Since finishing the Skye Trail in May 2012 I had pretty much had my heart set on returning to the Pennines and re-visiting the Pennine Way, I enjoyed it so much last time it seemed like a great decision. I had other irons in the fire that also meant a return to the Pennine Way would be the right thing to do.

However, as the year progressed I felt I needed to walk somewhere new, somewhere just as remote and challenging as the Pennine Way, but somewhere I’d not been before. The Skye Trail was majestic, but I was using a fixed base of operation for that walk and that left me feeling somewhat unsatisfied, so I also had to return to a continuous linear path. Eventually the “other irons” that had been leading me towards the Pennine Way, fell through, so it became even less compelling.

I have had a route on file for several years now, one I keep dragging out and blowing the dust off and one that I keep putting off for another year – but this time I won’t be putting it back in the box – I’ll be using it. I’m doing another Coast to Coast crossing!

No, not Wainwright’s C2C again, this time I’m walking Scotland’s official C2C route – the Southern Upland Way or SUW as it may be called in places.

In the next few pages I will cover the planning process for the walk . I begin walking on 28th April 2013 and will be taking 14 days to cover the 212 miles or so of the trail. As usual, I will be blogging along the way, using whatever WiFi I can leech from my accommodation and the sporadic 3G signal I expect to get along the route.

Originally written: Saturday, March 23rd, 2013 As there is no Trailblazer guide

Originally written: Thursday, December 20th, 2012 With the route planned at a 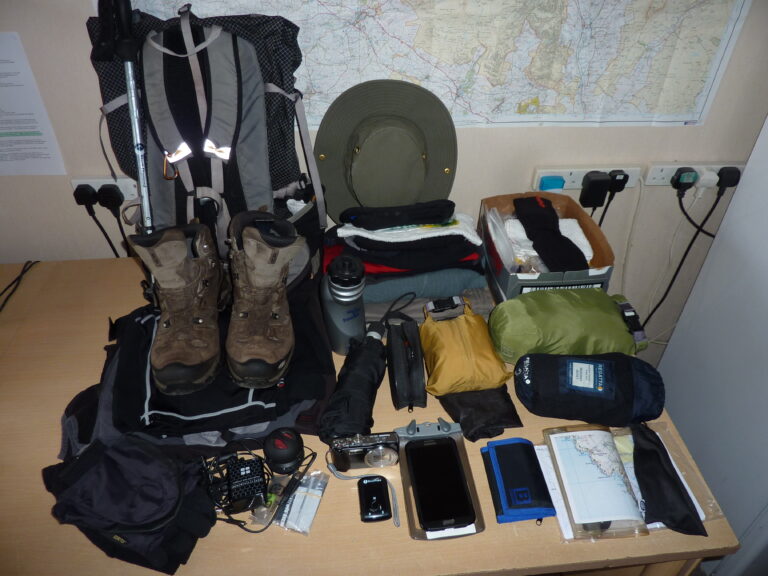