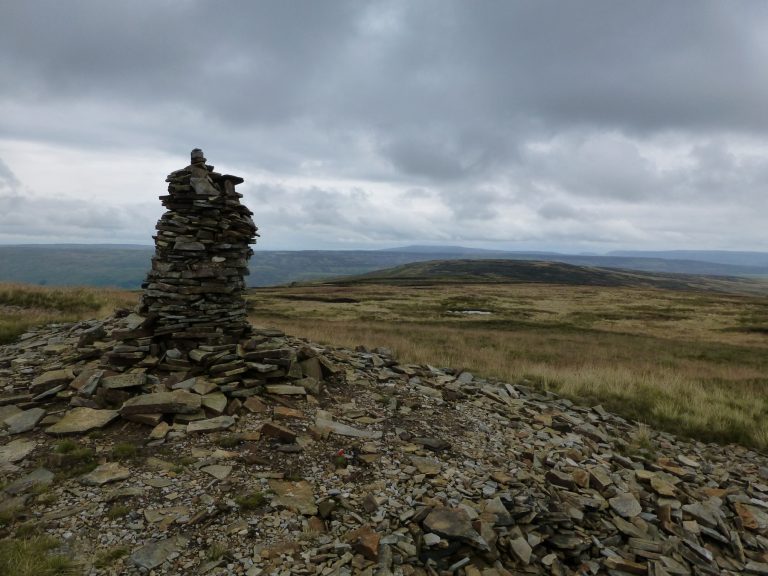 I chose to walk this as the first section of the Trailblazer Pennine Way guide book update, simply because of the ease of getting to and from the walk and because it’s one of my favourite sections. I parked at Ribblehead and caught the train back to Gargrave, from where I planned to walk the 30 miles back to the car. I started with a village survey, disappointed to find the promised chippy was long gone, so had a pub meal in the Old Swan before wandering along the Way to find somewhere to camp outside the village. I was forced into my choice of pitch by a torrential downpour and spent the whole night listening to rain drumming on the tent. I had a mostly sleepless night due to the sound of the rain, but a good test of the waterproof-ness of my shelter. I was away without breakfast, hoping to catch the cafe in Horton. It rained all the way into the village, not cold, but steady and drenching and I formed a pool beneath my table as I sat in the shelter of the Old Barn in Malham. The rest of the day was mostly dry, the odd light shower only. By the climb up Fountains Fell I was tired and after the climb up PYG I was knackered. As I reached that last summit the heavens opened again and it got quite chilly as a strong wind accompanied it. Rather than camp at Hull Pot as I’d planned I decided to head for the station in Horton and catch the 19:06 train back to my car and a warm bed instead.

With my car parked at Ribblehead I caught a train to Gargrave to begin this weekends Pennine Way section - which I'm walking to update the Trailblazer guide book
St. Andrews church in Gargrave is very impressive and the grounds are immaculate
Pennine Way mile marker outside the Dalesman Cafe in Gargrave
I watched a couple of narrow boats negotiating the locks outside Gargrave on the Leeds-Liverpool canal - here opening the lower gate to reduce the water level
The two boats slide into the lock, where the water is now at their level
The gates are then closed behind them and the upper lock gates are opened to allow the level inside the lock to rise
I almost missed the exit from the road out of Gargrave, the Pennine Way fingerpost almost obscured by bushes, the sky is darkening, not because it's late (which it is), but with clouds!
I head uphill, across fields, with the clouds getting heavier above me. I had hoped to do 4-5 miles tonight before finding a quiet and secluded pitch beside the path
In the end the heavens opened and I pitched in the first field that wasn't full of cows - nice and soft, but I got soaked getting the tent up
It rained all night and it was still raining in the morning as I packed away. My plan was to have breakfast in Malham - which was now about 6 miles away
I made a short diversion to bag the trig point on Haw Crag - last time there was a huge crowd of ramblers surrounding the trig, today it was frisky beef cows
Mist and low cloud and still chucking it down as I shooed the cows away to get a shot of the trig point on Haw Crag
I crossed a series of interesting bridges on my way into Malham, with lots of lovely riverside paths in between them - this is the bridge over the Aire at Eel Ark Hill
A small clapper bridge, just a little further along the Aire, gives access to open fields - its still raining 🙁
Almost into Malham now and another stone bridge across a swirling triburary of the Aire
The final bridge of this montage - the stone bridge into Malham, across Malham Beck, which just happens to bring you to the cafe
I stopped for a late breakfast at the Old Barn - full english and a huge pot of tea and I was set for the rest of the day - Muddy Boots Welcome 🙂
It stopped raining as I approached Malham Cove - one of the many highlights on the Pennine Way, but with a daunting ascent via the steps at the side
The path snakes ahead to Malham Cove, one of the most visited locations in the Dales, hence the industrial grade path leading into it
The scene at the foot of Malham Cove
There are 421 steps up the side of Malham Cove, a stairway to heaven if you're a fan of limestone pavement
Looking down from the top of Malham Cove to the path that runs away to Malham
One of my most favourite places in the Dales - Watlowes dry valley - a deep scar in the limestone
The head of Watlowes and another 155 steps to take you out of the valley and up onto the lip, which runs below the huge castle on the skyline
Malham Tarn, as seen from the viewing platform just beyond the Study Centre on the road that is cut out of the rock - very impressive
Heading for Tennant Gill Farm now and the ascent of Fountain Fell - this wonderful old oak tree must have seen every Pennine Walker ever to have come through
The path up Fountains Fell is pretty good - gravel for most of its length and many of the streams that cut across it are bridged with slabs
A red grouse on the path up Fountains Fell - still has to survive a couple more months of 'the season'
Looking across to Darnbrook Fell from the path up Fountains Fell
The trig point on Darnbrook Fell - called Cow Close Fell - seen from the ascent of Fountains Fell - the trig point stands 4 feet proud of the peat which has eroded away from the base
The thin cairns on the highest point the Pennine Way reaches on Fountains Fell - the summit is another 1/2 mile or so away, across the hill, but I won't be visiting today
Cairn on Fountains Fell, beside the Pennine Way path - the actual summit cairn is nothing like as good as this one
Dropping down off Fountains Fell to the road in Silverdale, looking across to Pen-y-Ghent and my final climb of the day - I'm already feeling shattered
Pen-y-Ghent as seen from the Pennine Way path at Dale Head farm - the hill looks daunting at the best of times, it looks terrifying in my current knackered state!
The mist rolls in over Pen-y-Ghent, as I approach the decision point - it's not helping my will power - it's an easy choice to turn left down to Horton
I look back to Fountains Fell from the ascent of Pen-y-Ghent and it looks like it's had a blanket thrown over it
The summit of Pen-y-Ghent - yes I made the climb up - well you have to don't you - it's never as bad as it seems from the bottom either!
Looking down on the path into Horton, from the summit of Pen-y-Ghent - this now also serves the Three Peaks route and is very industrial - a bit of a scar really
The path into Horton and yes, it's started raining again - I can't be bothered putting my coat on though, I plod on in my soft shell
The rain and the chilling wind made my mind up for me - thare's a train in 20 mins that takes me to my car and another 90 mins and I'll be in the shower
Horton-in-Ribblesdale train station, as I wait for the late train back to Ribblehead and the end of an epic 22 mile day with 3500 feet of ascent! 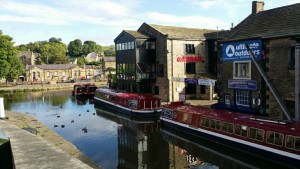 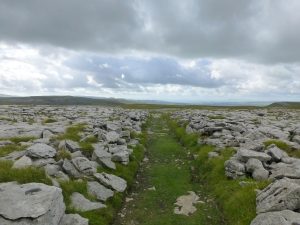 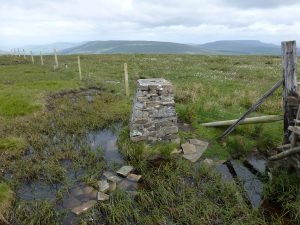 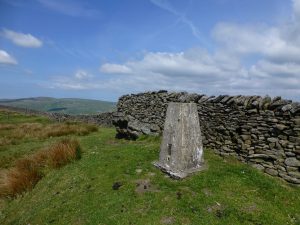 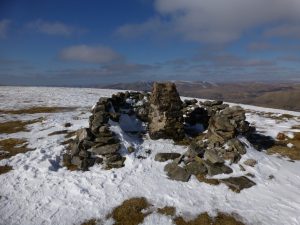 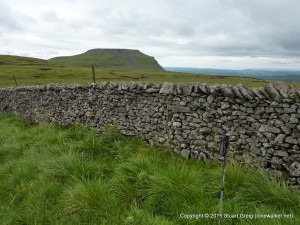