Walking in the Howgills

If you enjoy quiet walks in the hills, away from the sort of crowds you get in the Lake District, but still want to achieve high and remote walks, then you should consider the Howgill Fells.

These are the rolling green giants you see to your right as you speed along the M6, northwards between J37 and J38 – I’ve been admiring these hills for as long as I’ve been driving that motorway, which is almost 30 years. Originally it was disconnected admiration, just the respect of a beautiful landscape, often wreathed in cloud or dusted with snow, in their brown winter drab or their gorgeous green summer coats.

From the car you can see paths climbing the hills, heading into the interior of the district, sprinkled with the little white dots of sheep, or the much fewer black dots of the elusive fell ponies which wander the grass-covered slopes.

Unlike many of the Lake District slopes, the Howgills are pretty much clear of bracken, which makes for open hills and open access to almost any slope you like. Some are far too steep to climb of course, one or two are far too craggy and dangerous, but there is a lot of free walking to be done here.

The Howgills only recently fell inside the boundary of the Yorkshire Dales National Park, when the park was expanded in 2016, and they are still mostly ignored by tourists I think. The area is bounded to the south and the east by the A683 Sedbergh to Kirkby Stephen road and to the west by a little minor lane call Howgill Lane, part of which is an old Roman Road. To the north the A685 makes a logical border, from the M6 junction to about Ravenstonedale. Inside this is some of the best grassland walking in England.

As I’ve already said, the Howgills are mostly green and grassy. They are also almost completely free of boundary walls. These features add to the feeling of wildness and remoteness that I get when I walk these fells.

If you’re used to walking in the Lake District you will also notice the absence of summit shelters and the typical large cairns that you find in that populous hill range. Stones are few and far between on the Howgills and if a summit has a cairn (especially a large one) you can bet the building materials have been dragged from far and wide to make it.

The relative lack of walkers means that even though the fells are grassy and often wet, they don’t suffer unduly from erosion. You’re going to get your feet wet at times, for sure, but you don’t find the preponderance of bogs that you sometimes come across in the Dales and Lakes.

The region, although mostly comprised of rolling green hills, has a surprisingly diverse landscape, once you begin to explore. There are several very impressive waterfalls, lovely hidden valleys with rocky beck-side paths, a few towering crags and an abundance of high, lofty and airy paths.

There are 26 recognised fells inside the border I specified above and by recognised I mean they are contained within the UK Hill Walking Register. There are 2 Marilyns, 5 Hewitts and 7 Nuttalls, as well as a number of Deweys and HuMPs.

The highest point is found on The Calf, often windy and inhospitable with just one face of the trig point for shelter if the weather is bad, but the views can be astonishing when the weather is clear; Pillar, over 30 miles, away can be seen and Pen-y-Ghent in the Dales, almost 20 miles distant.

For the trig-baggers amongst us, there are four Ordnance Survey Triangulation Pillars to be found in the Howgills.

I have heard some people raise doubts about the lack of available car parking for reaching parts of the Howgills, but I must say I’ve never had a problem finding places to safely leave the car and I’ve now visited all points in the region. I will identify the places I’ve used in the past, with the hills that can be gained from them, below.

1. Howgill Lane, beside the church (SD 63395 95032). There is room for only two or three cars here, beside the church wall, just inside the gate off Howgill Lane (as shown in the photo below). Please don’t park any further down the lane as this is private land and used for grazing sheep. From here there is good access to the ring of fells around The Calf, including; Linghaw, Fell Head, Bush Howe, The Calf, Bram Rigg Top, Calders, Arant Haw and the trig point on Winder.

2. Carlingill Bridge (SD 62417 99560). Again, room for maybe three or four cars, using laybys on the minor lane Fairmile Road. This provides access to the north western most fells; Linghaw, Uldale Head, Hand Lake, Simon’s Seat, Fell Head and the trig point at Middleton. It also gives access to Carlin Gill and the waterfalls of Black Force and The Spout.

3. Newbiggin-on-Lune (NY 70452 05232). There are several spots to park along the main street of the village and this gives reasonable access to the northern section of the Howgills either along the rising ridges or through the valleys of Weasdale or Bowderdale. Use this starting point for fells such as Green Bell, West Fell, Hooksey and even Randygill Top, Kensgriff and Yarlside.

4. Cross Keys A683 (SD 69837 96950). There are several road side spaces, just next to the pub on the A683 main road. If you’re using the pub, you can use their car park of course. This gives access to Cautley Spout, a very fine waterfall and also some of the fells already mentioned; The Calf, Bram Rigg Top, Calders and Yarlside being the obvious ones.

6. Sedbergh. If you prefer a more organised car park, with toilet facilities, then Sedbergh is a good choice. This is right at the south of the region though and access to fells is limited, unless you’re doing a multi-day walk. Arant Haw and The Calf are the usual destinations from Sedbergh. There are a couple of official pay-and-display car parks, or if you can find a space, there’s a free-to-use layby beside along Long Lane.

I’ve got several walks to share for the Howgills, just click on one of the links below, to see the details and download a GPX file of the route. 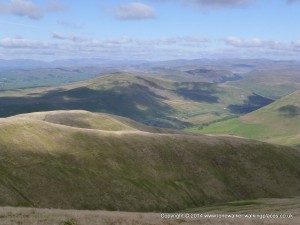 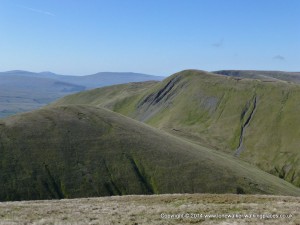 Hooksey & The Calf from Brow Foot 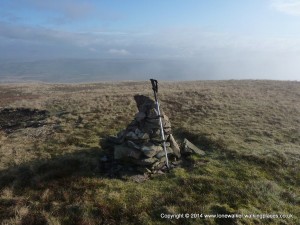 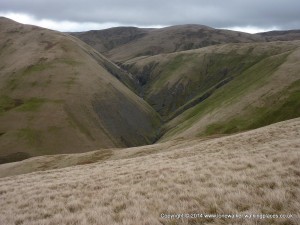 Cautley Spout from Cross Keys (A683) 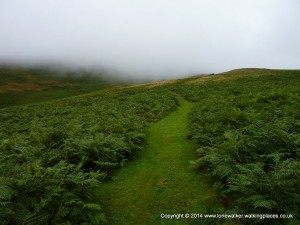 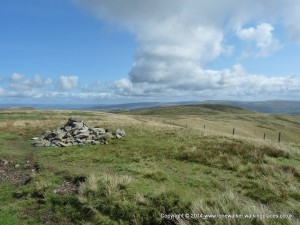 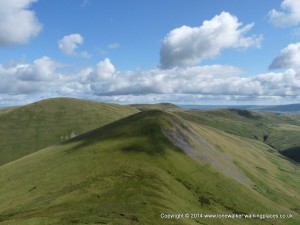 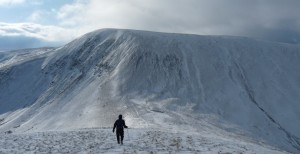 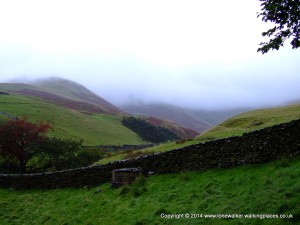 The Calf from Howgill Church

You can also find a series of excellent walks from Mike Knipe, on the Doodlecat website.

2 thoughts on “Walking in the Howgills”