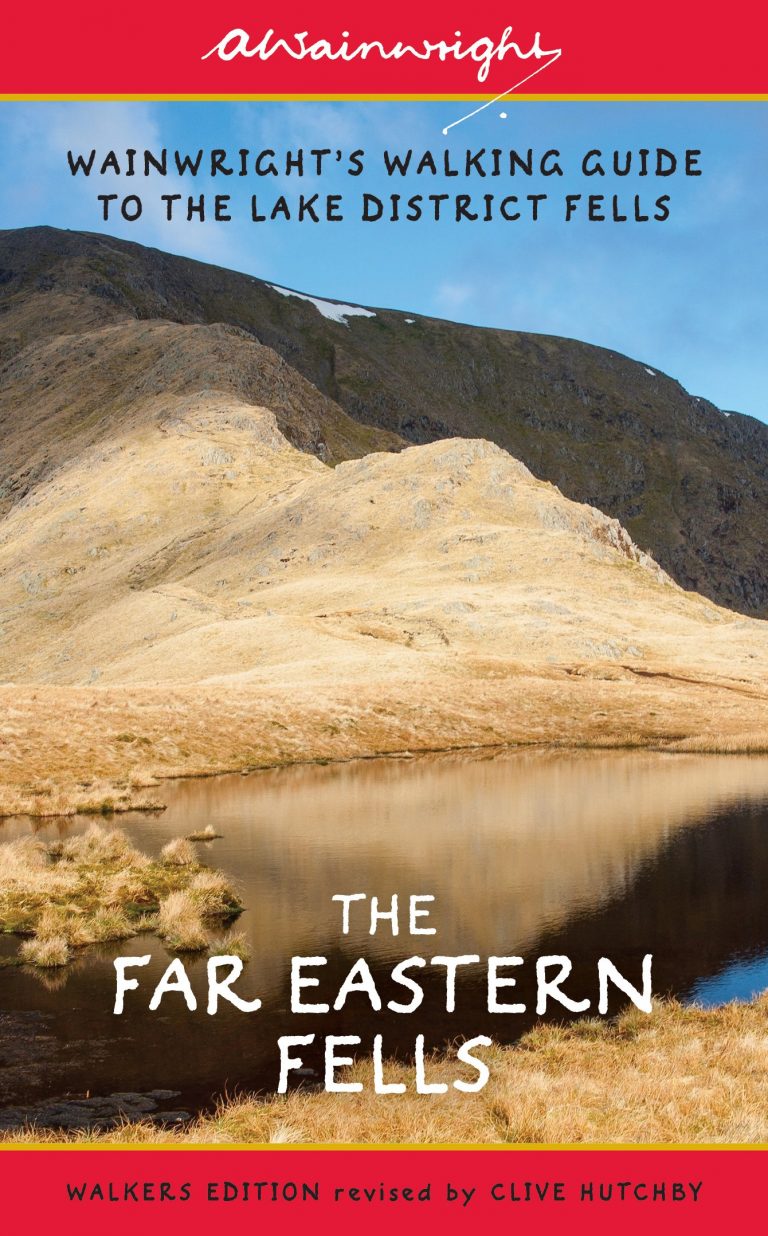 The Far Eastern Fells occupy the region east of the A592 Kirkstone Pass road. This runs north from Ambleside to Patterdale at the head of Ullswater. The western perimeter then continues down the length of the lake to Pooley Bridge. Wainwright’s outer boundary was more arbitrary since he chose not to mirror the edge of the National Park as he was “concerned only with the high ground”. He determined instead upon straight lines connecting the outer limits of Ullswater and Haweswater, the proposed (and never built) Swindale Reservoir and Windermere. He extended this area slightly by stretching the boundary out to Longsleddale church, thus bringing in Tarn Crag and Grey Crag, the most easterly 2,000 footers. Wainwright thus excluded the high moorland falling eastward to the M6 Motorway, although later writers such as Birkett have included everything to the park boundary.