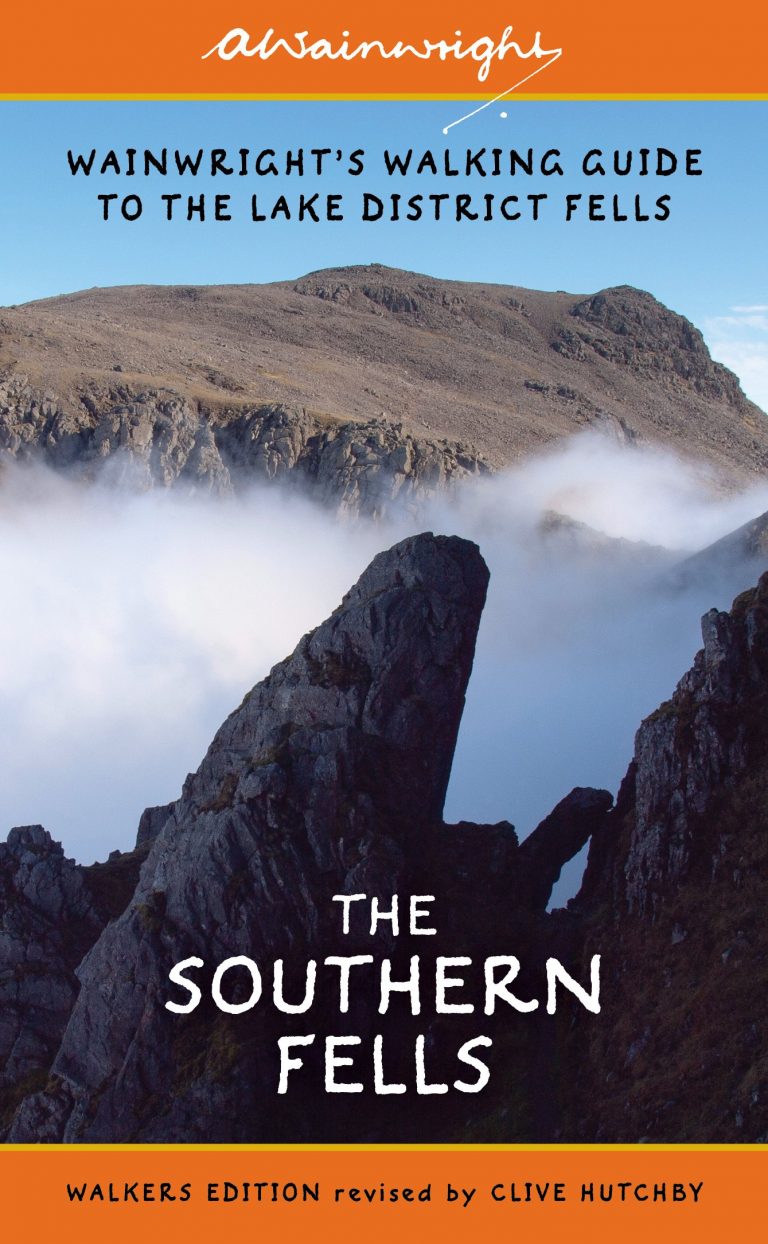 Of all Wainwright’s boundary decisions, the outer perimeter of the Southern Fells is the most often debated. Two ridges continue south west on either side of the Duddon Valley, the longer ending only at the Irish Sea in the terminal height of Black Combe. Wainwright however chose to excise a wide area of fell from his guidebooks. Wainwright ultimately relented and included the southern extremities in an eighth guidebook, “The Outlying Fells of Lakeland” (1974).

The northern boundaries are clear, beginning on the west with Wastwater and rising up beyond the head of Wasdale to Sty Head Pass, the popular walkers’ route to Borrowdale. Across the border on this side are Great Gable and the Western Fells. The boundary continues north to Stonethwaite in Borrowdale, before turning sharply south east along the Langstrath branch of that valley, including the long ridge of Glaramara within the Southern Fells. At the head of Langstrath the perimeter crosses Stake Pass, another pedestrian route, and sweeps eastward down Great Langdale to Windermere. Stake Pass provides the high level link to the Langdale Pikes in the Central Fells.    Source: [Wikipedia]