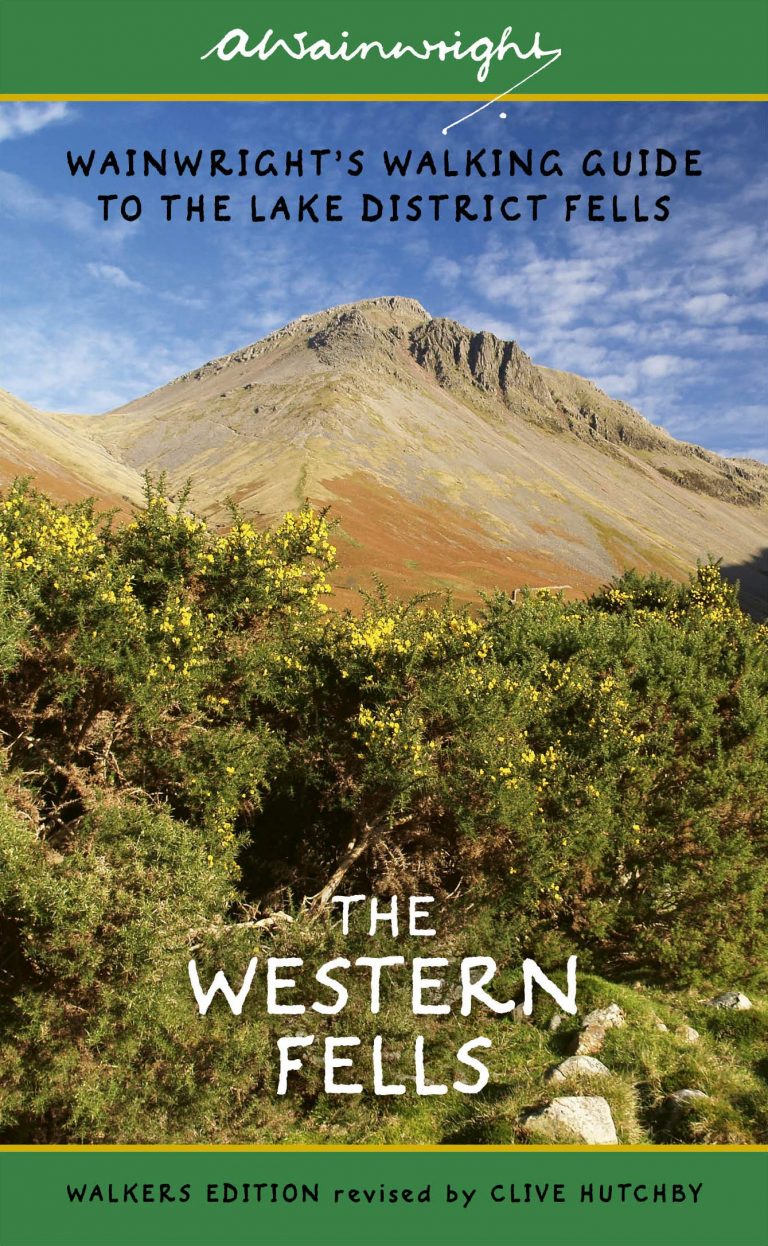 The Western Fells rise gradually from the Cumbrian coastal plain, Wainwright excluding some of the lower specimens nearest the sea. He drew a complex and arbitrary dividing line part way between his intended border at the extremity of the major lakes, and the more distant boundary of the National Park. The few hills thus excluded were covered later in his supplementary volume, The Outlying Fells of Lakeland (1974). The inner boundary is by contrast well-defined. The River Cocker runs along the north eastern edge and Wasdale to the south east. In the acute angle where these valleys converge, border duties are taken up by headwaters of Borrowdale, closing the gap between Honister Pass and Sty Head. Honister connects to the North Western Fells and Sty Head to the Southern.