Download file for GPS
This was a walk of opportunity. On my way to Aberdeen for a meeting, I made a short diversion in order to climb these two peaks. The primary goal was Ben Lawers, a “three point” peak for me; Trig Point, Munro and County Top with a bonus Munro of Beinn Ghlas thrown in for good measure. I didn’t have much time to complete the walk, so was unable to take in a couple of Munro’s that would normally be easy to bag on the same walk.

The rain had been coming down steadily for about 30 minutes as I approached the car park at the rather incongruous visitor centre, stuck out in the middle of nowhere at the foot of this range. But as I stepped out of the car the rain stopped and didn’t start again until just as I was driving away! How’s that for timing?

I’m really not sure why there should be a visitor centre here, and I didn’t really want to ask the two old guys staffing the counter. They asked me to make a small donation to use the toilet, but I only had notes on me so I said I’d have to go back to the car and pop back in a minute. I didn’t return for nearly 4 hours! They must have thought I was taking the piss (pun intended!). The car park runs on the same voluntary contribution scheme, which seems odd when they obviously have an expensive visitor centre to maintain. They only ask for £2 though and that’s nothing when you compare it to parking in some of the honey pot car parks in the Lakes.

I must say I thoroughly enjoyed this walk, it was a short, sharp hike up a steep incline for much of the way, but the views were intense and the path was well defined and maintained all the way to Ben Lawers. I also had the hill pretty much to myself. I passed one guy on the way up, who gave up before Beinn Ghlas, I saw three or four people coming down and I met three guys on the summit, other than that it was a solitary, quiet walk.

It’s still a bit early for me to add “Munros” to the bagging list section of the site as these were only numbers two and three, but once I’ve completed the Wainwrights, maybe these will be my next target? 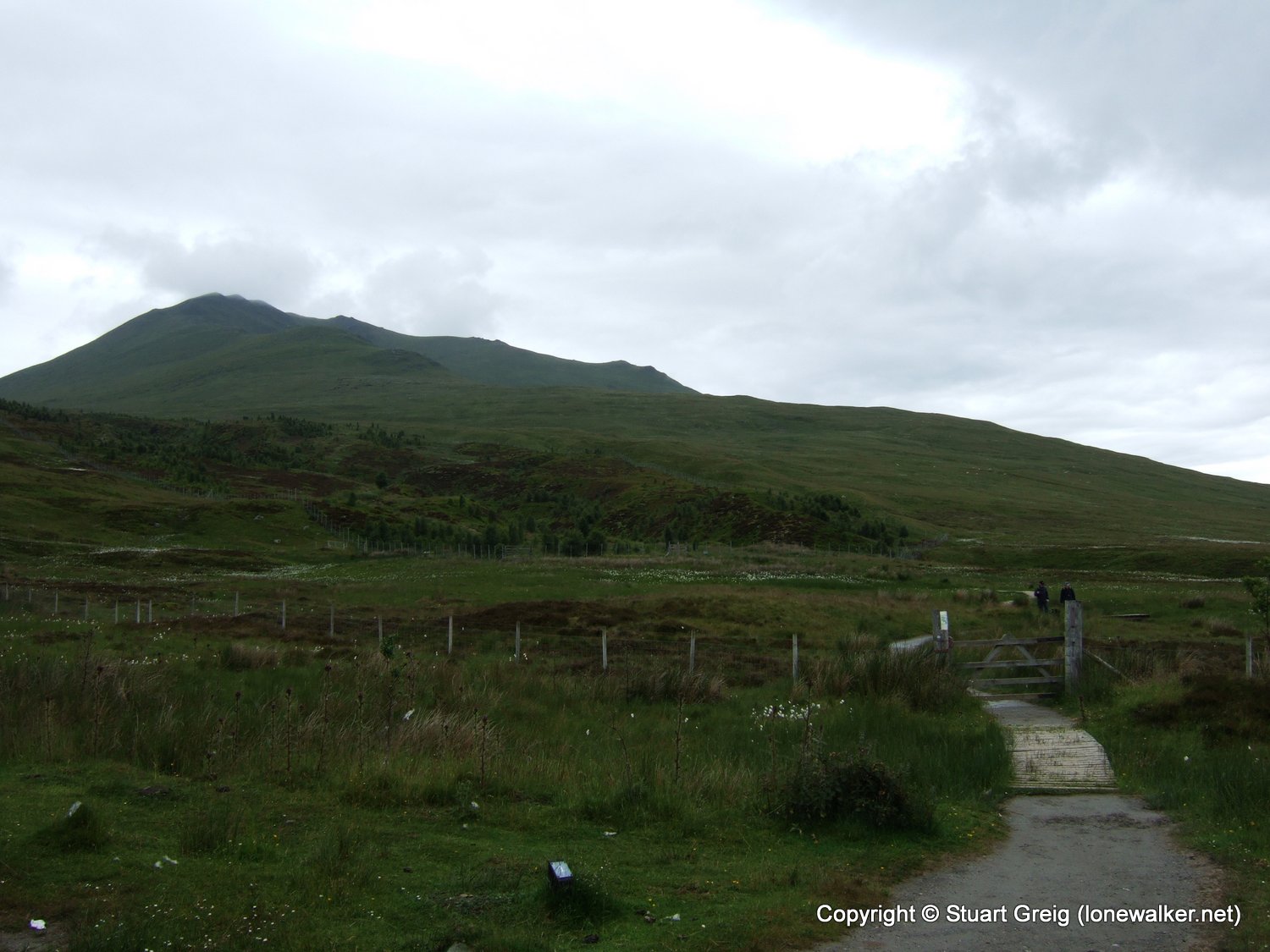 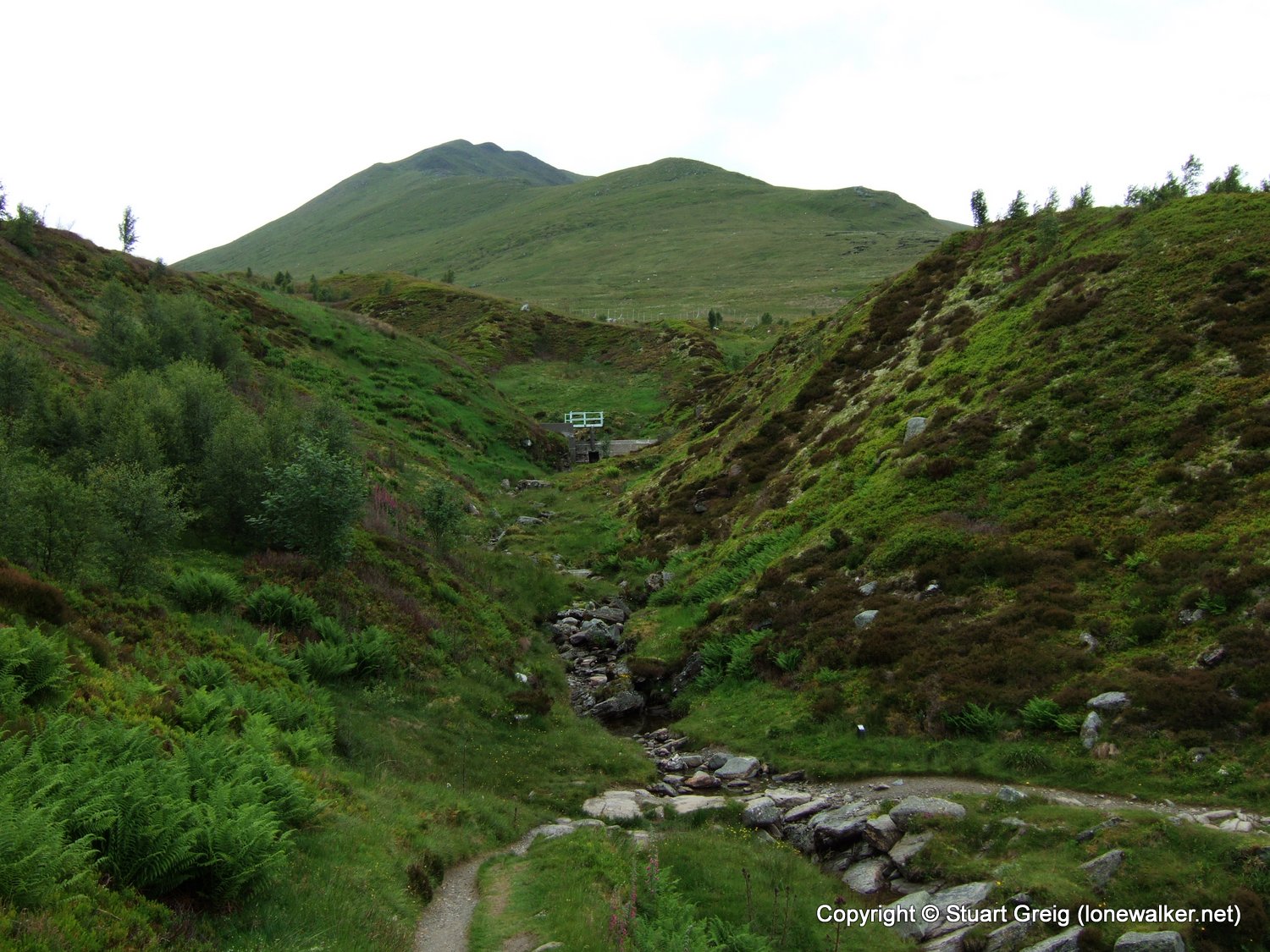 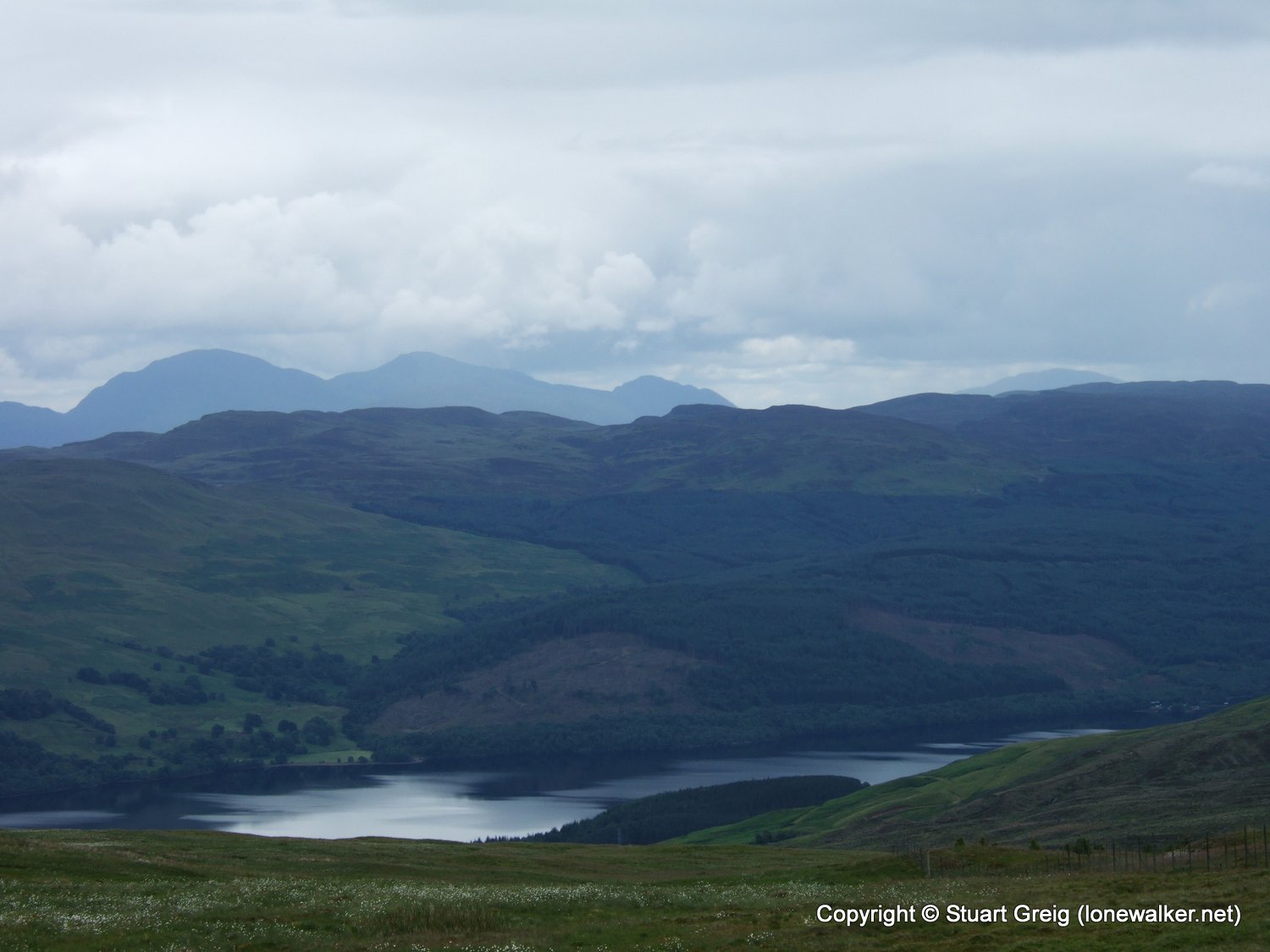 Looking back to Loch Tay (ever present) and big hills beyond 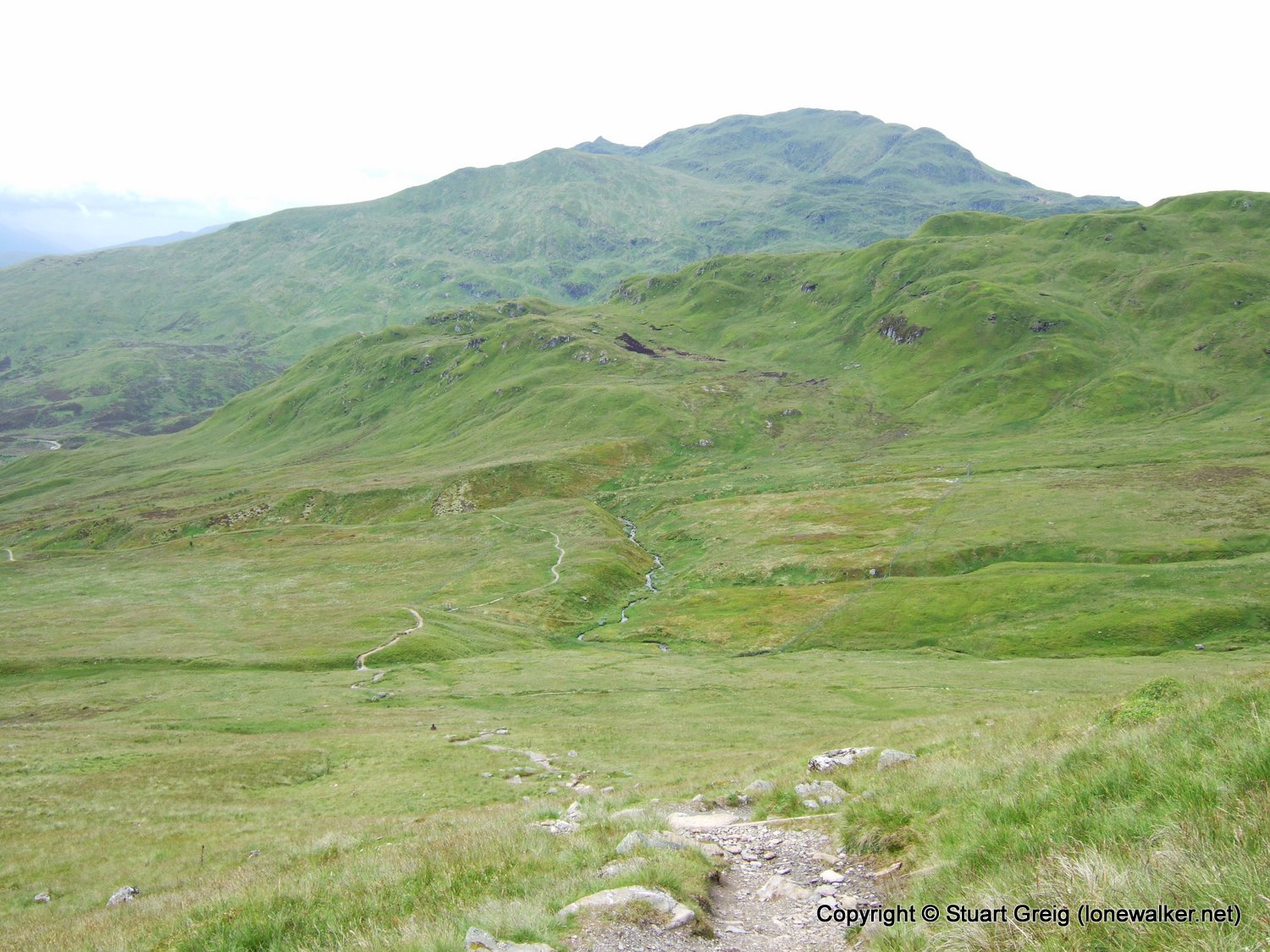 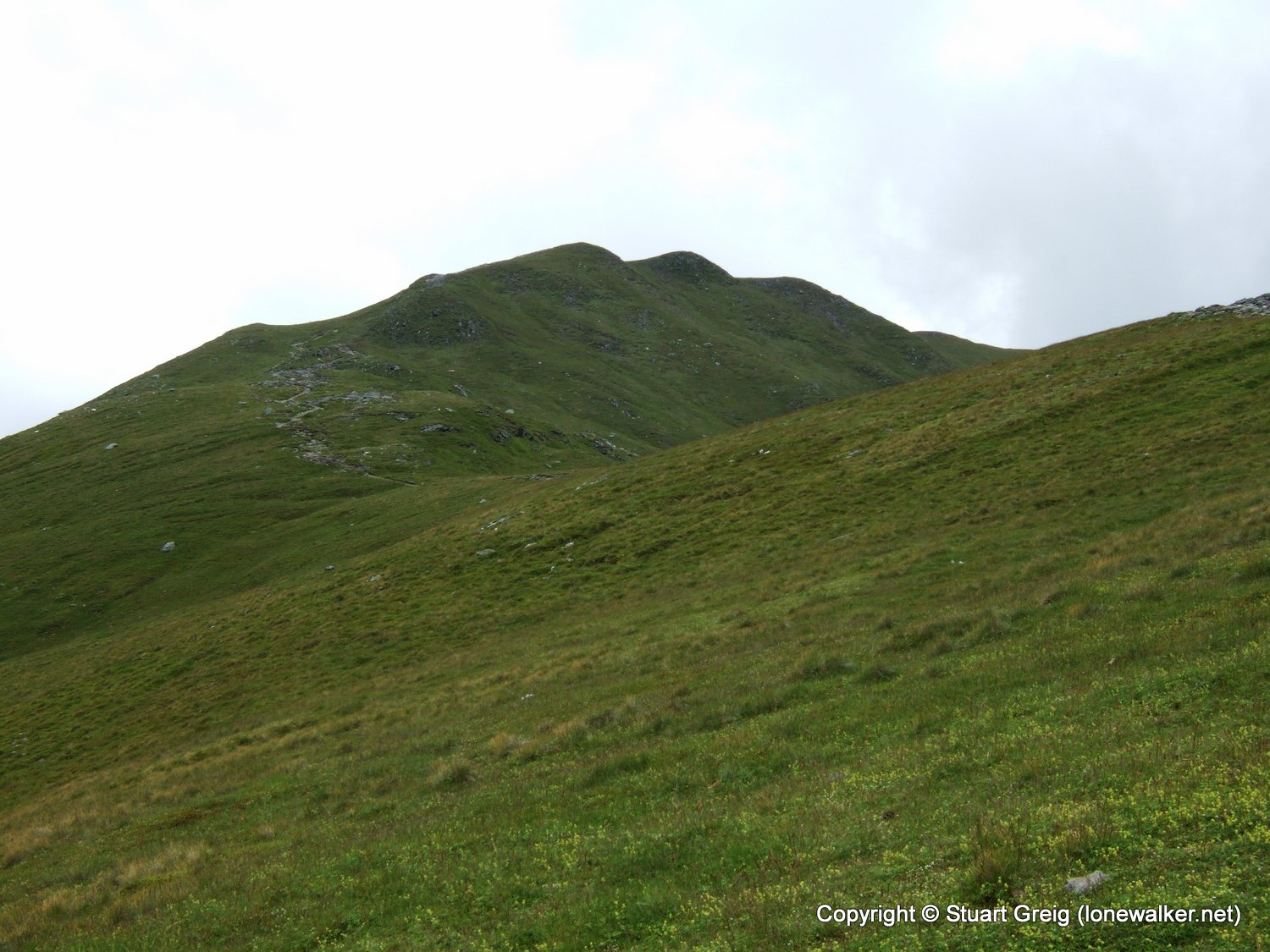 Looking ahead to Beinn Ghlas 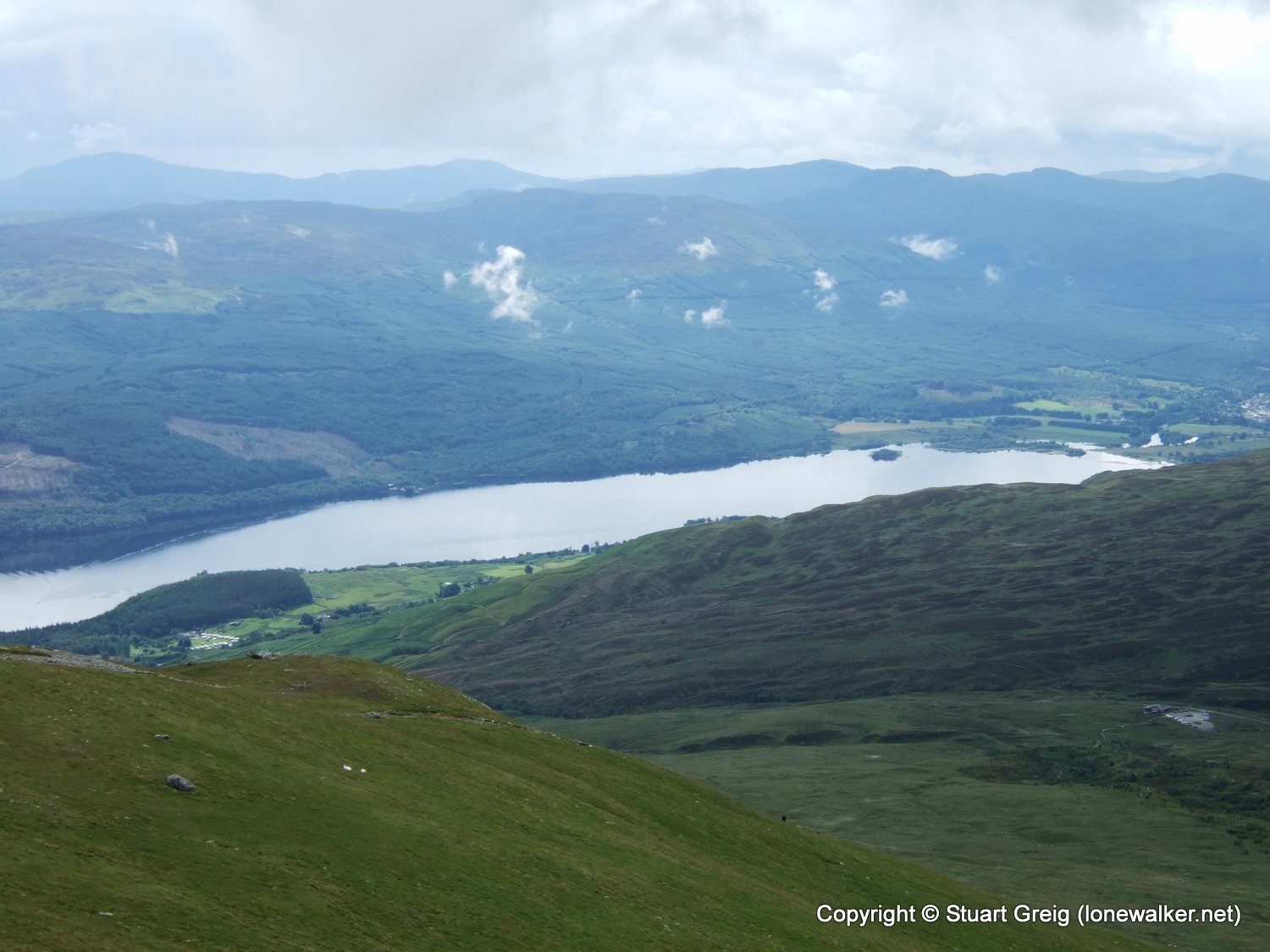 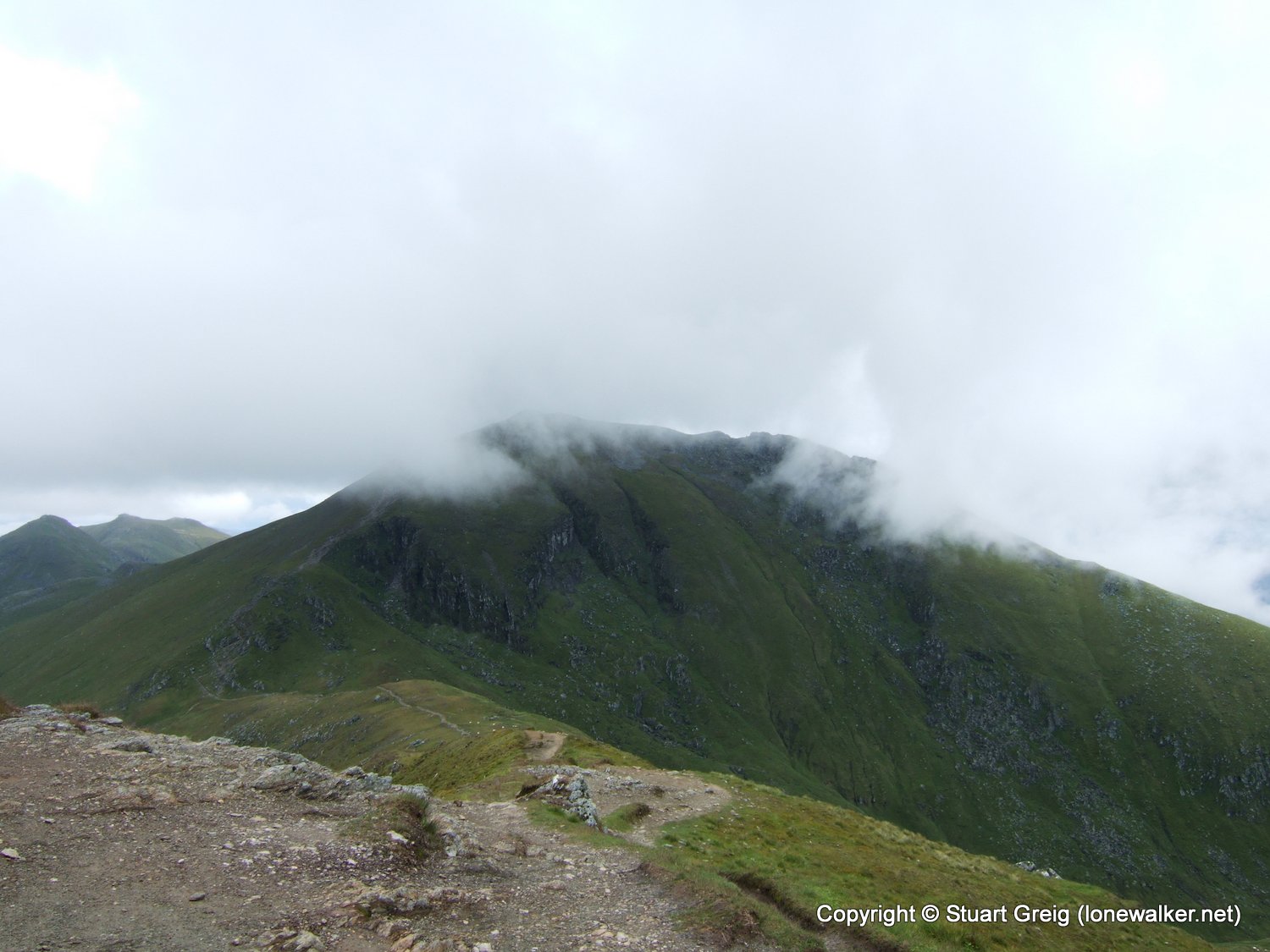 First view of Ben Lawers from summit of Beinn Ghlas 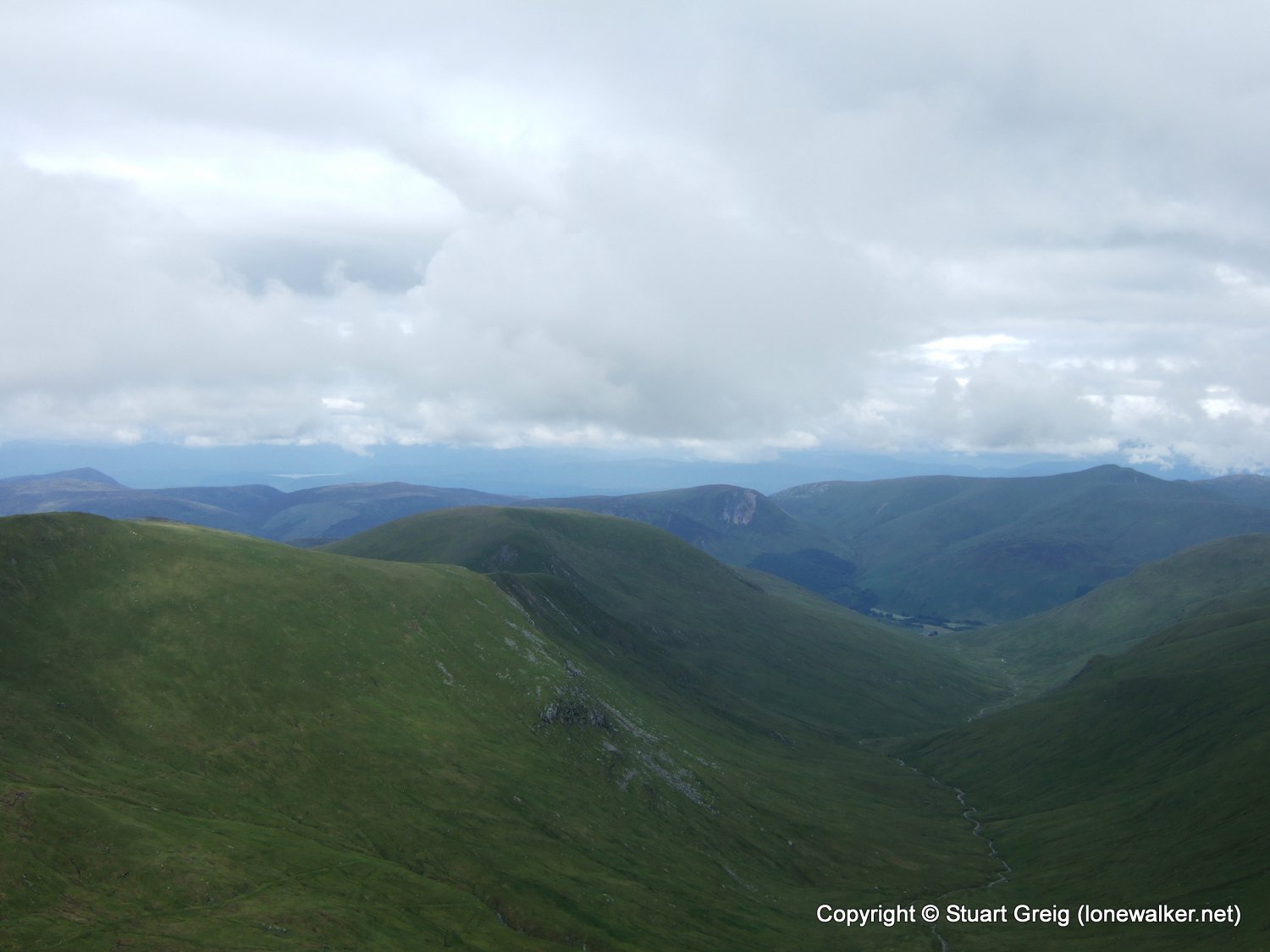 Allt a’ Chobhair (the burn) runs down the centre of the valley, ahead in the distance is Glen Lyon and Carn Gorm (top right) 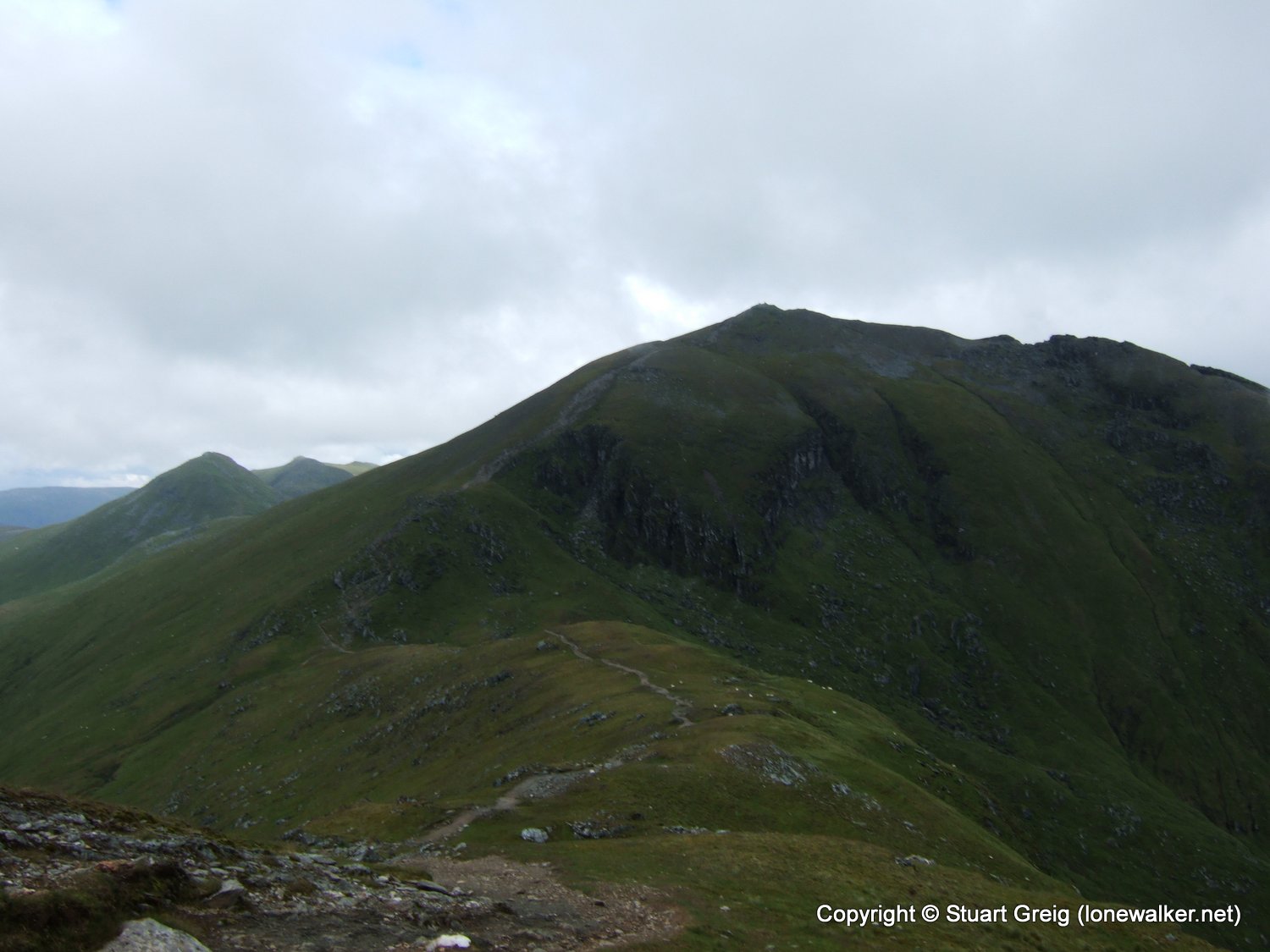 Ben Lawers with no cloud this time, it stayed clear pretty much all the way up from now on 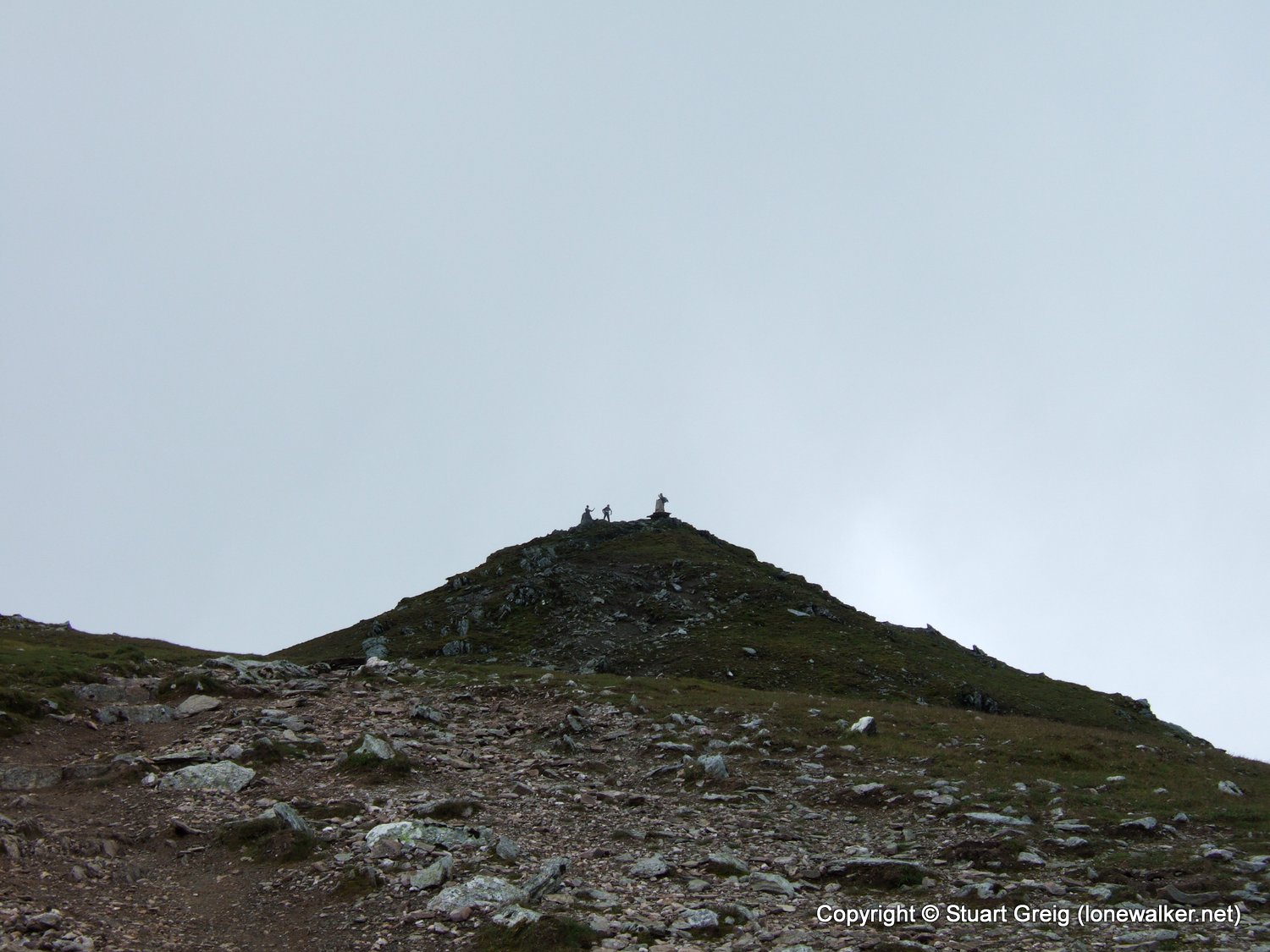 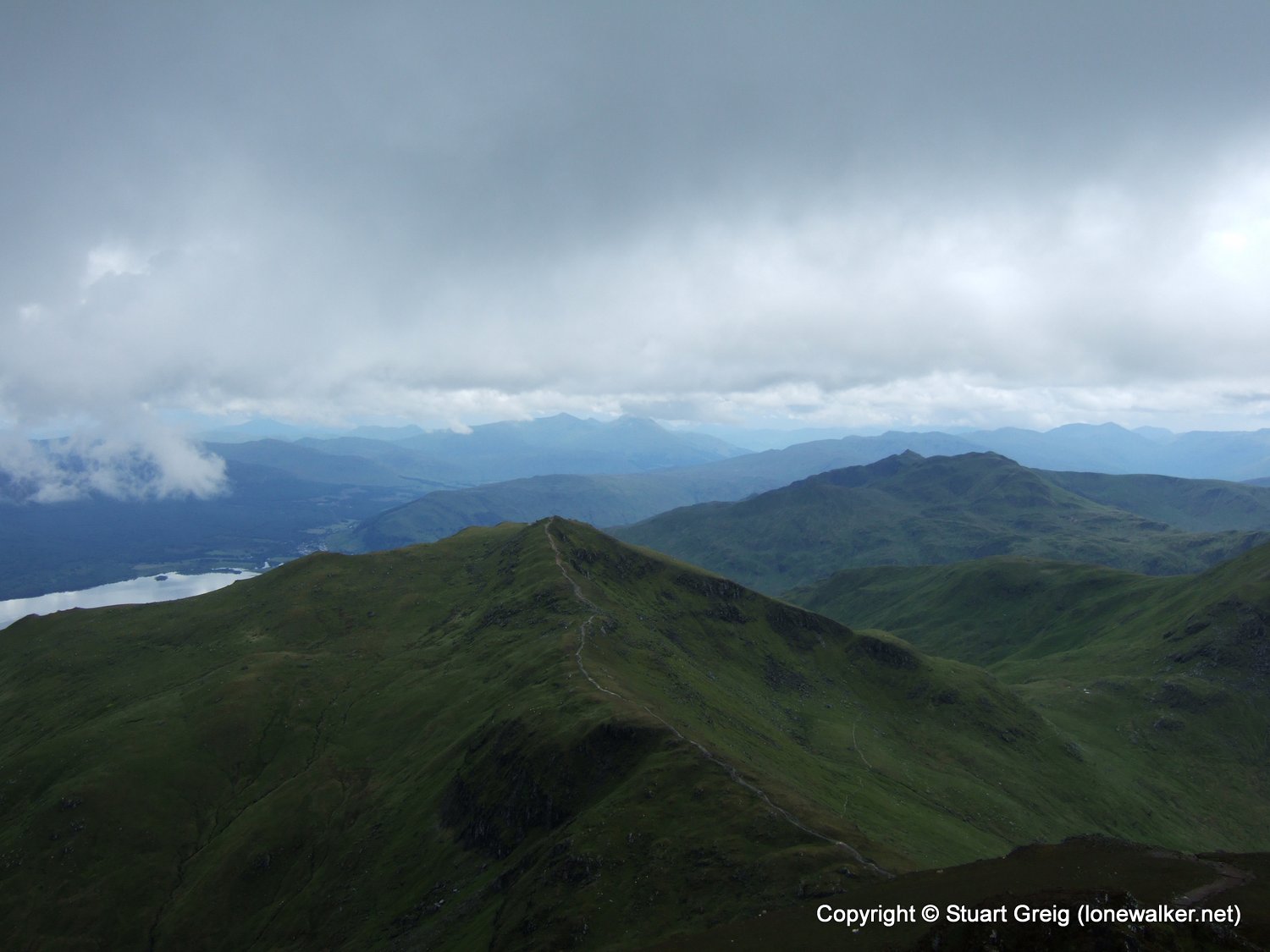 Looking back to Beinn Ghlas with Loch Tay behind 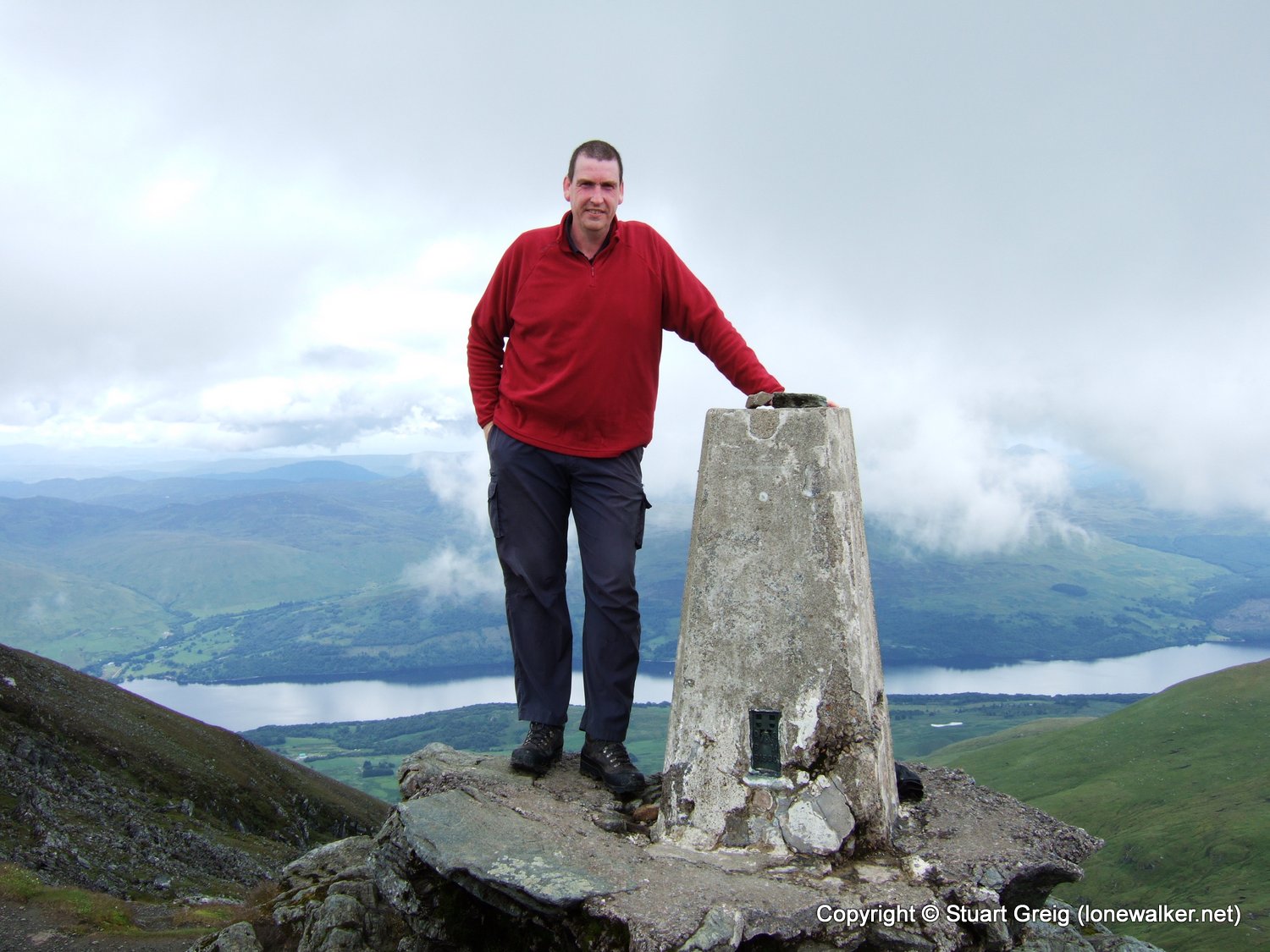 Me on the summit of Ben Lawers 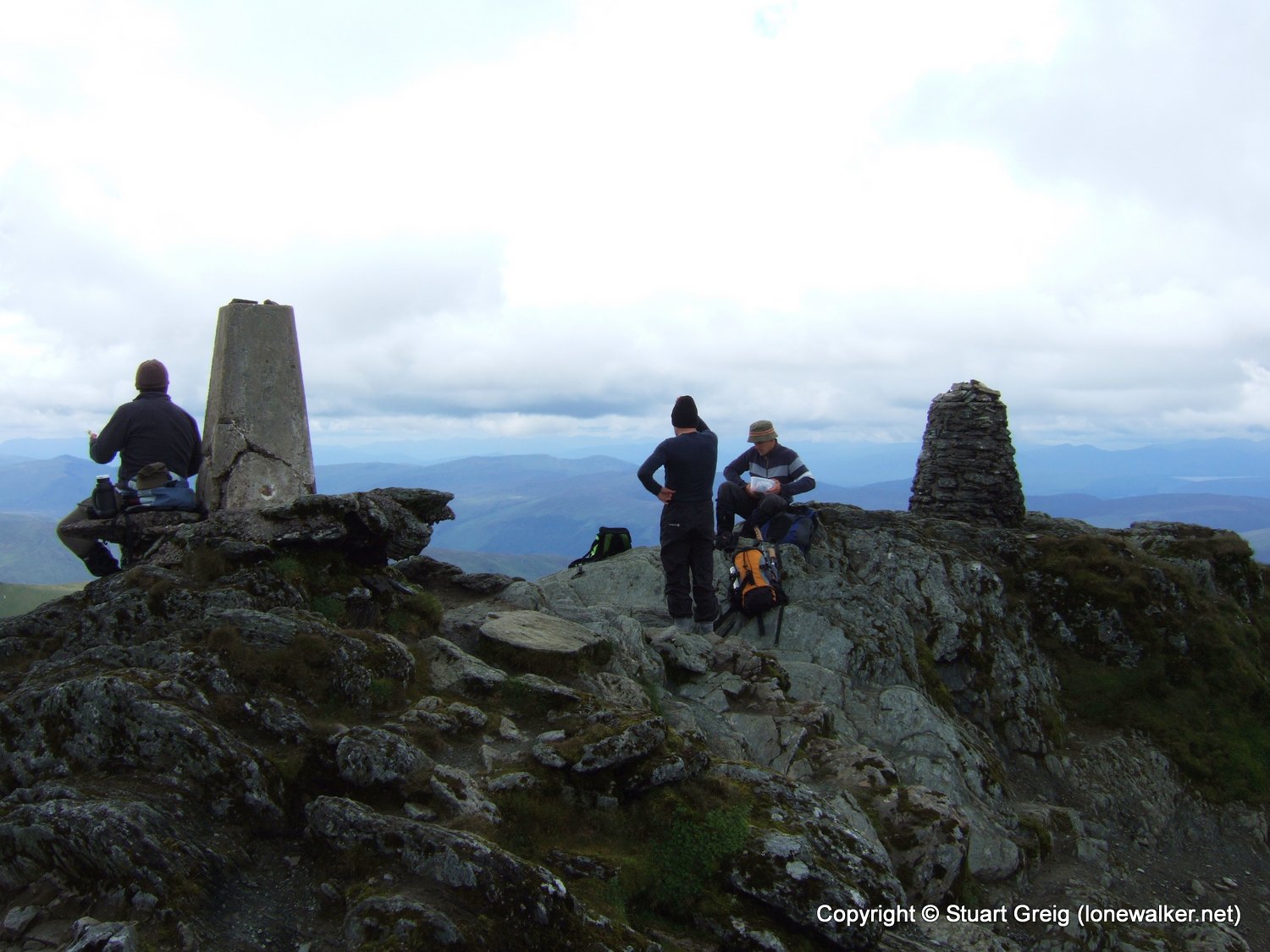 The summit of Ben Lawers 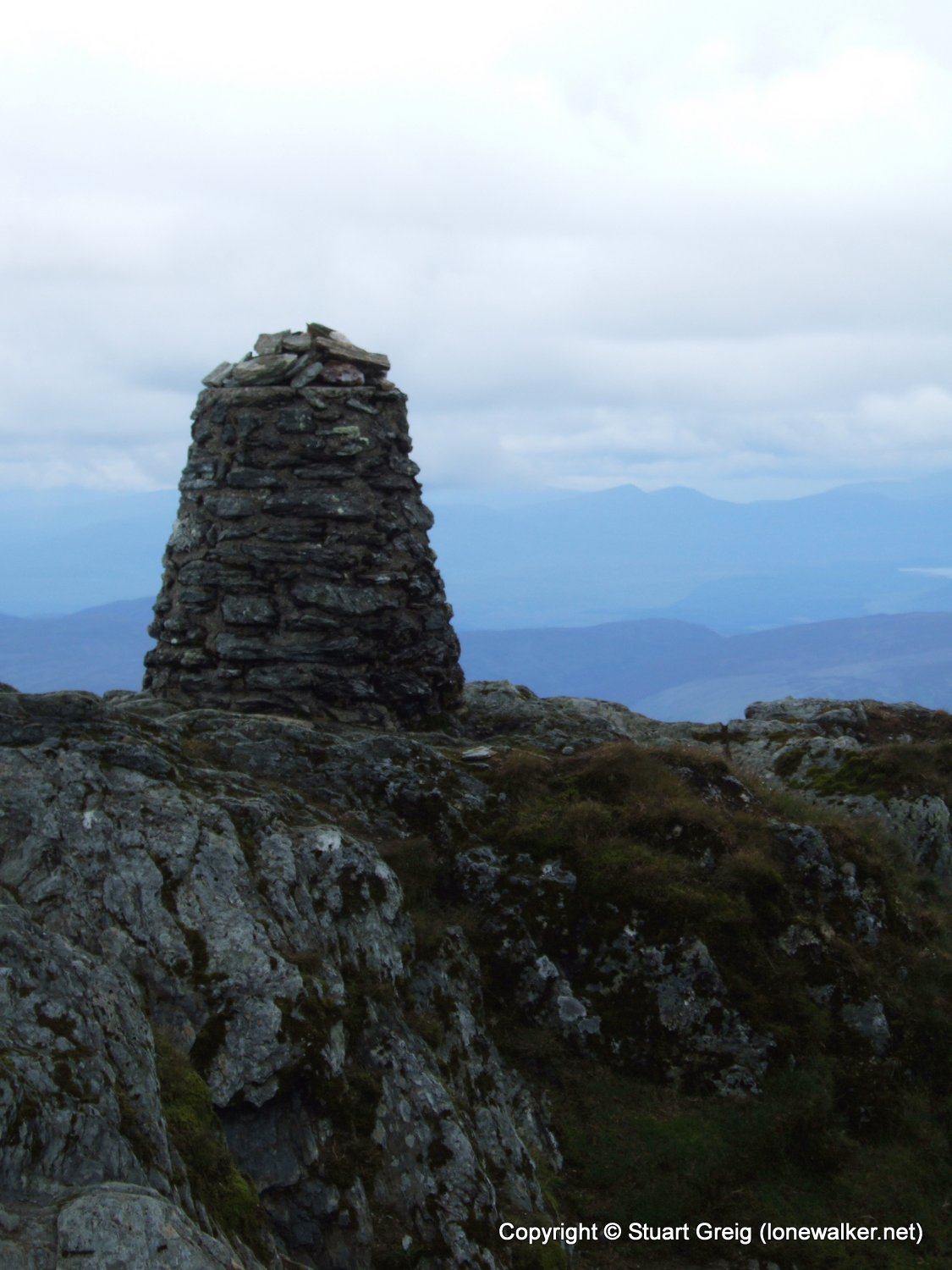 The summit cairn on Ben Lawers 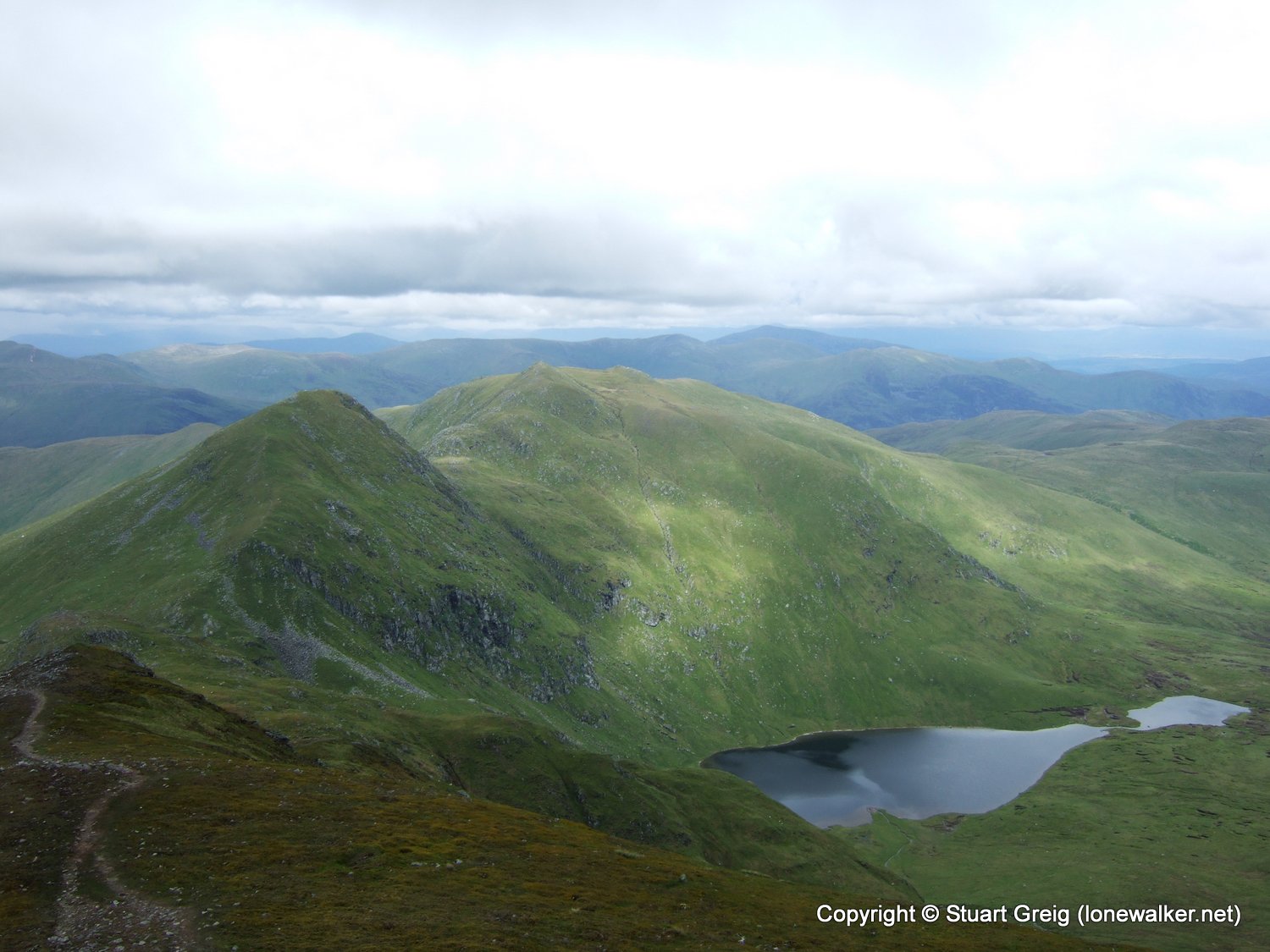 Looking along the ridge to An Stuc and Meall Garbh, both Munros and Lochan nan Cat at their base 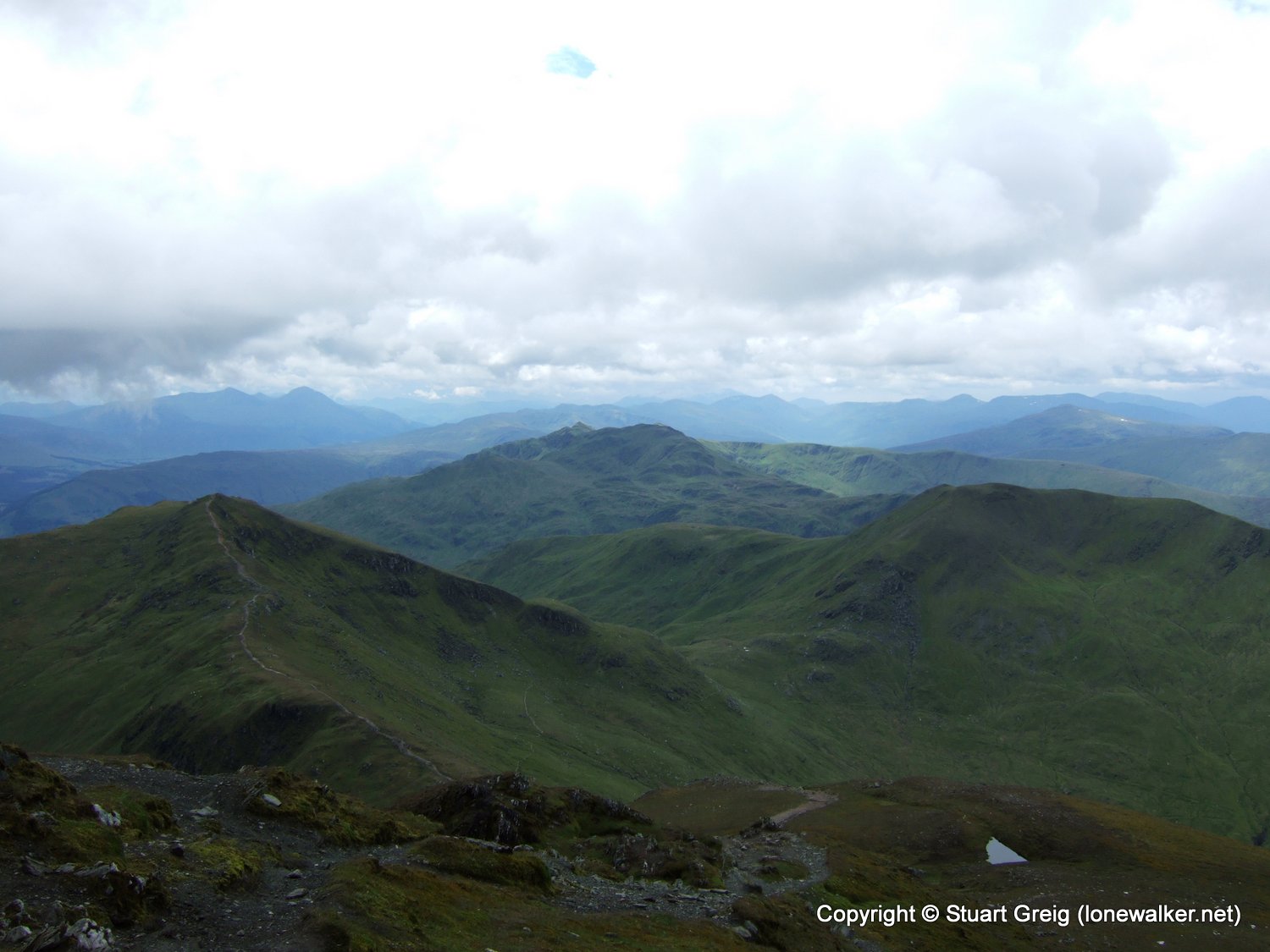 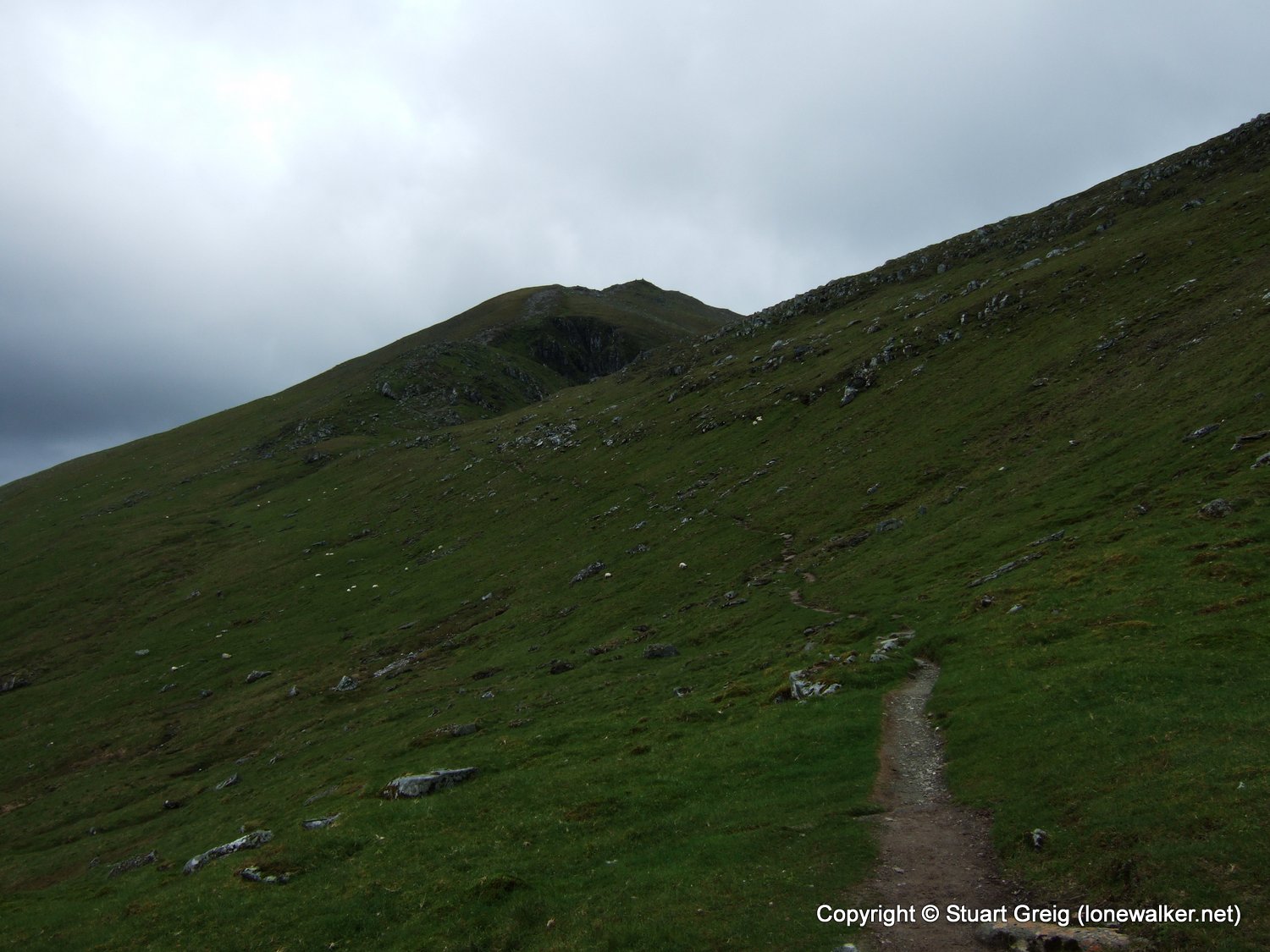 Looking back up the path to Ben Lawers, as it descends below the face of Beinn Ghlas back to the valley 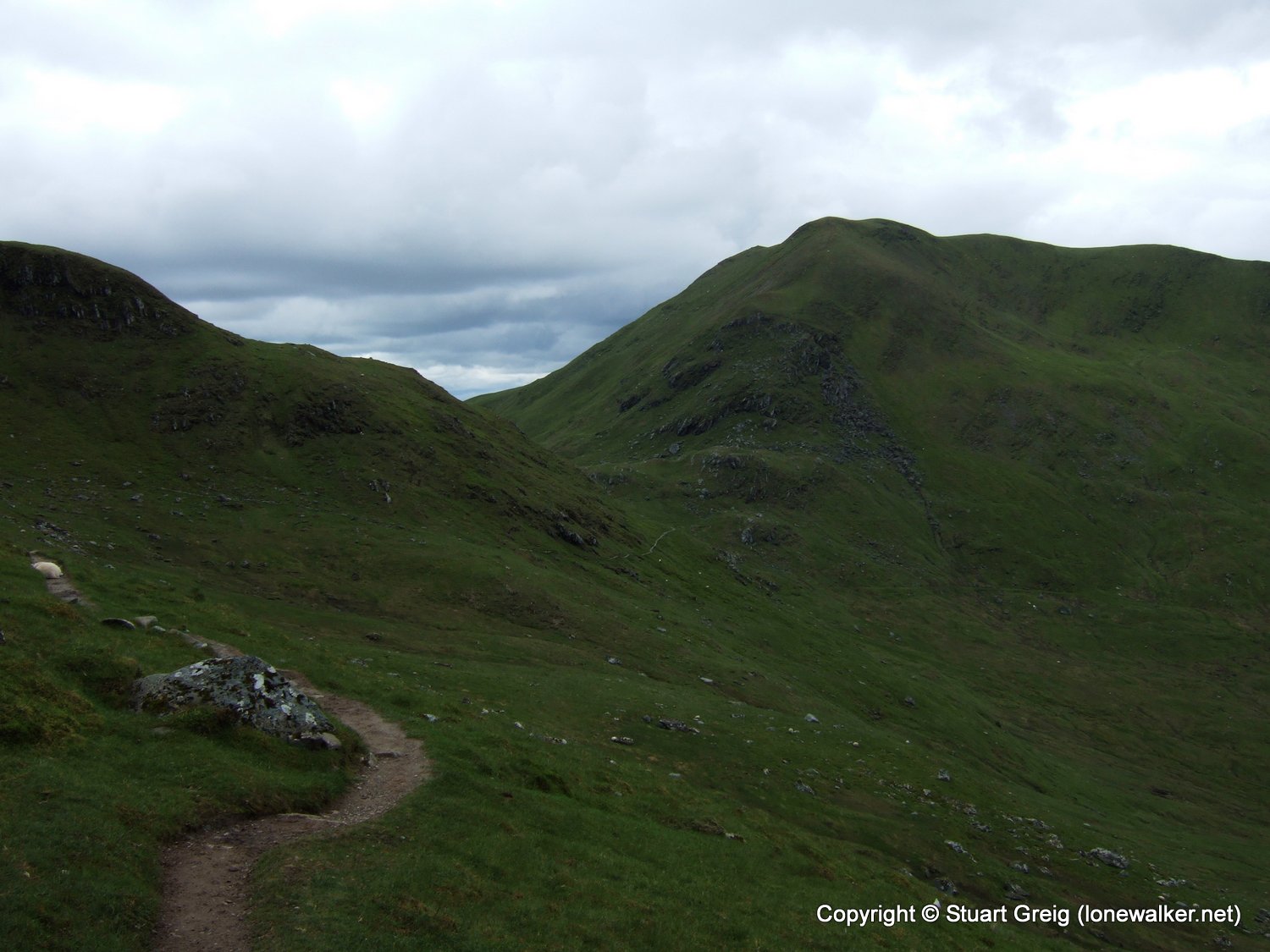 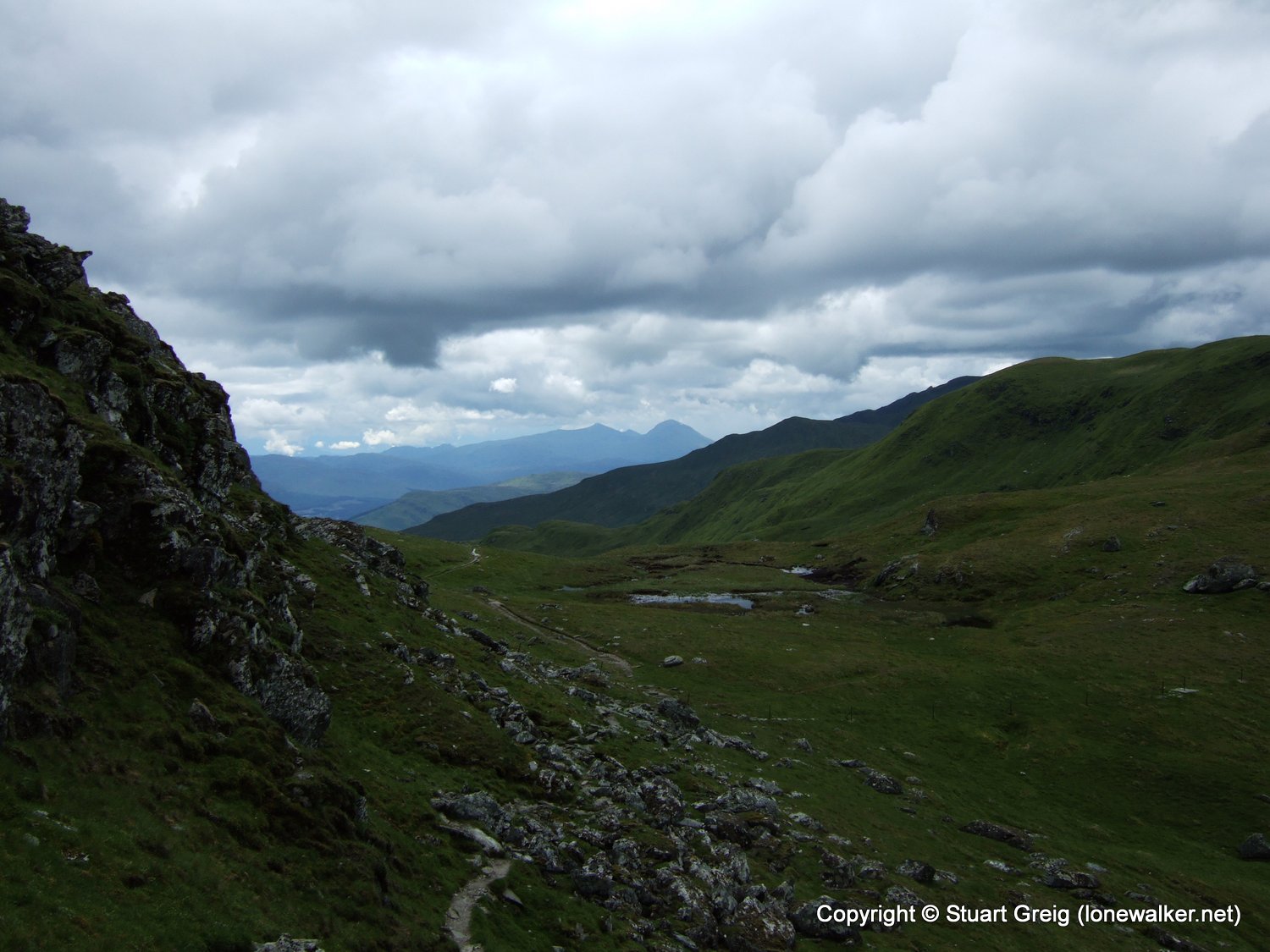 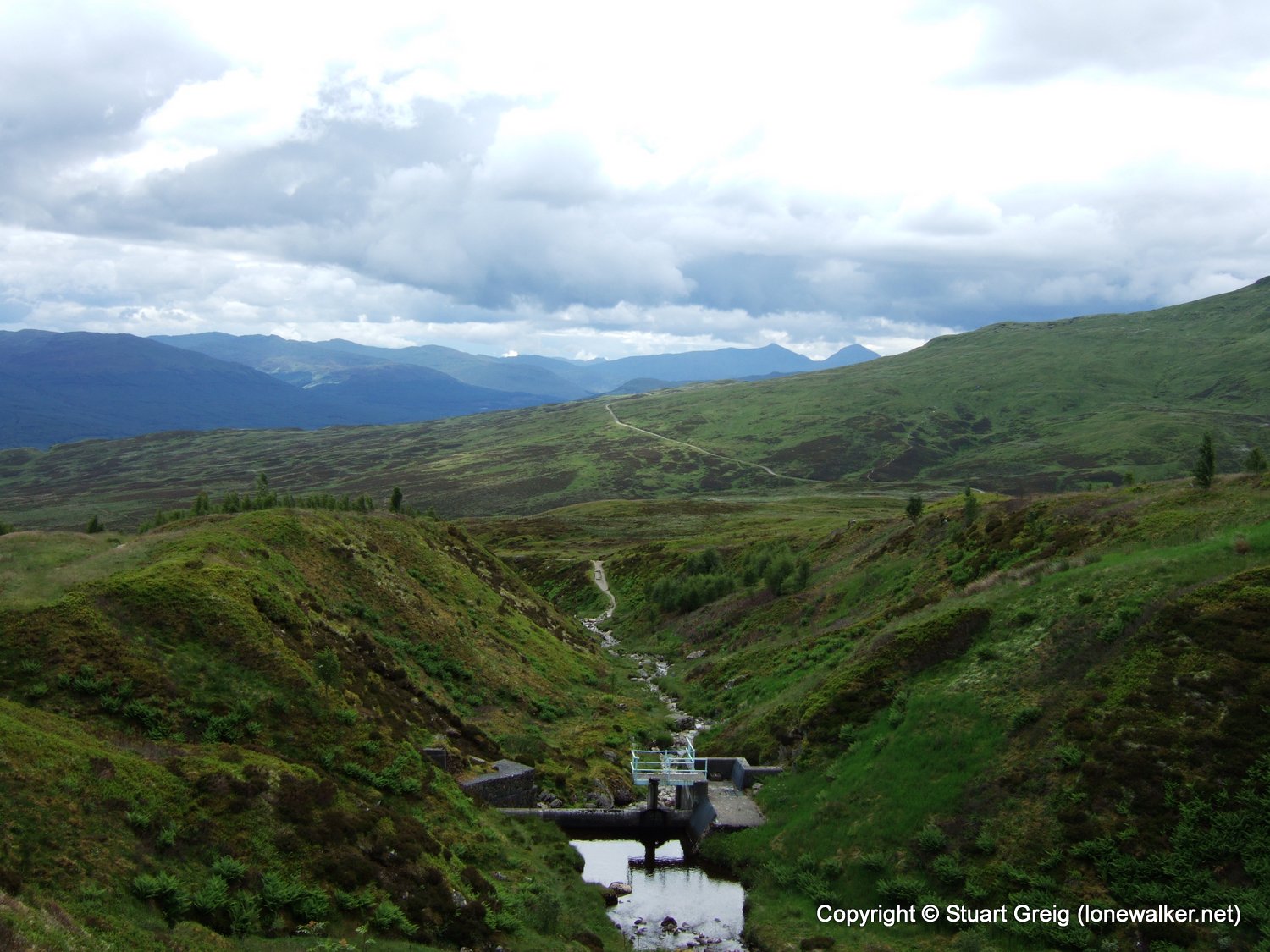 Returning back through the valley

I finished the day off in what can only be described as the most expensive and most inefficient chip shop I have ever had the misfortune to visit. The fact that the chips were excellent and the battered sausages superb only partially makes up for this place. Mike’s “World Famous” Chippy, in Inverurie was staffed by 6 people and you order as you enter, and pay at the same time. I then waited 15 minutes to get my food, which during all this time was sitting, ready in the glass oven affair over the fryer. I paid £2 each for the battered sausages and £1.50 for the smallest tray of chips I’ve ever seen. I counted them – there were 43 chips! 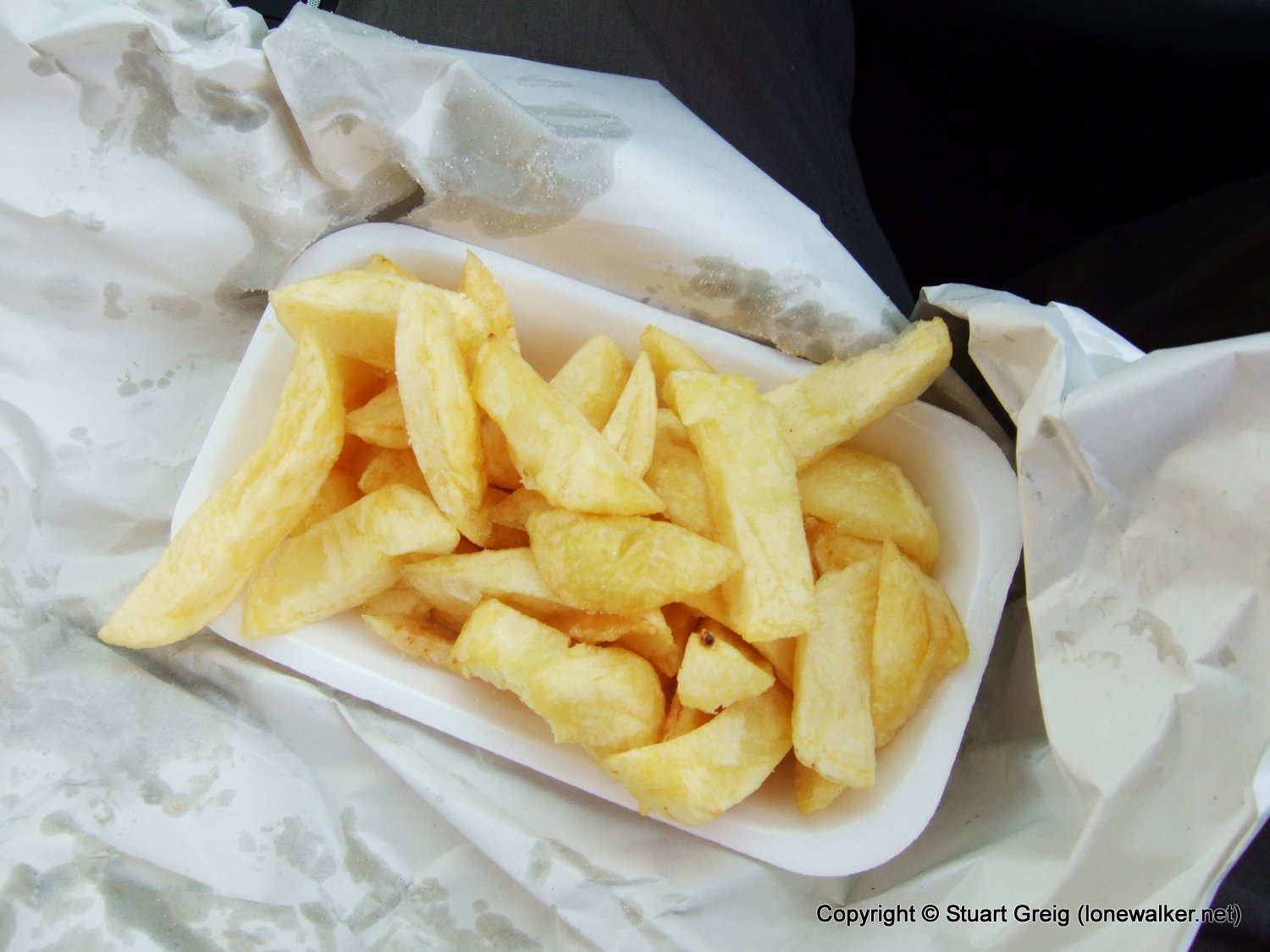