Download file for GPS
I spent about 5 minutes trying to get the parking machine in the National Trust car park to take my £3.20. My fingers were cold and numb and I eventually gave up after 20 or 30 attempts. The coins either fell straight through, or got jammed in the works, whereupon I would have to beat the machine severely before it would return my coin. I returned to the car and found a paper napkin and a pen and wrote out a note explaining the lack of a functioning ticket machine which I left on my dashboard in lieu of a ticket. As I walked through the village I found loads of roadside parking and all the local residents requested was you put £1 in a milk churn, where your coin would ring a small bell inside – quite novel. I paid my pound and went and retrieved my car from the NT car park.

So much for the NT! Even their toilets were closed (for renovations apparently), so I was forced to use a portaloo. A little tip here. Although they are obviously uni-sex in design, always try and use one allocated to ladies – they keep a much cleaner loo than we blokes do!

There was always going to be far too much water in the system for me to walk up Gordale Scar today, but I’ve not been here before and I wanted to see it, so I took the long detour and I wasn’t disappointed. It’s a truly awesome spectacle and worth the mile or so I walked out of the way to see it. My photos don’t do it justice. There wasn’t enough light really and many of my shots came out blurred and dark. I will revisit in the summer and try and walk up the waterfall – that looked seriously impressive.

I had a great walk, although my fitness levels have dropped off significantly over the past few weeks, so the last three or four miles were very hard going and I suffered really badly the next day. I never intended this to be the last walk of 2008, I’d planned to walk several times over the Christmas period, but as it turned out I never felt up for it. On the whole, not a bad walk to finish the year on. 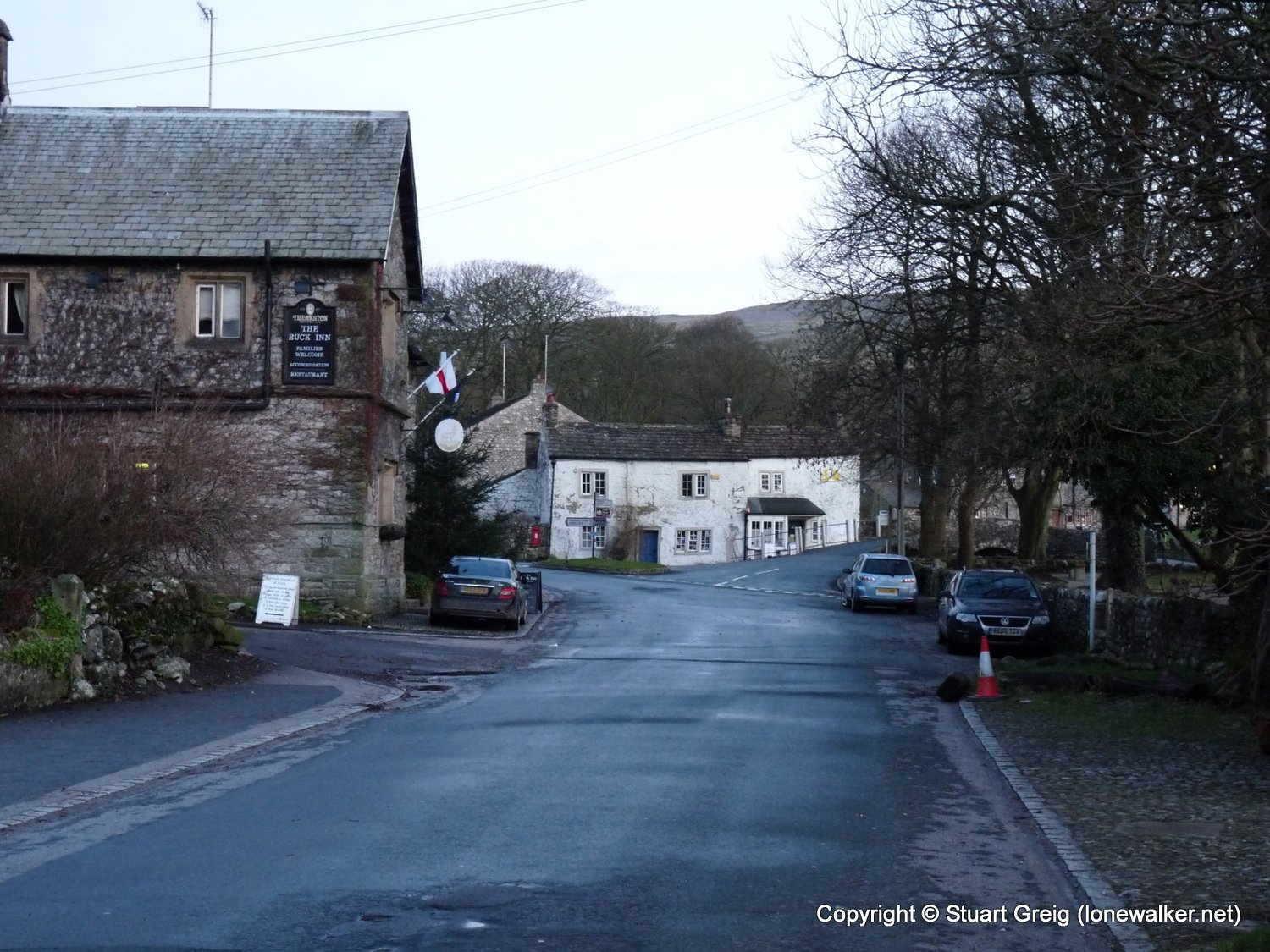 The early morning peace and quiet in Malham village 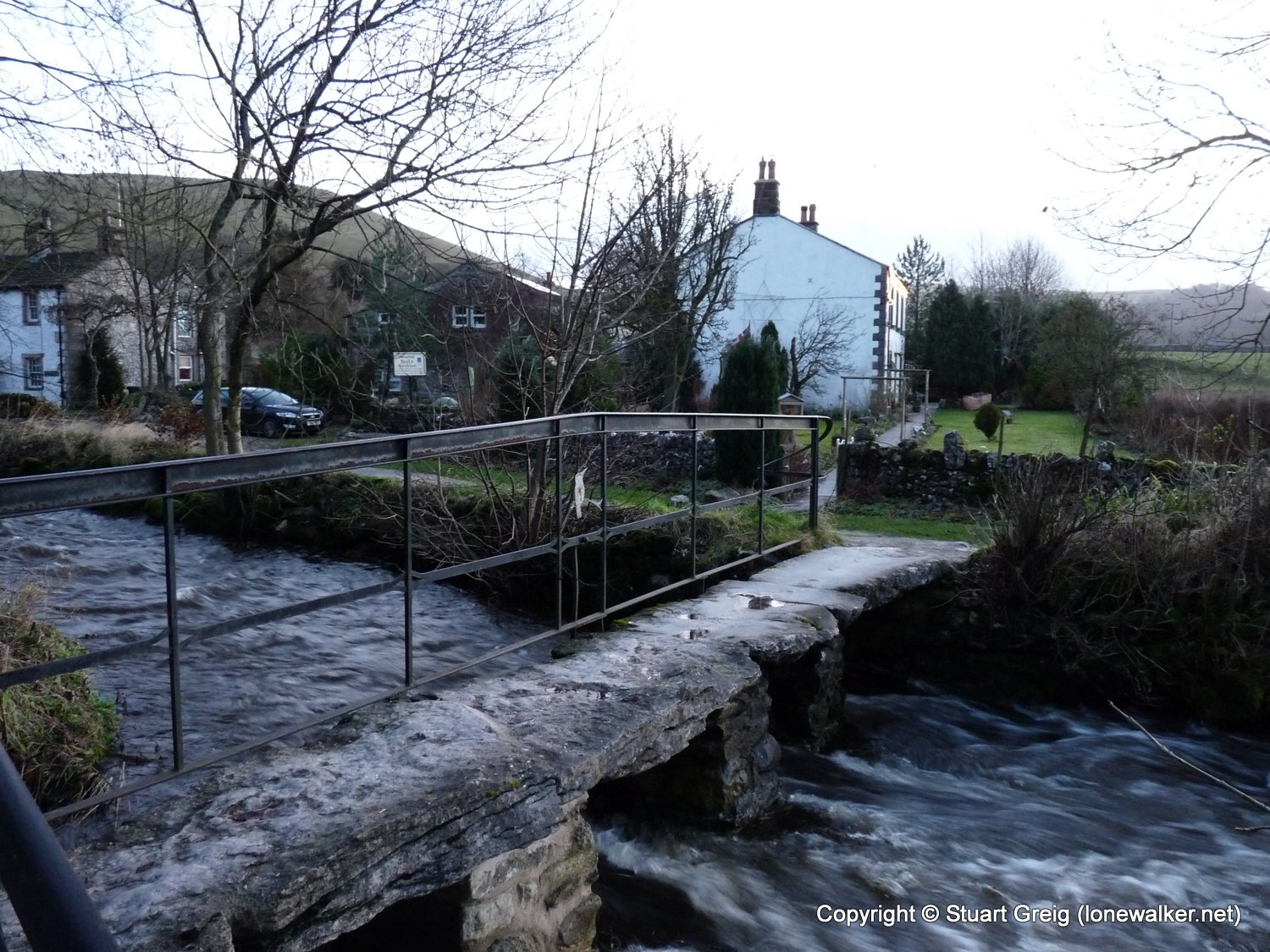 Old stone bridge in Malham village over the flooded beck 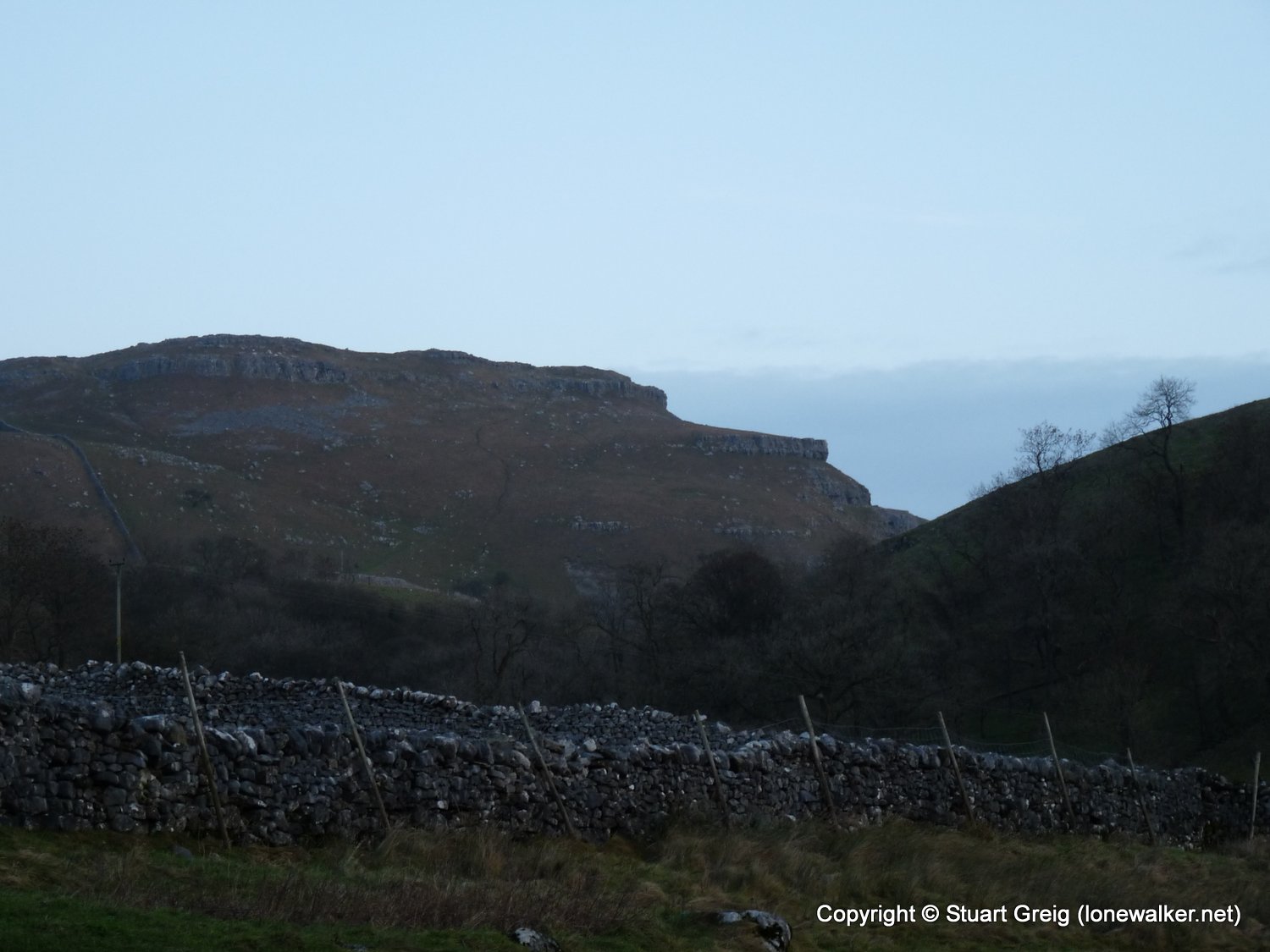 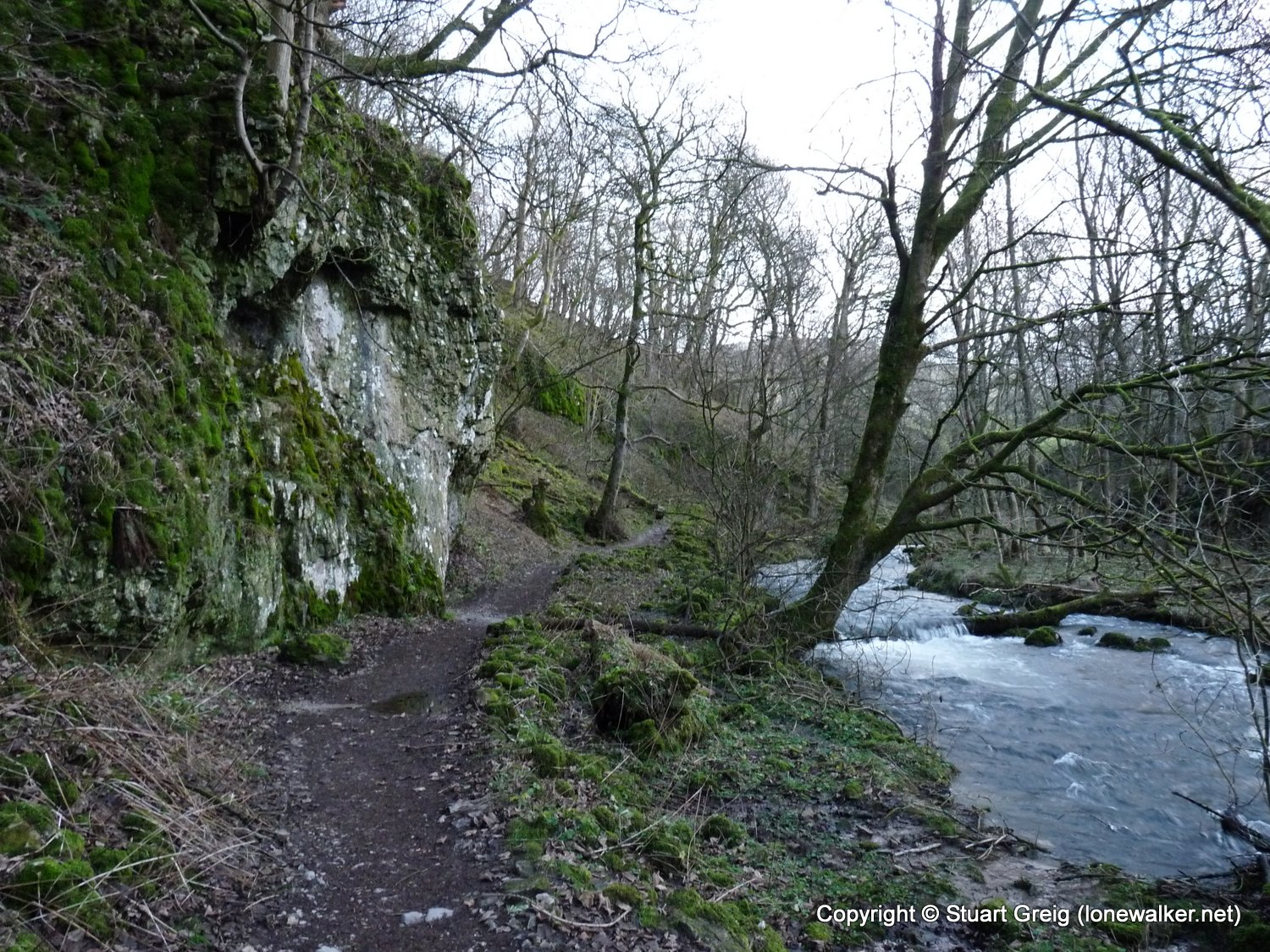 The path to Janet’s Foss, beside Gordale Beck 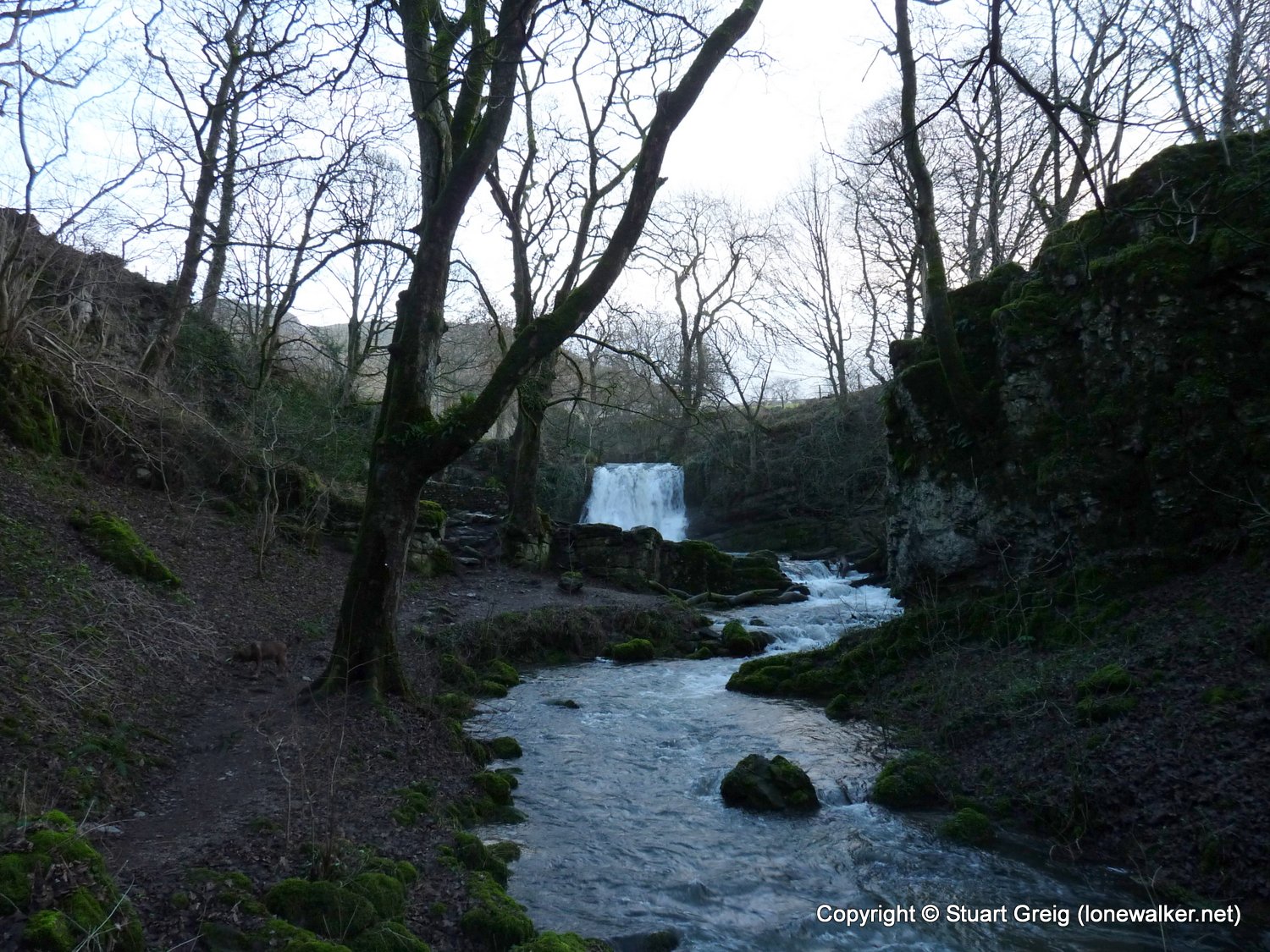 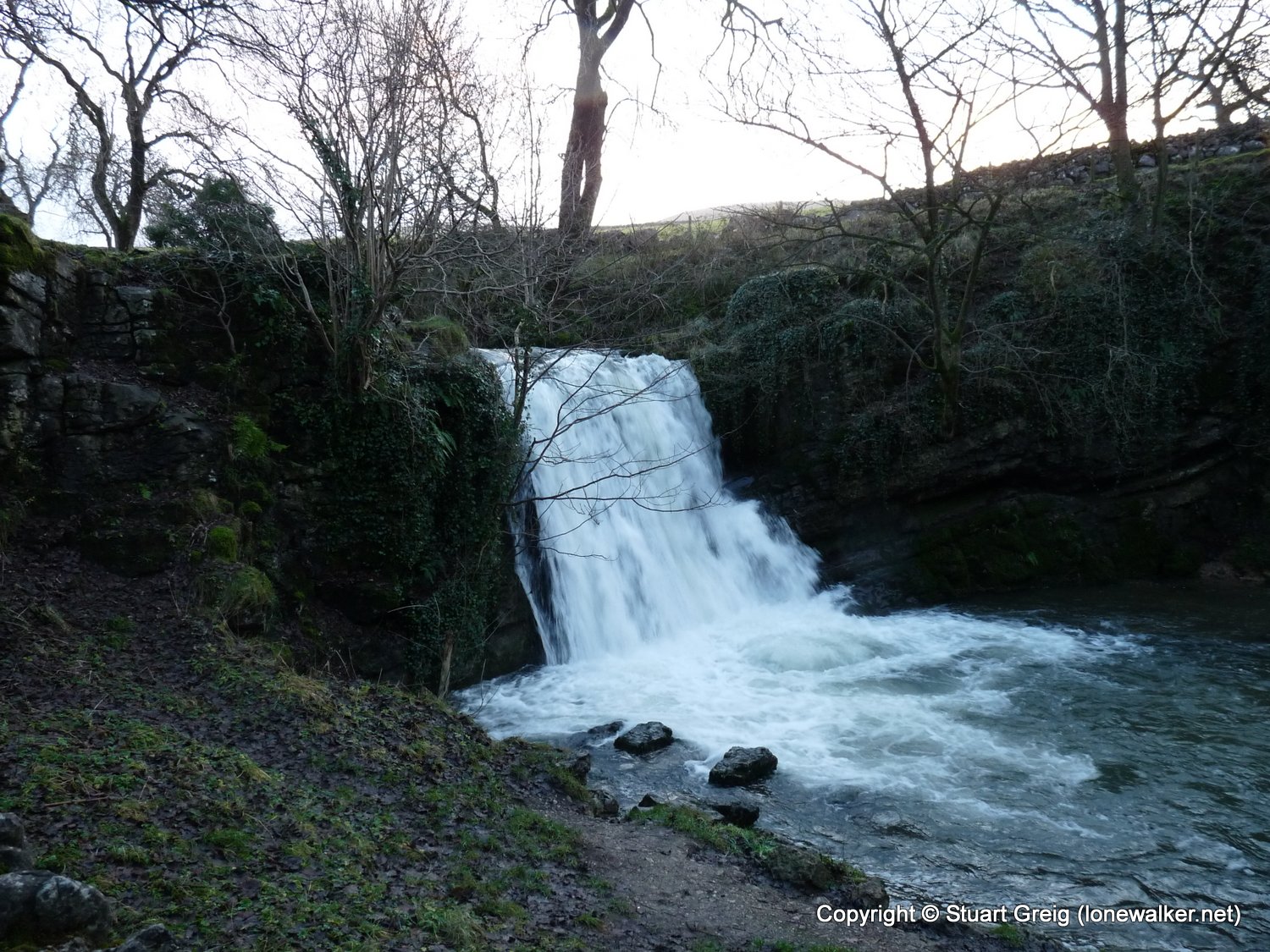 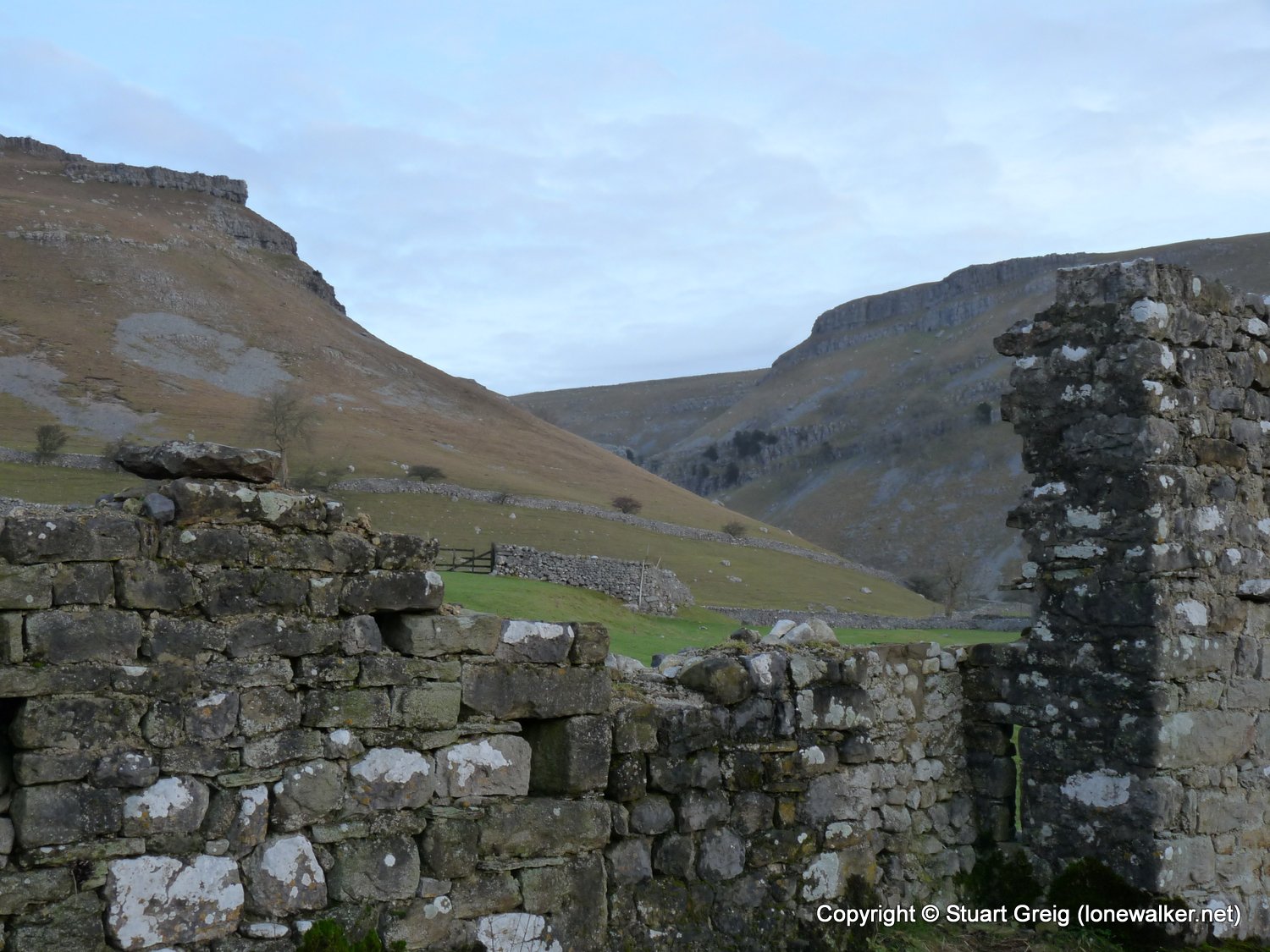 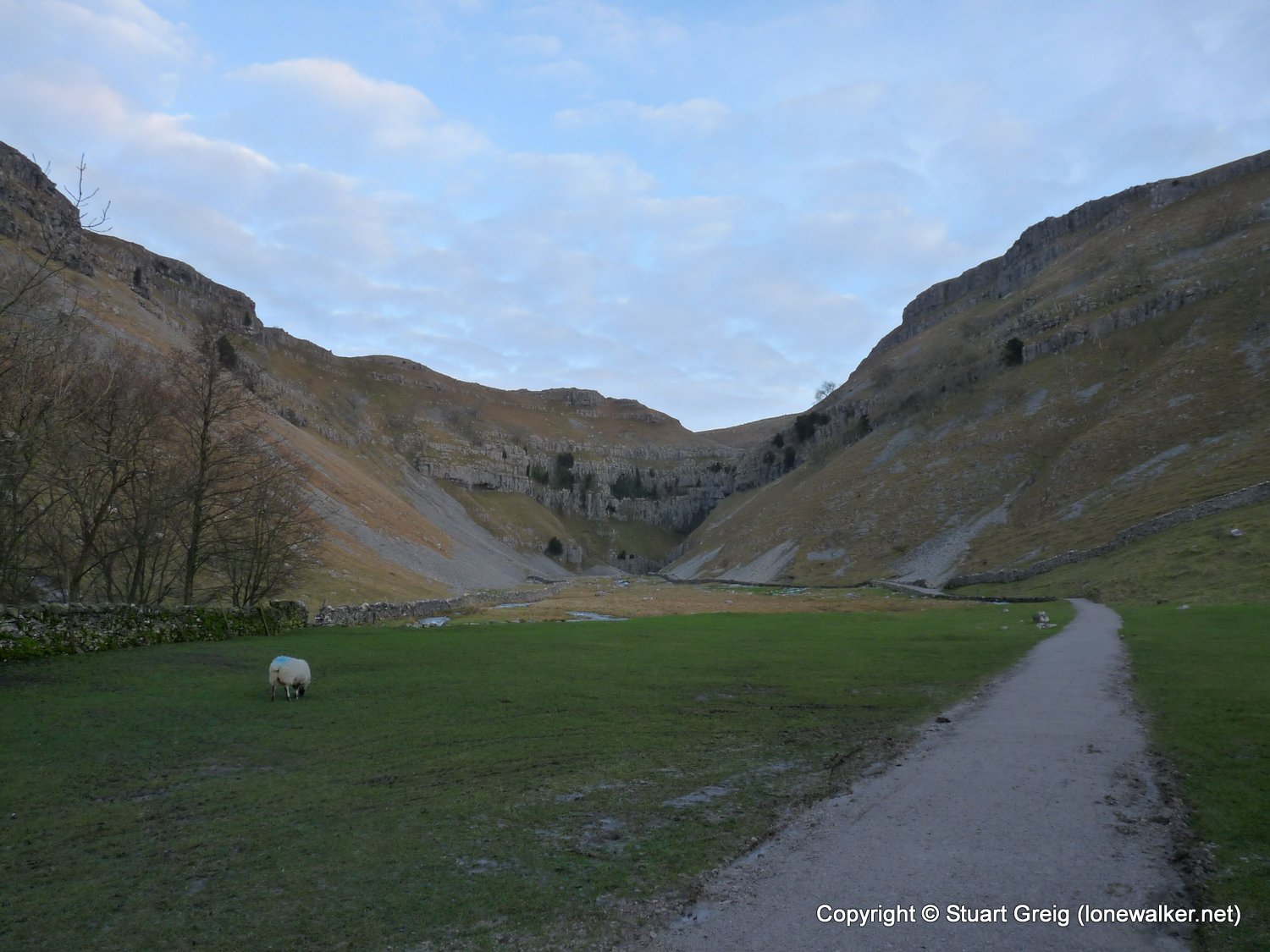 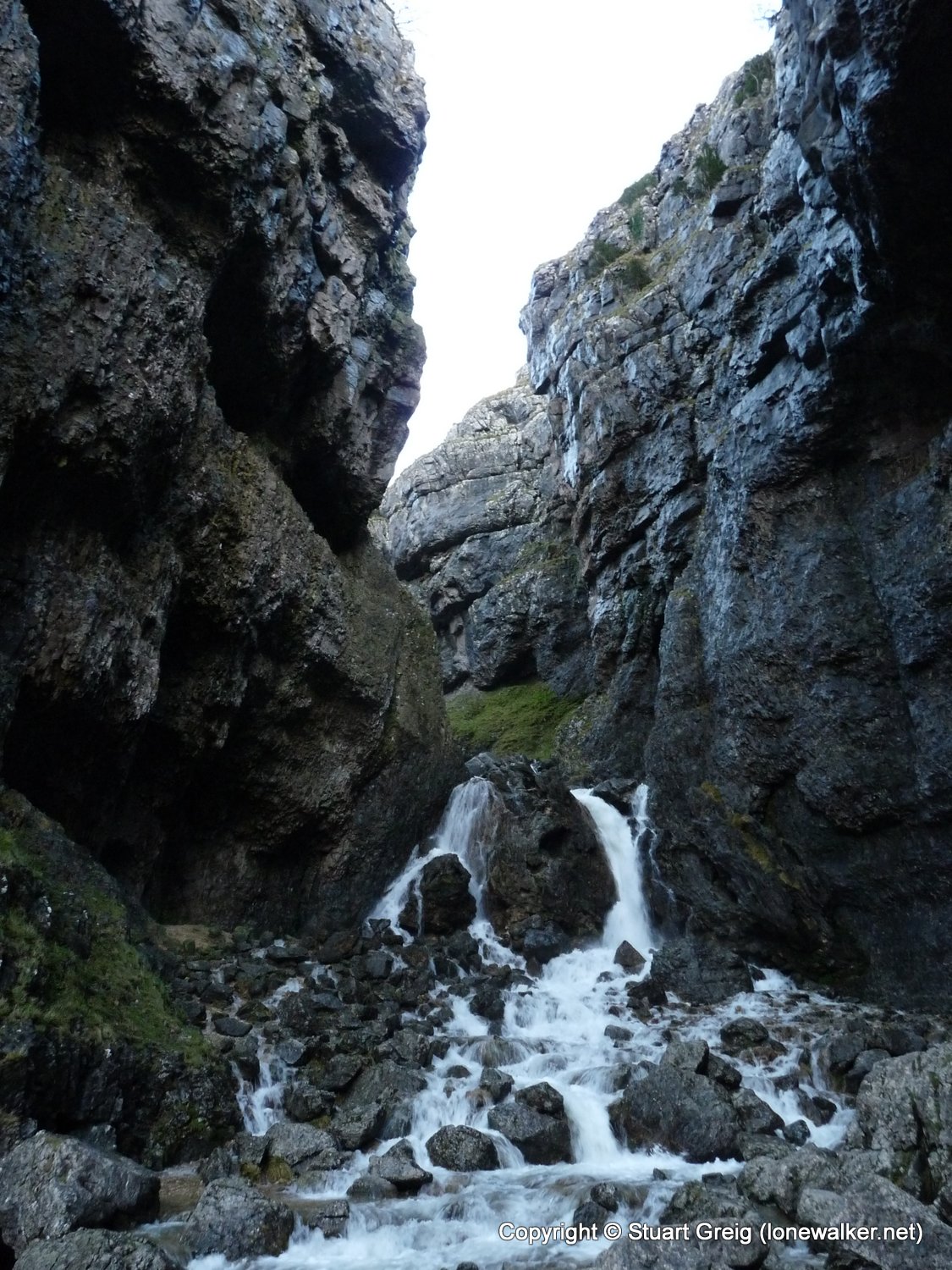 No chance of passing the waterfalls today, in the heart of Gordale Scar 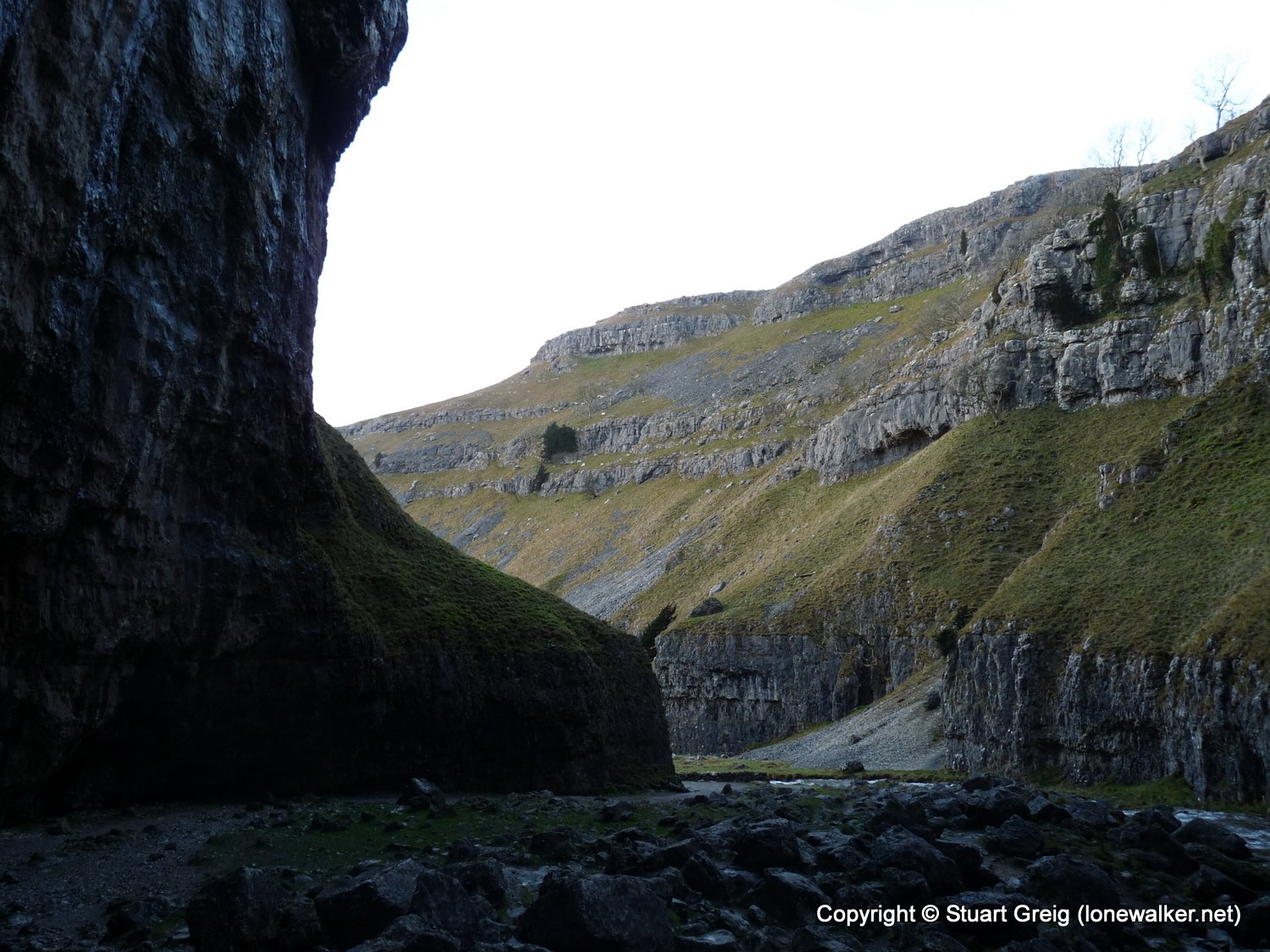 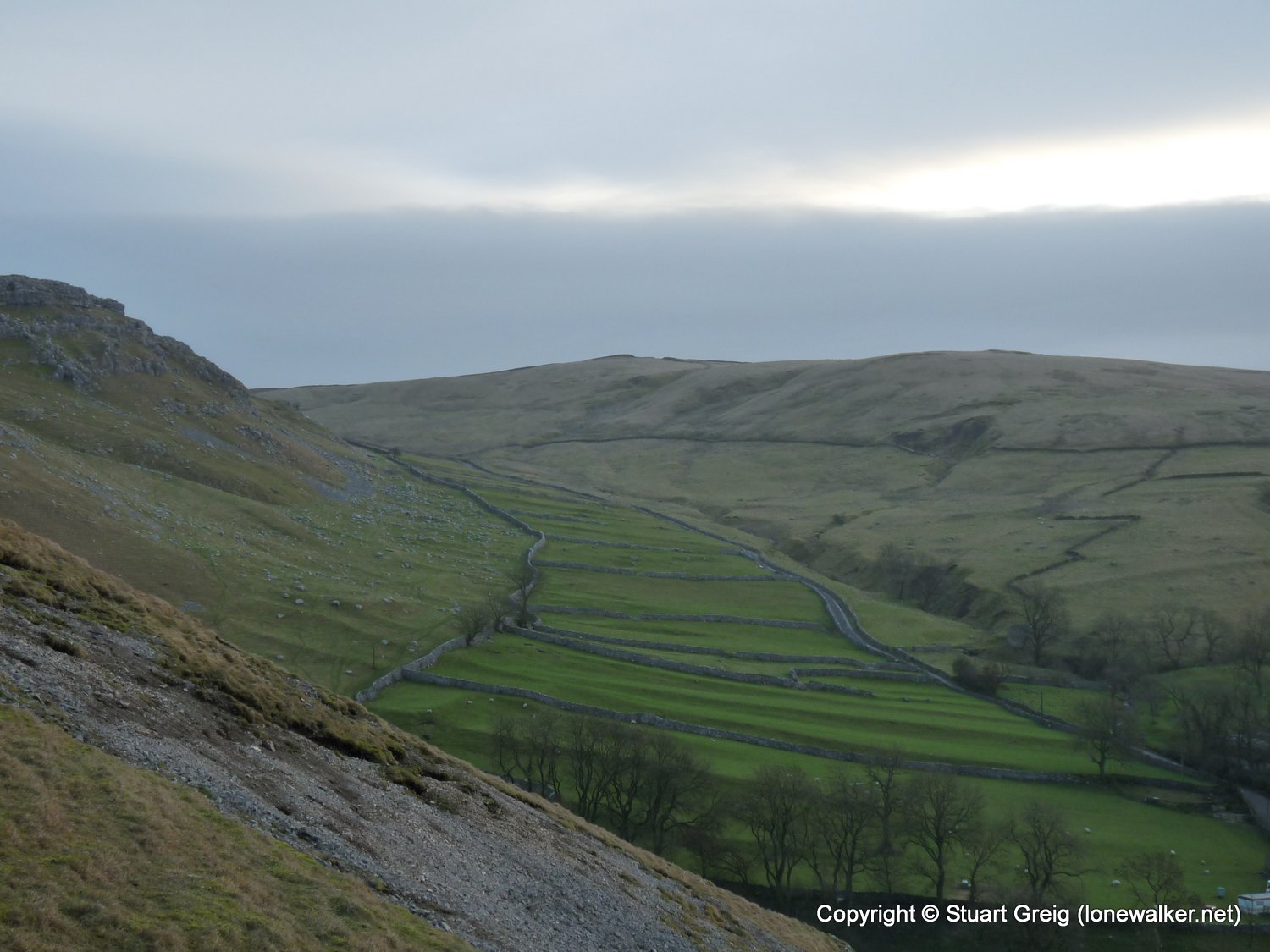 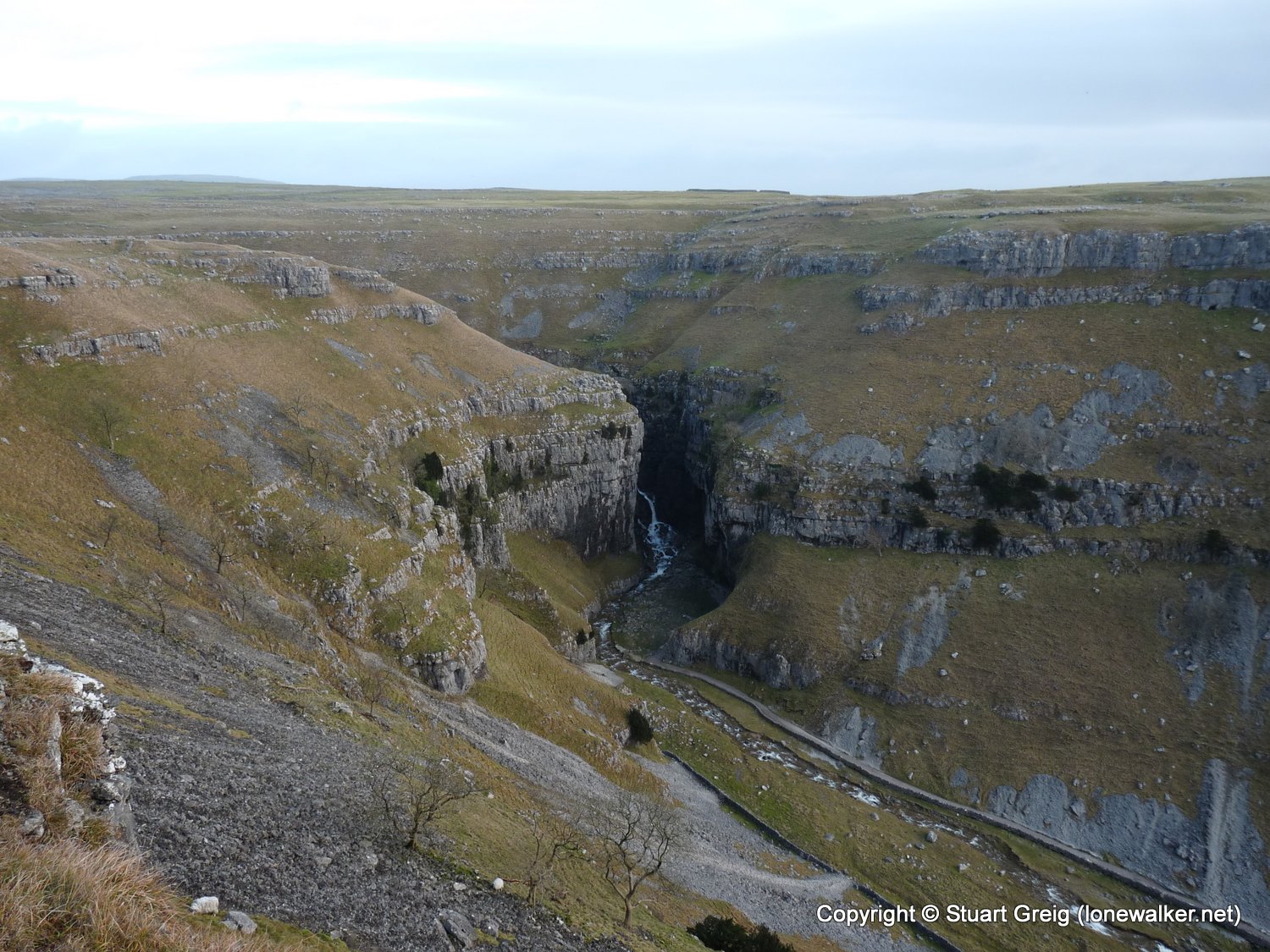 Looking down into Gordale Scar, even more impressive from this height 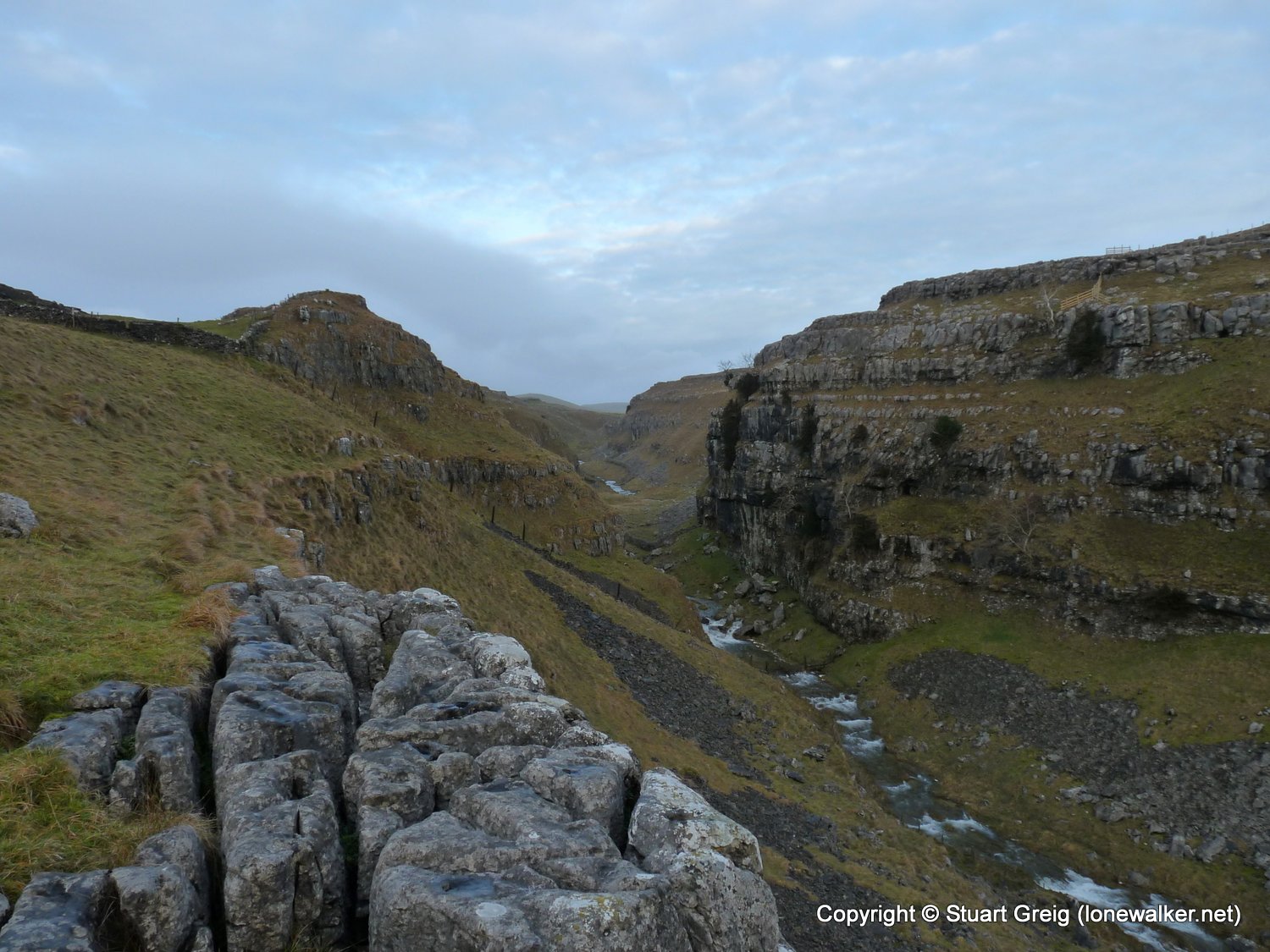 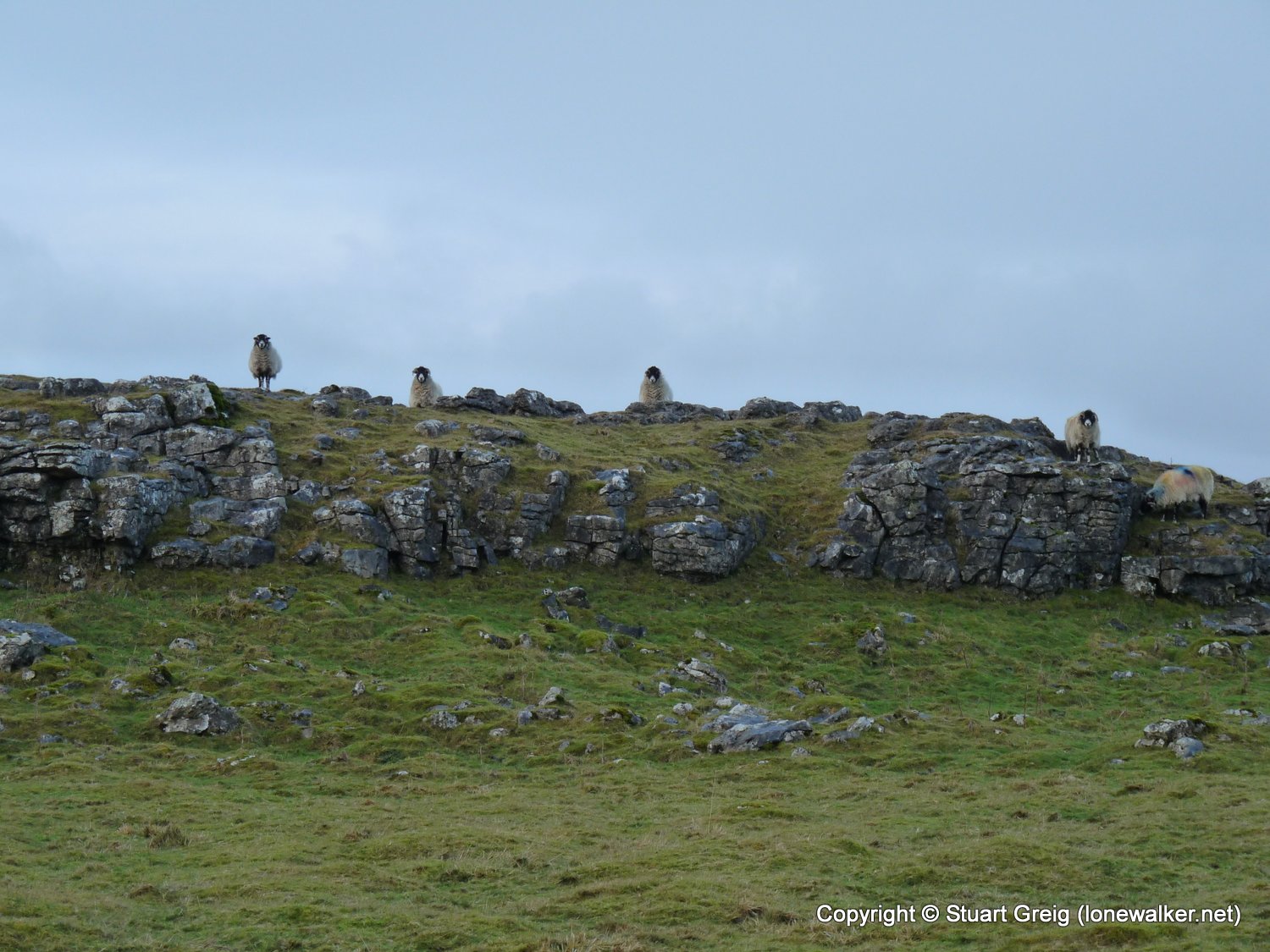 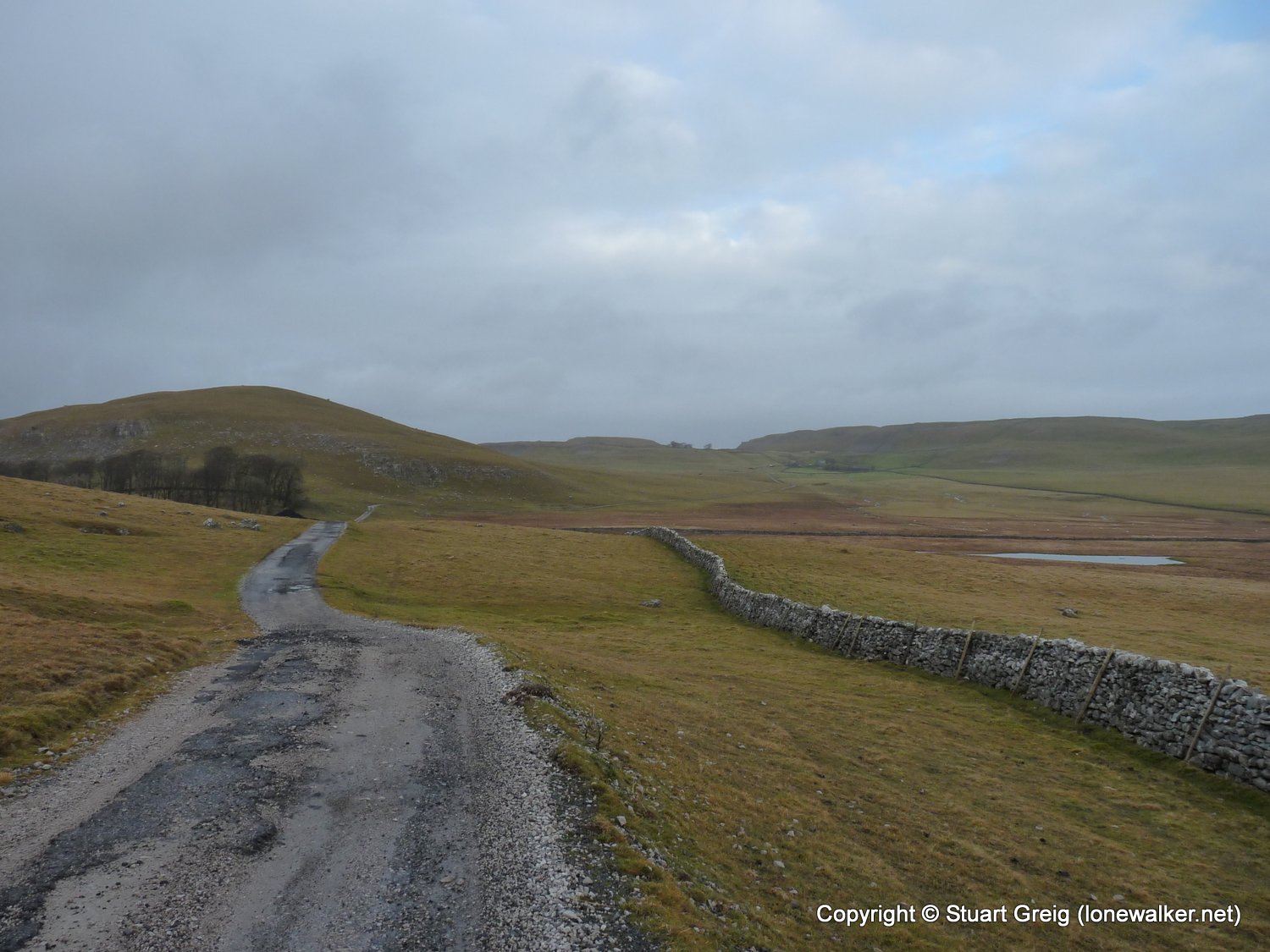 The path to Middle House Farm, at least its dry 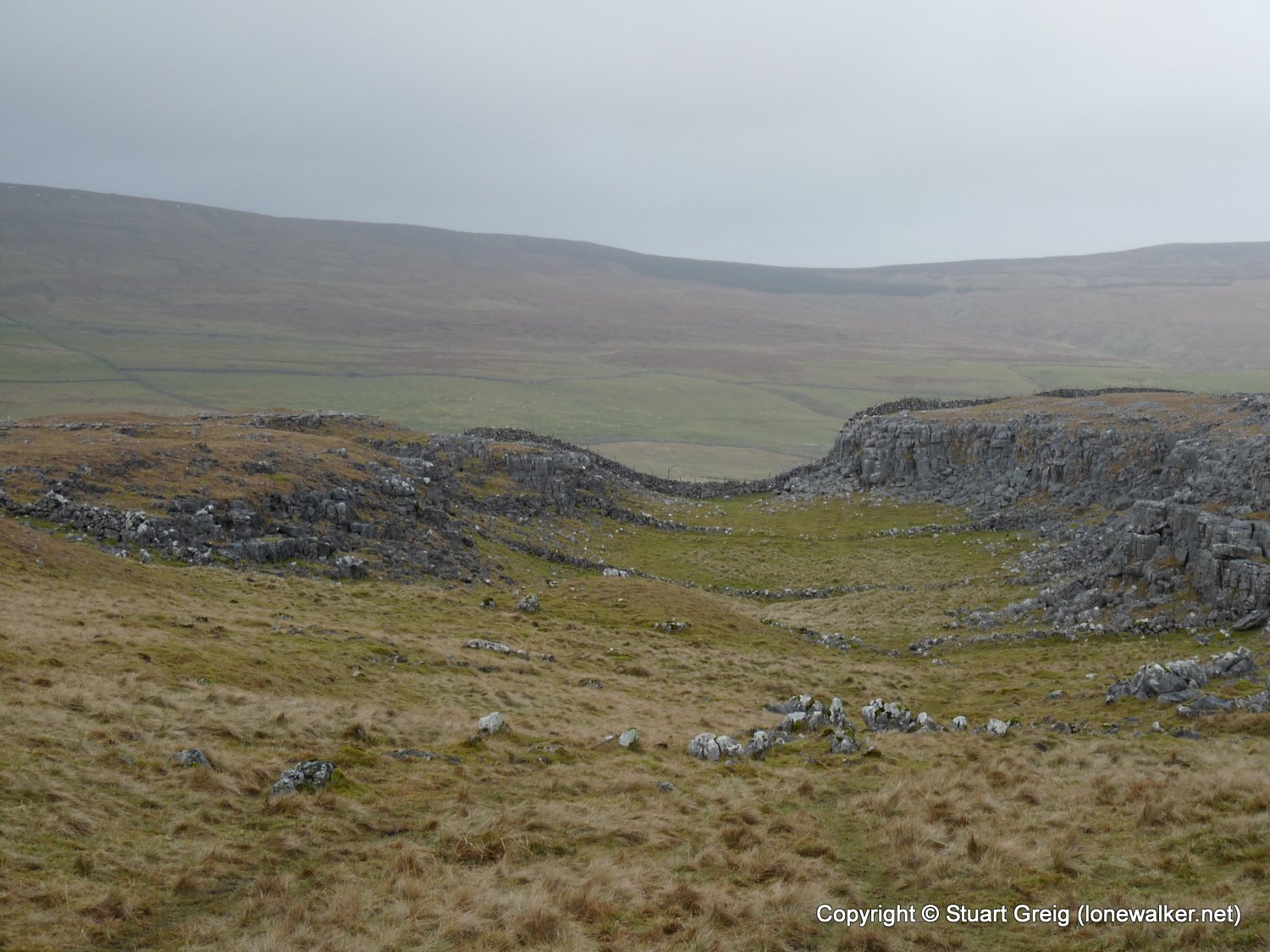 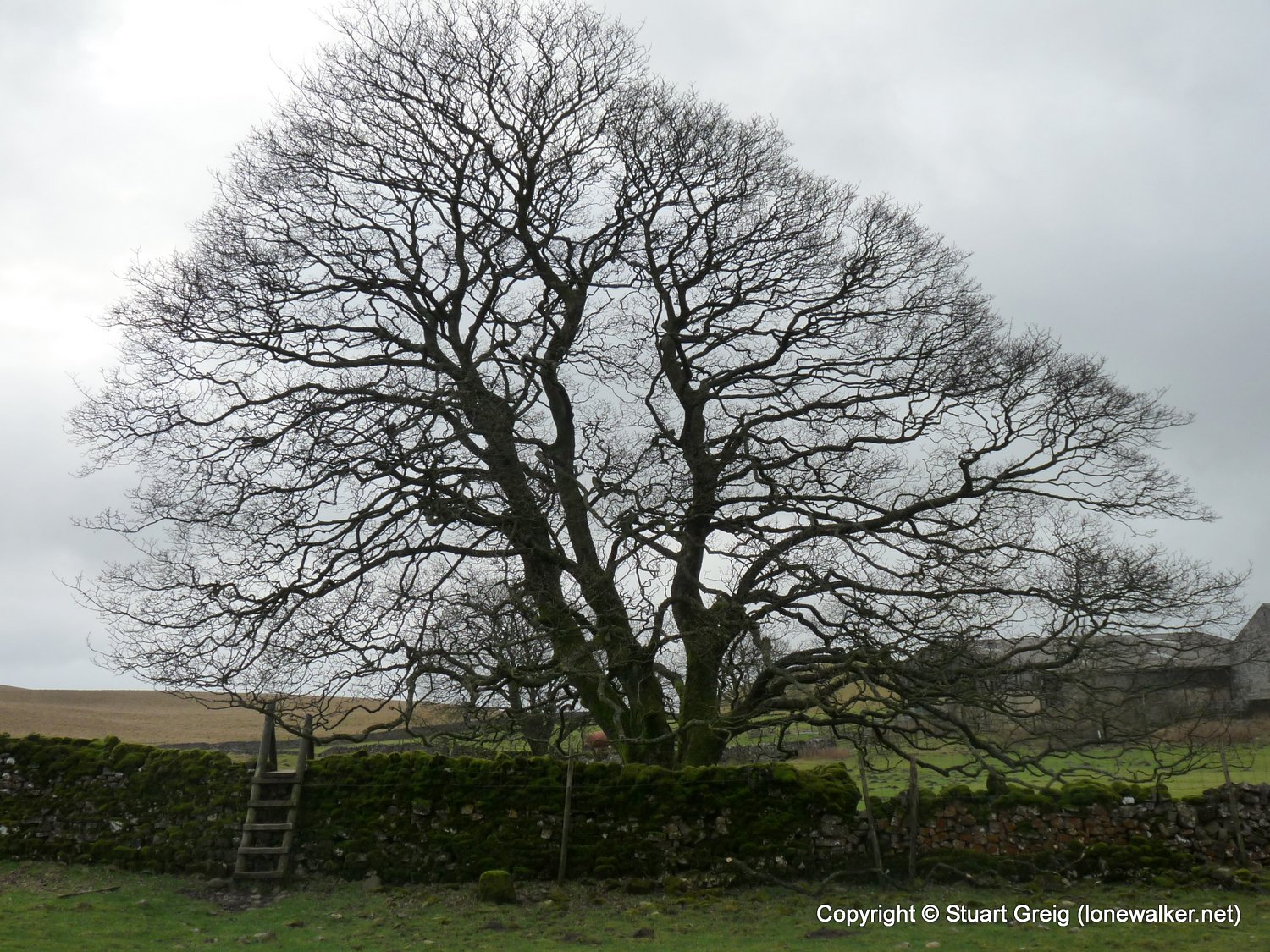 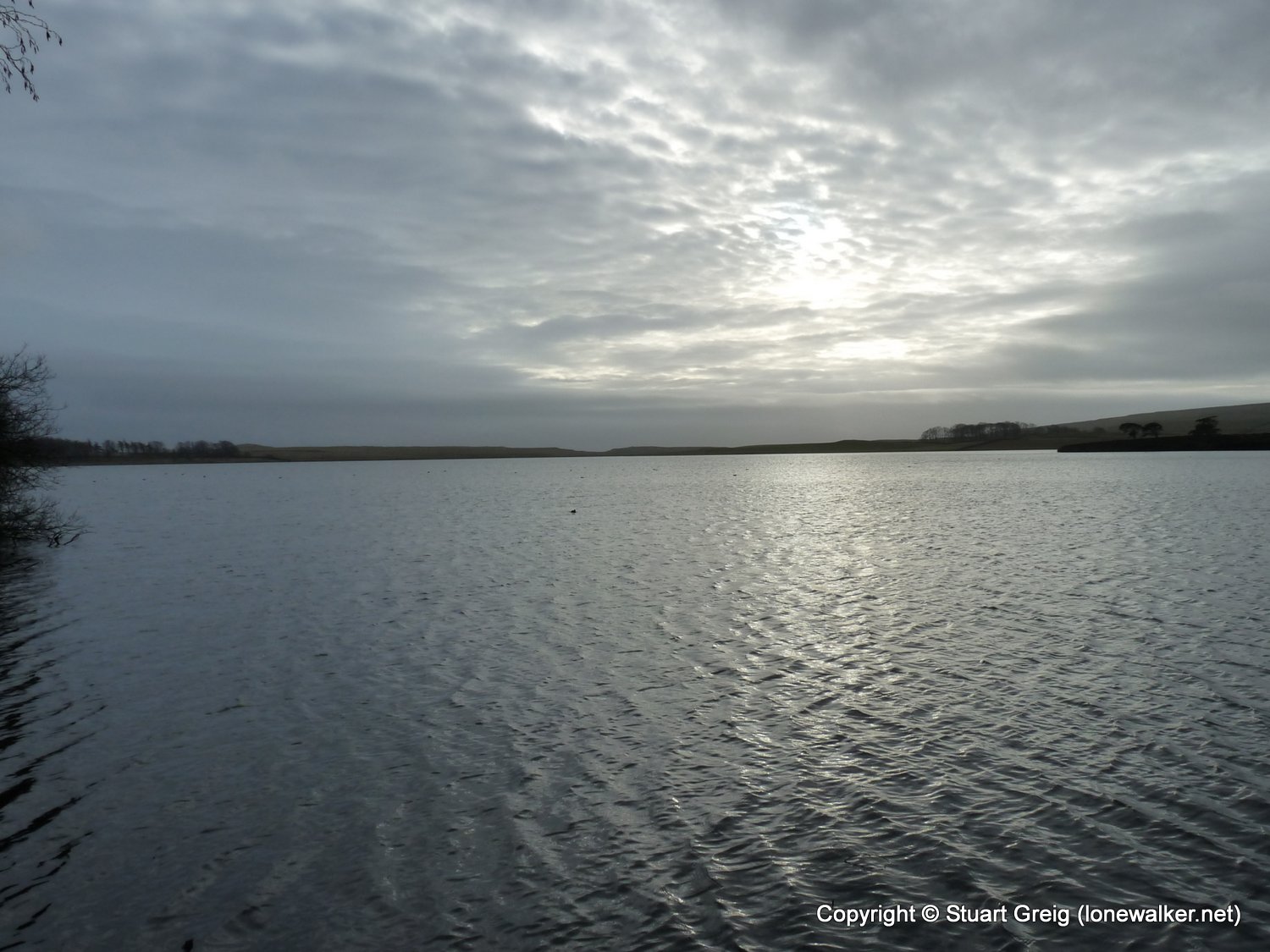 Malham Tarn from the duck hide I used for lunch 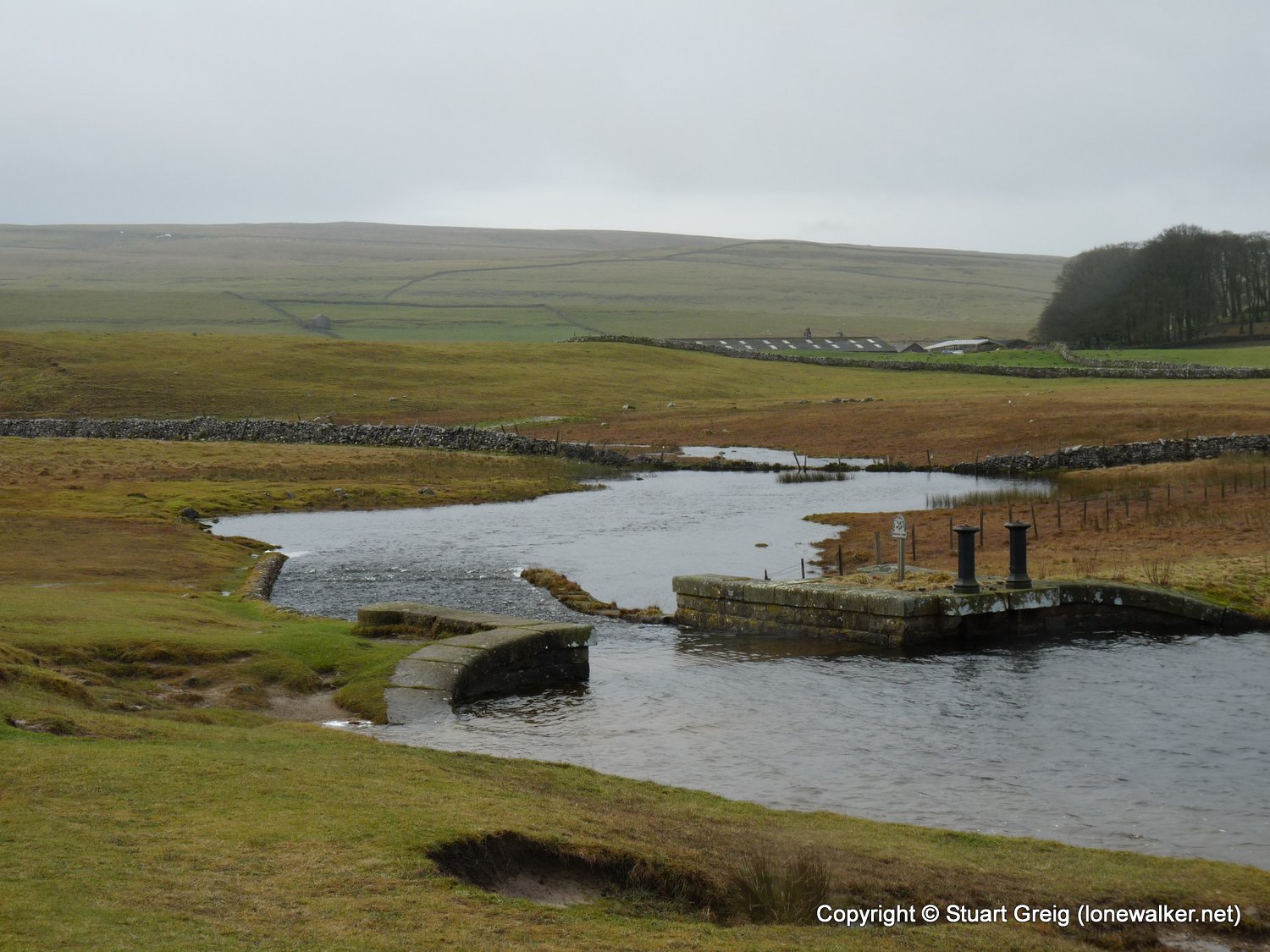 Water leaving Malham Tarn – there’s just so much of it 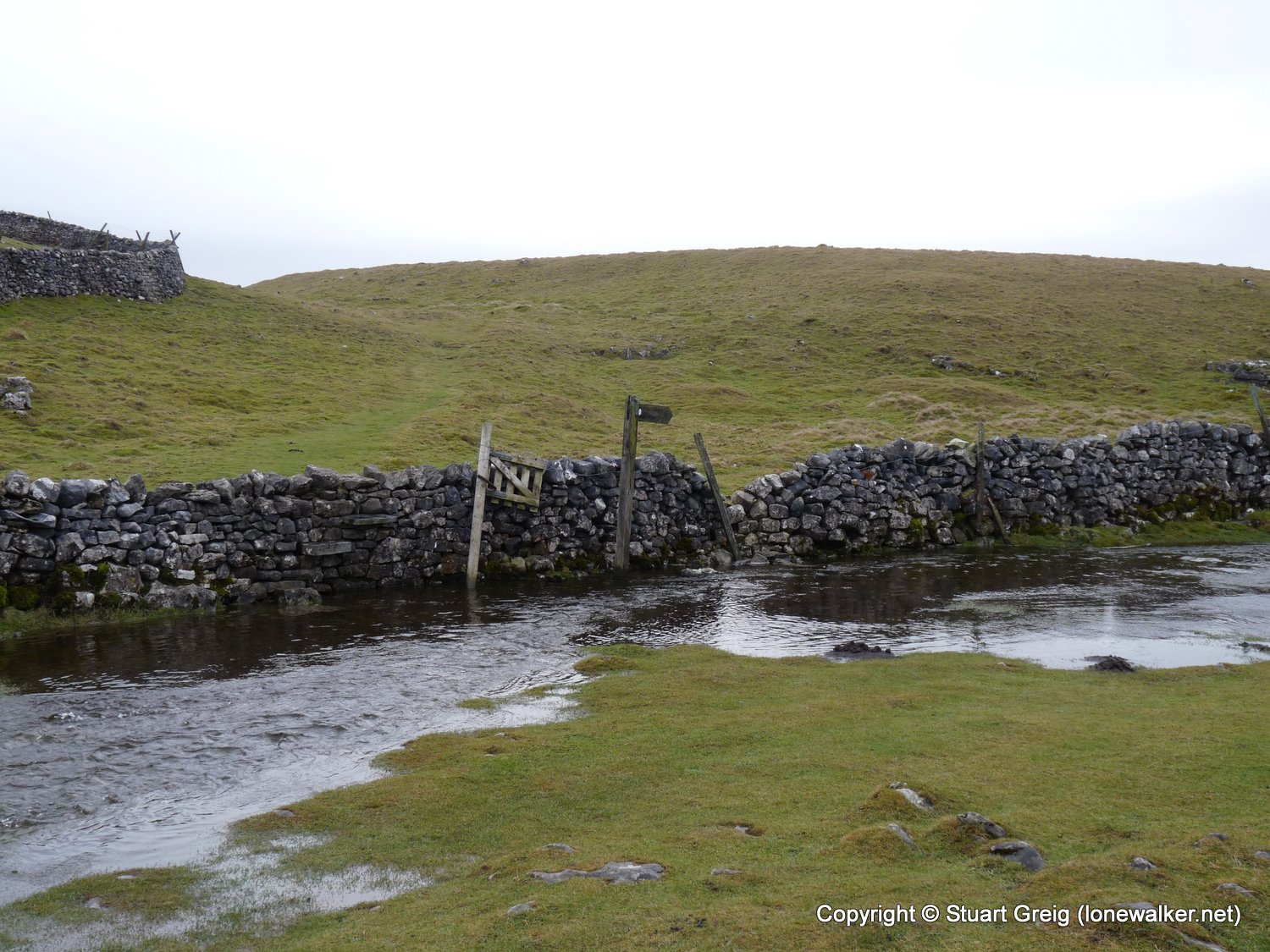 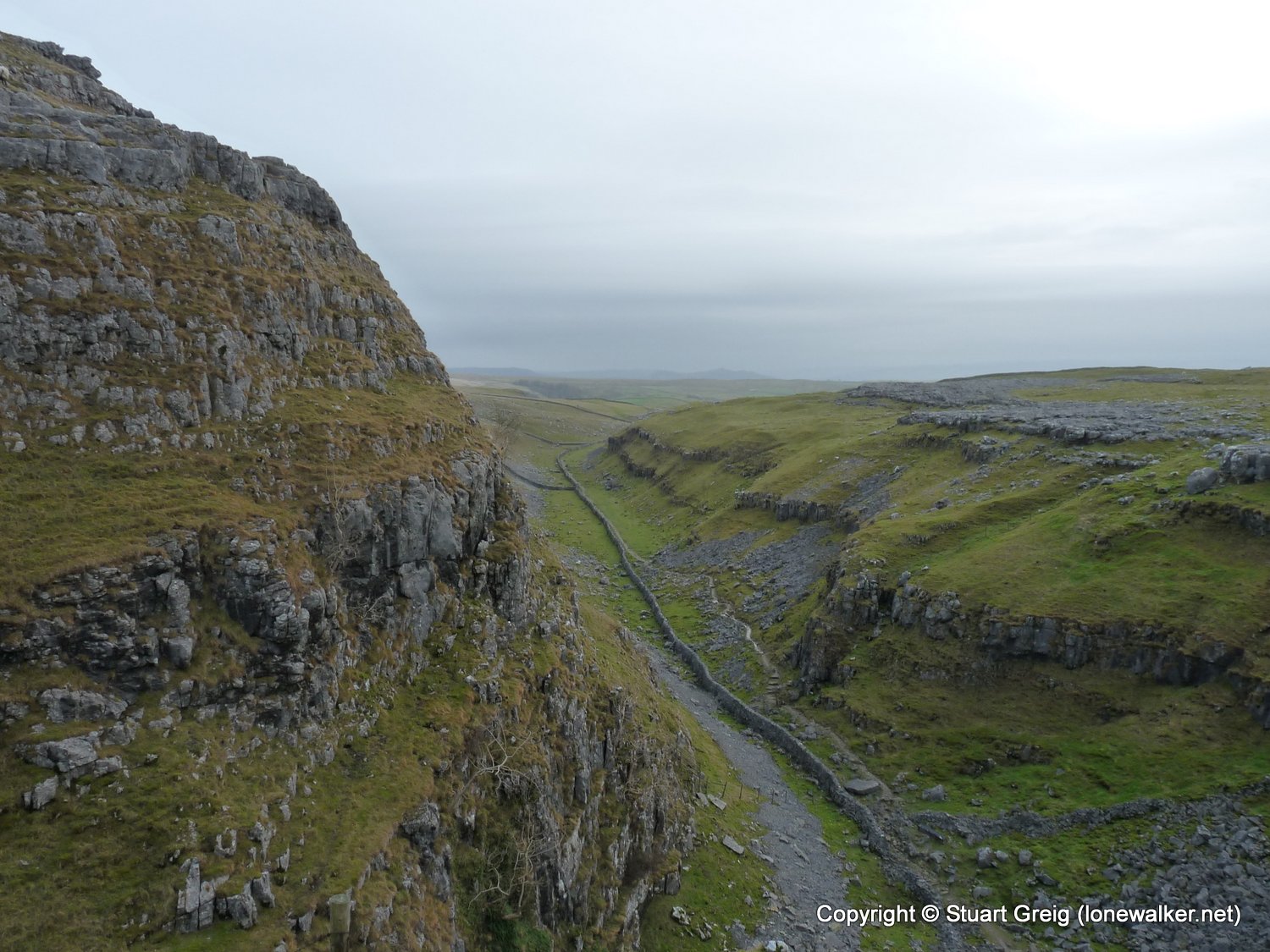 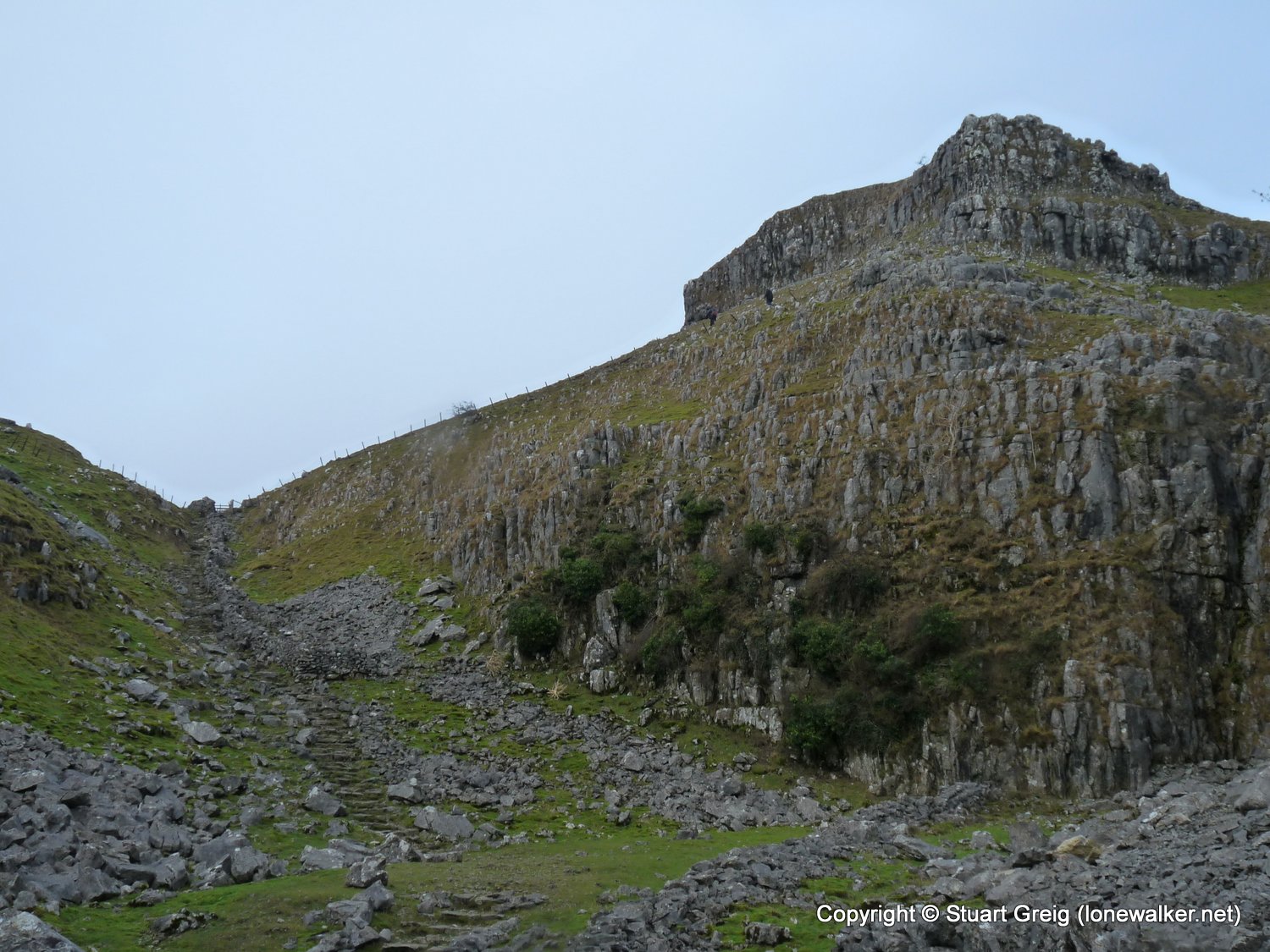 Looking back up Ing Scar, with walkers on the cliff path above 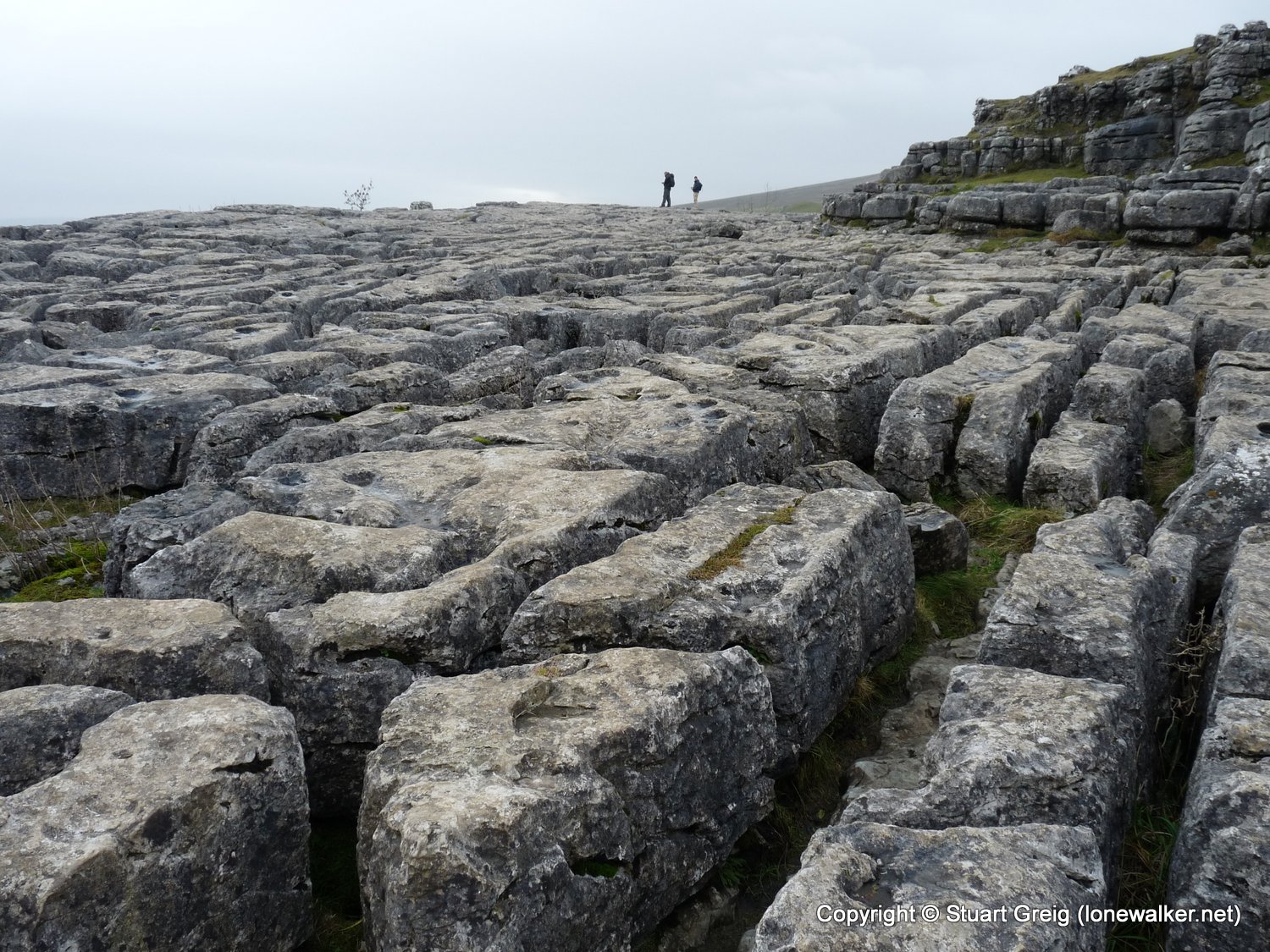 Limestone pavement above Malham Cove, the best I’ve ever walked on 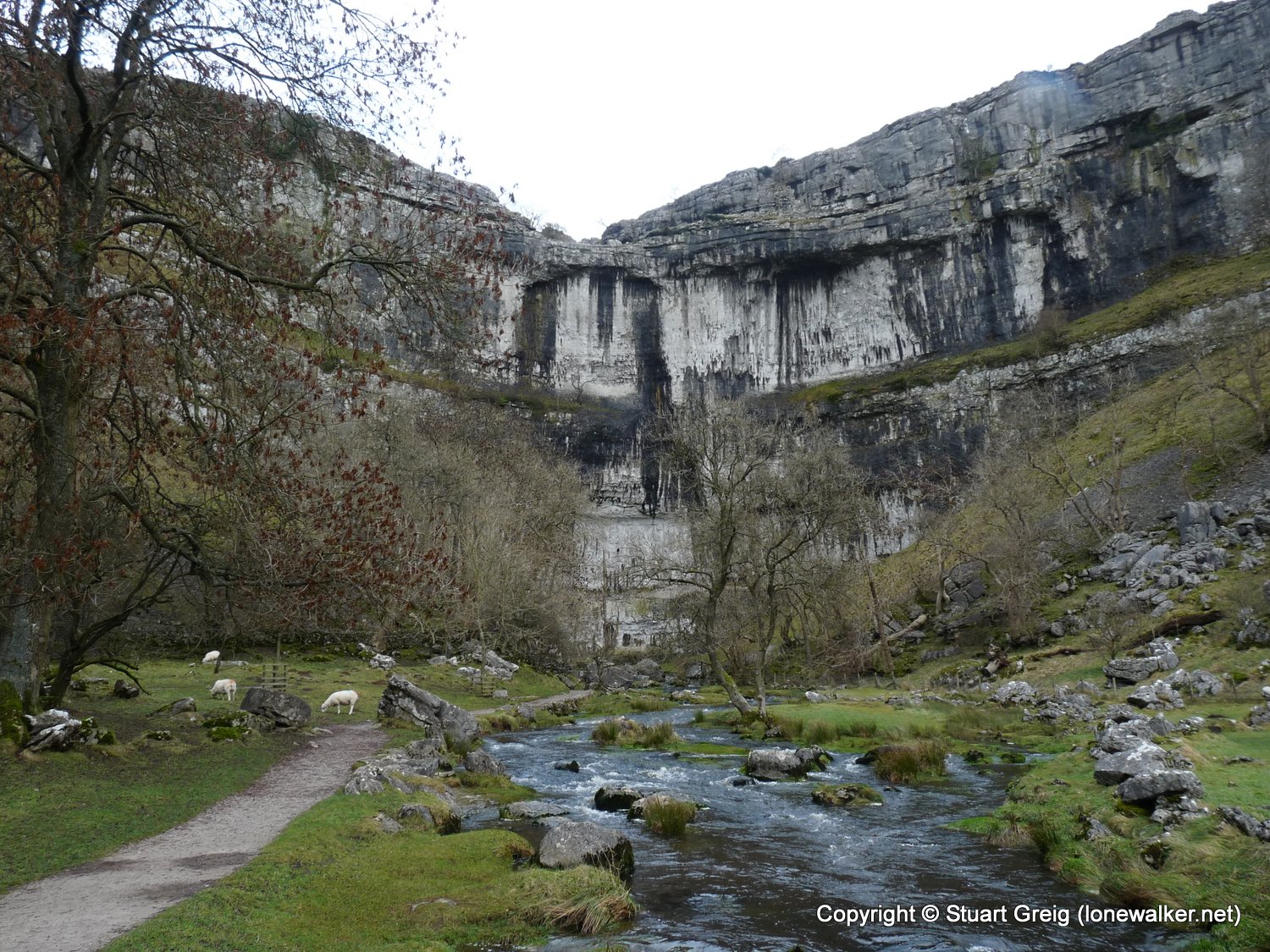