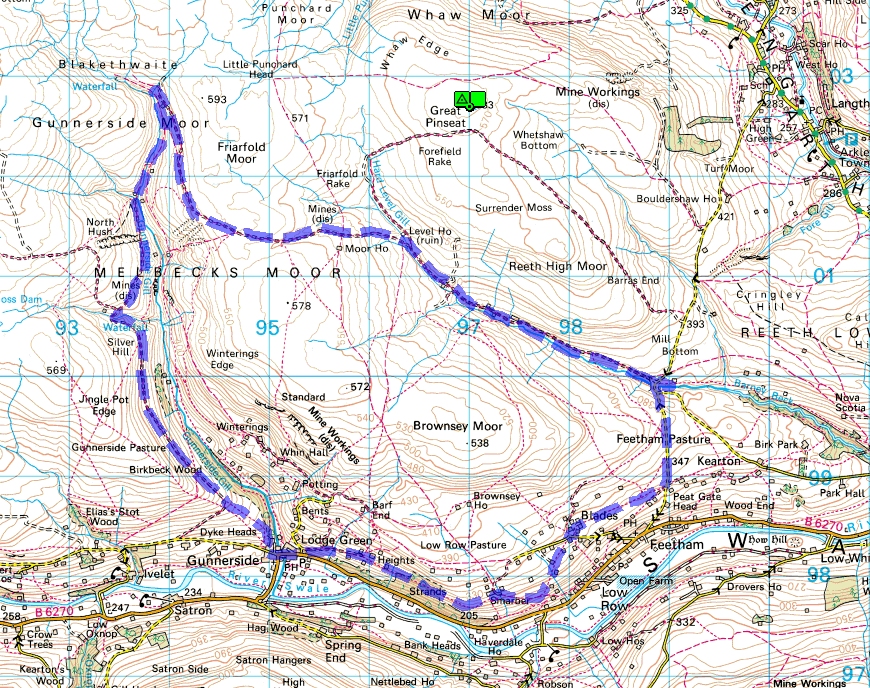 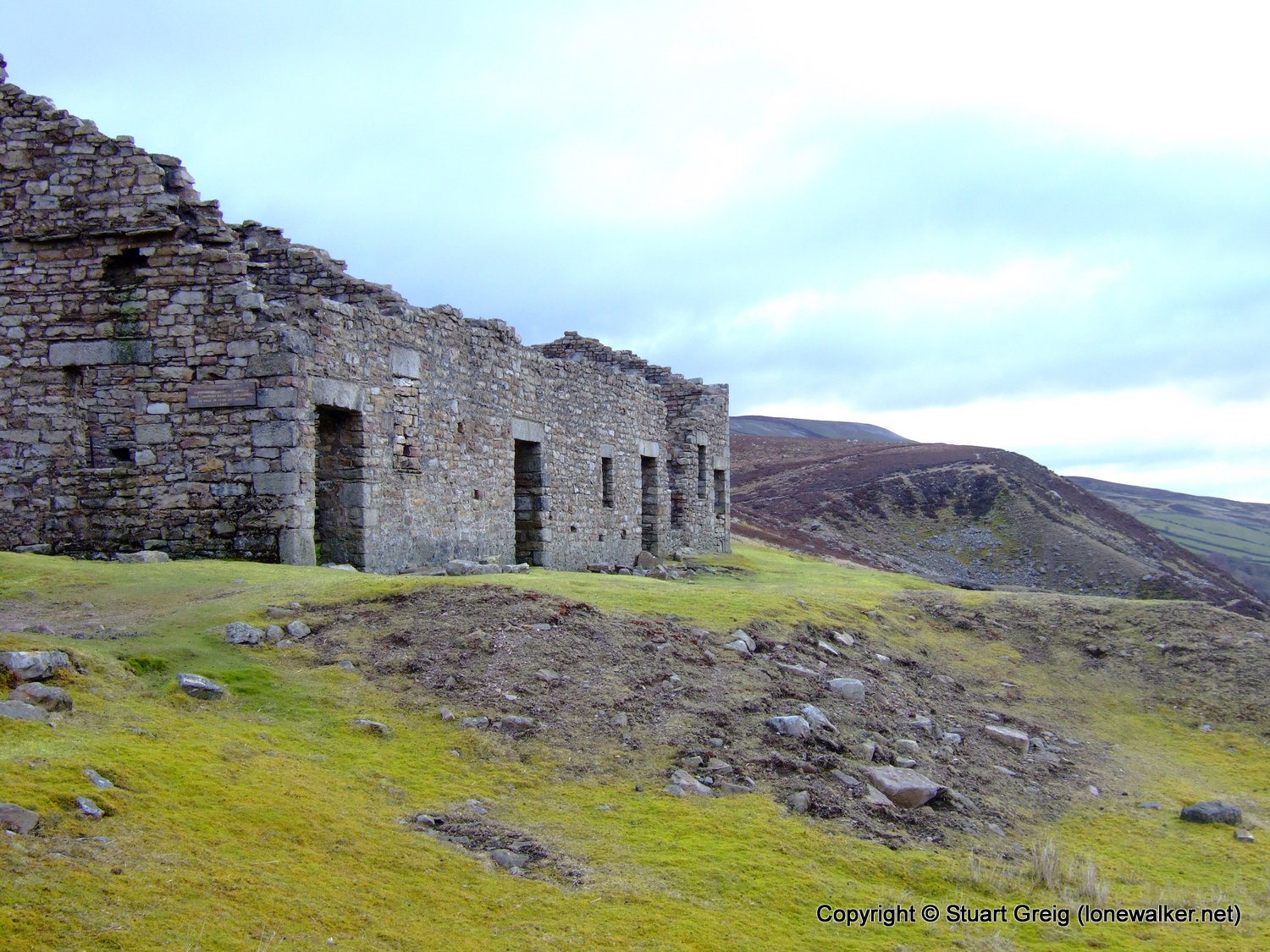 I walked off route slightly to look at the ruins of the old smelting mill, the last time I had stood there the sun had been cracking the flags and we’d taken shelter in the ruins to try and find some shade while we took a short water break. Today the sun was nowhere to be found. 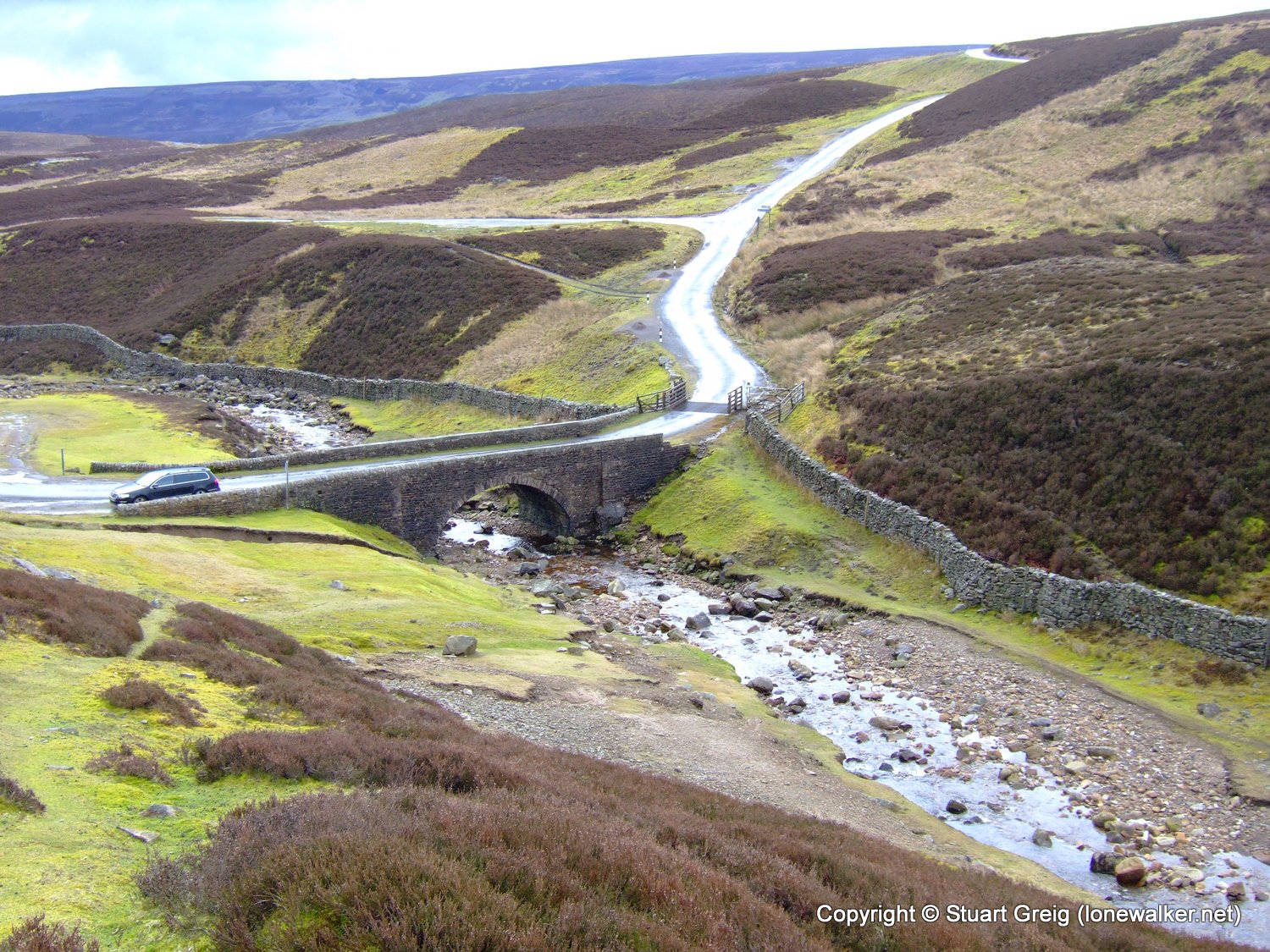 I turned back to the route and followed the stony path that runs alongside Mill Gill up to the Old Gang Mill. Its hard to picture the activity that must have taken place here 100 years ago, but the vast spoil heaps give some indication and the number of now derelict building that scatter the area around the main smelting mill building give silent witness to the number of men employed in this industry. 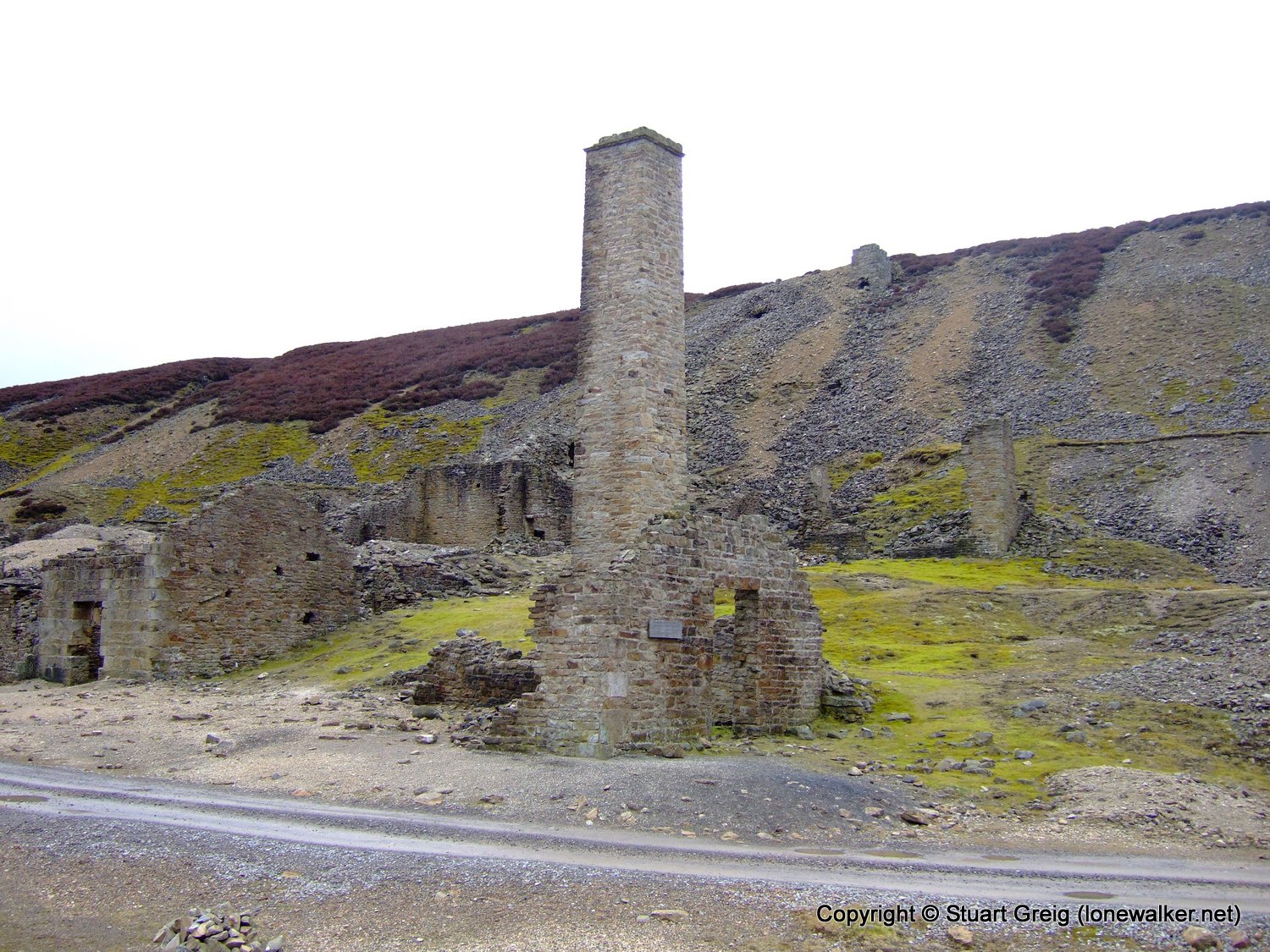 Today there would be an outcry if this sort of industrial process was applied to the countryside, but if anything, the mining and smelting activities of 100 years ago have added something to this bleak moorland, rather than spoiled it in someway. The first 6 or 7 miles of the walk was punctuated with old derelict buildings, spoil heaps and the hushes that were carved out of the hillsides. There’s even old equipment, abandoned by the miners and now slowly rusting back into the landscape. 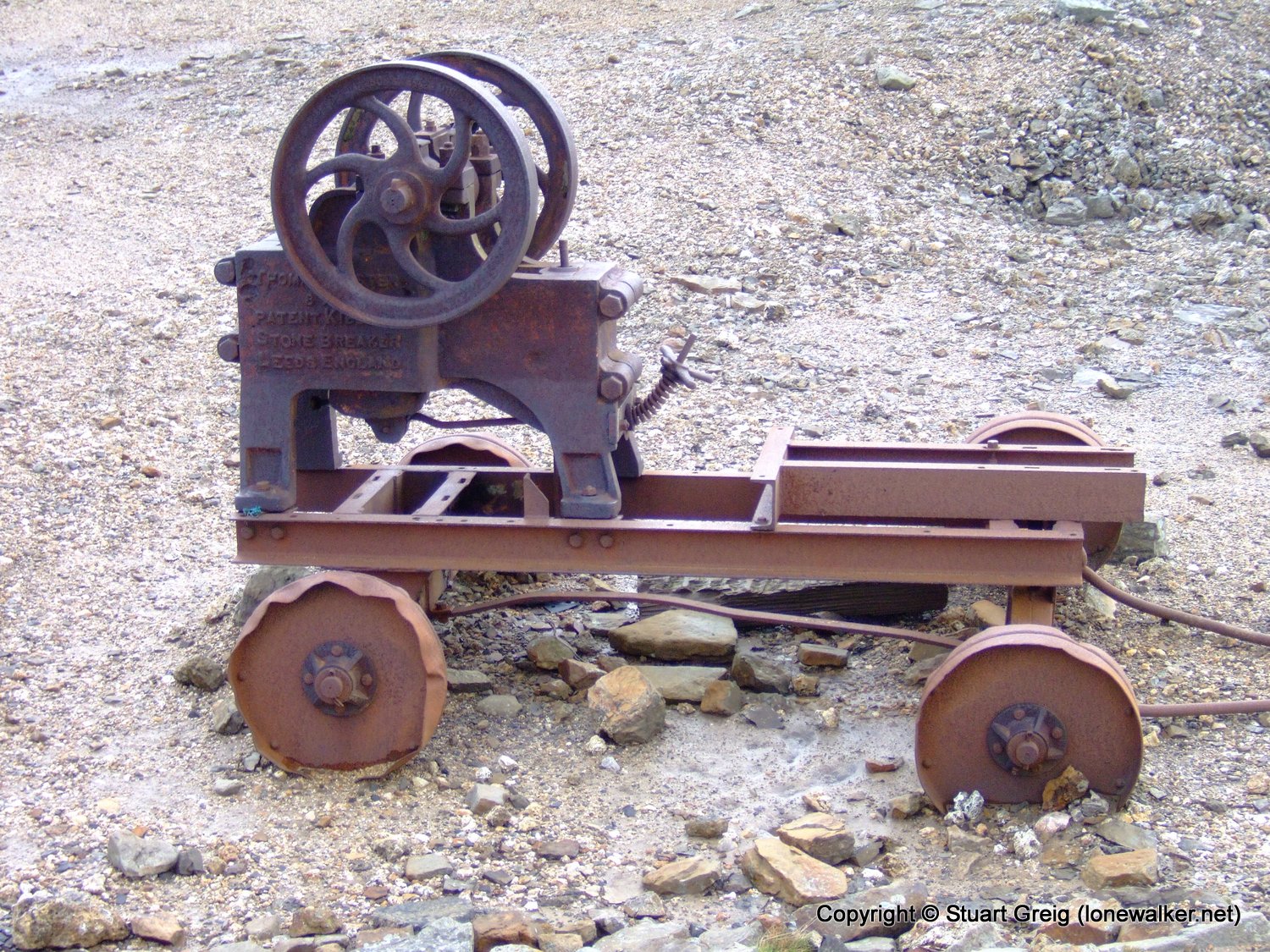 This is labelled “Patent Kibber Stone Breaker”, they don’t make them like that anymore 🙂 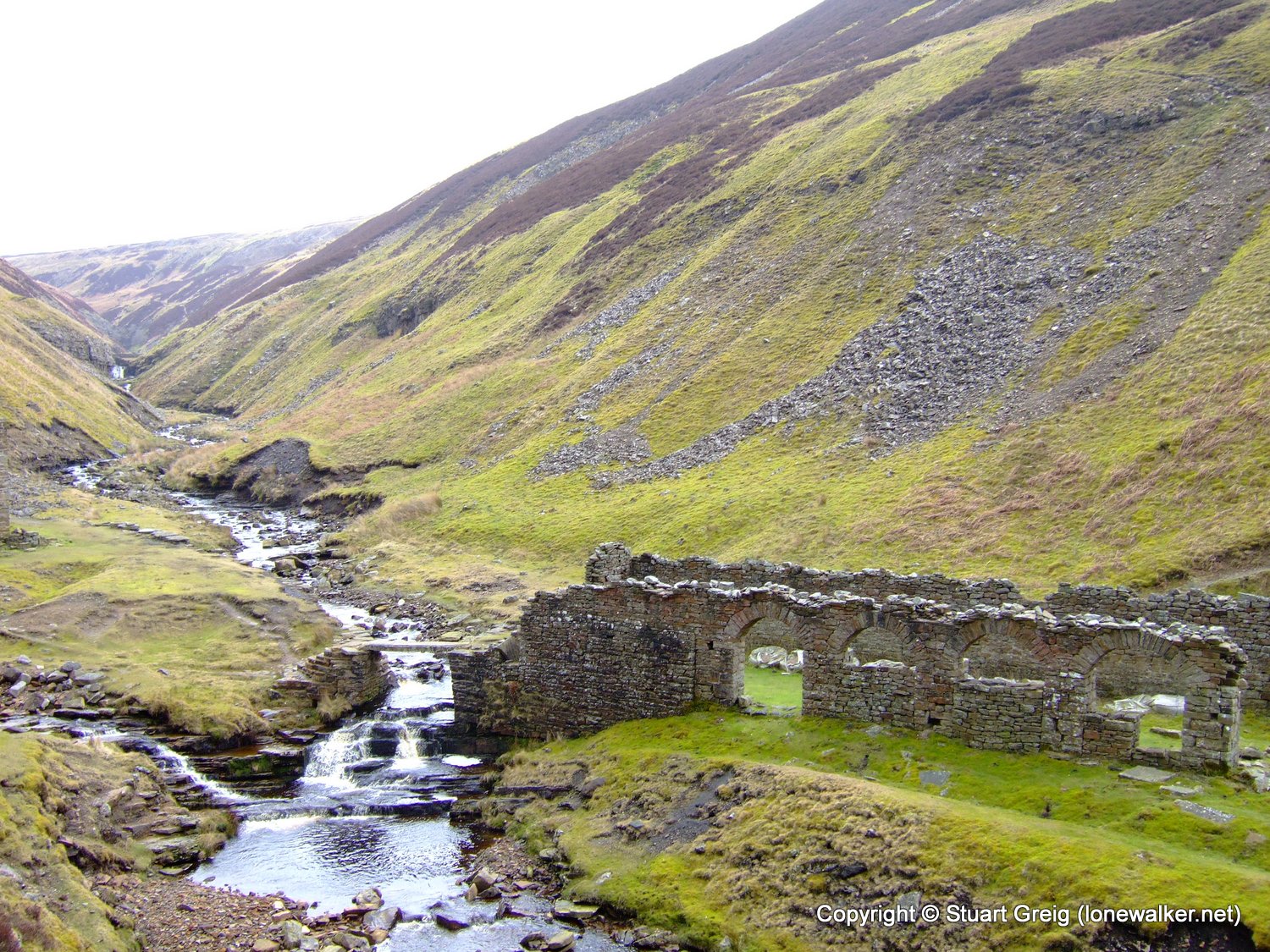 I walked around the lip of the hillside, up to Blakethwaite Lead mines and then dropped down to Blakethwaite Gill itself, following the water course past many other old ruins, alongside Gunnerside Beck and down into the village of the same name, where I passed the only other person I saw all day. 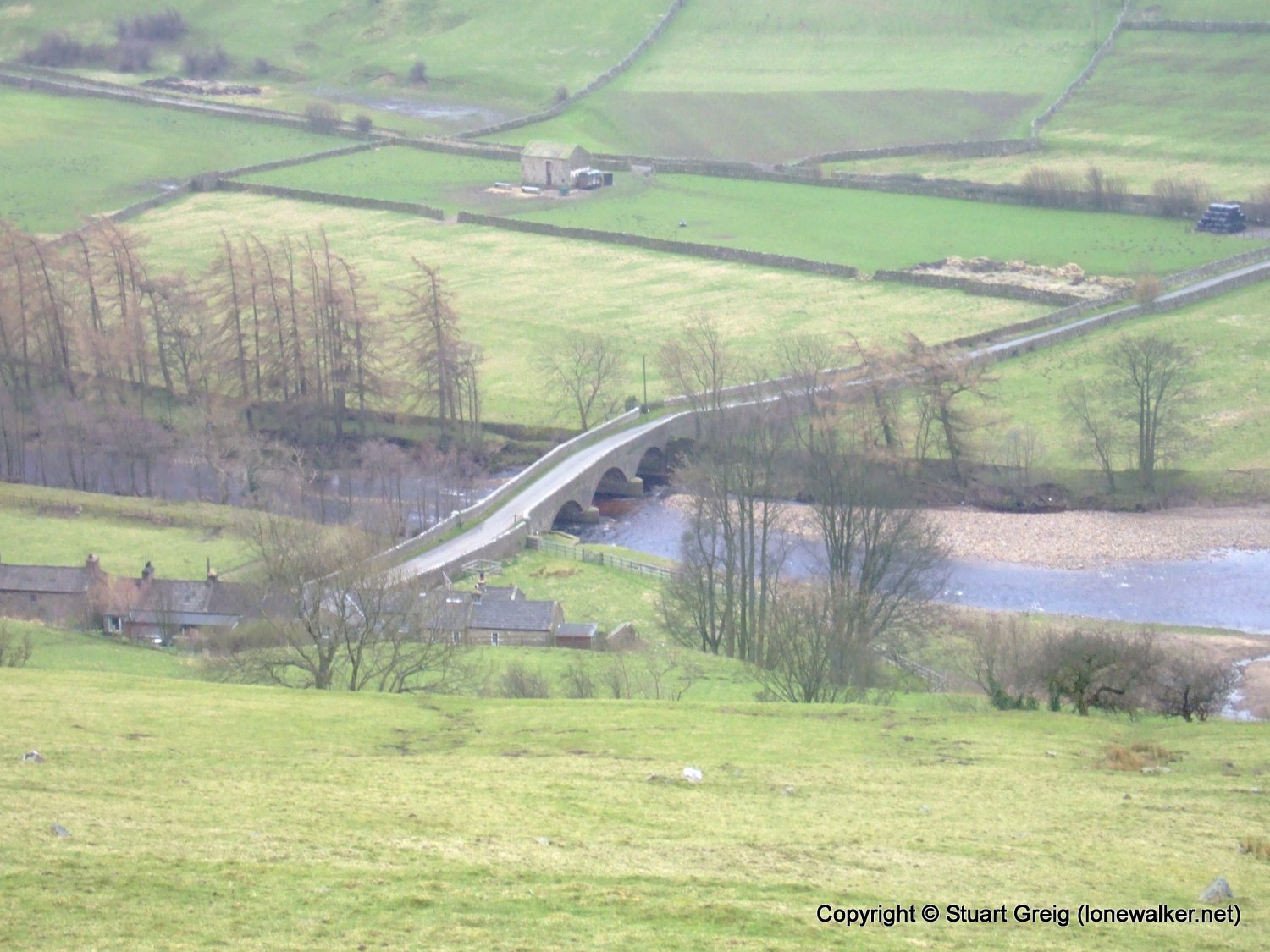 Rather than drop down to the Swale, which I had followed during my Coast to Coast crossing last May, I stayed half way up the hillside and followed footpaths through fields and woods back to the start. I did take a rather hard fall on rocks in Rowleth Wood and limped along for a few yards, before giving in and ditching the majority of my ballast – walking with an empty pack was quite a shock after so long with all the water on board.

The walk was about 12 miles and although the wind was blowing in my face for much of the day, it was a great walk – all the better for feeling the fitness coming back.