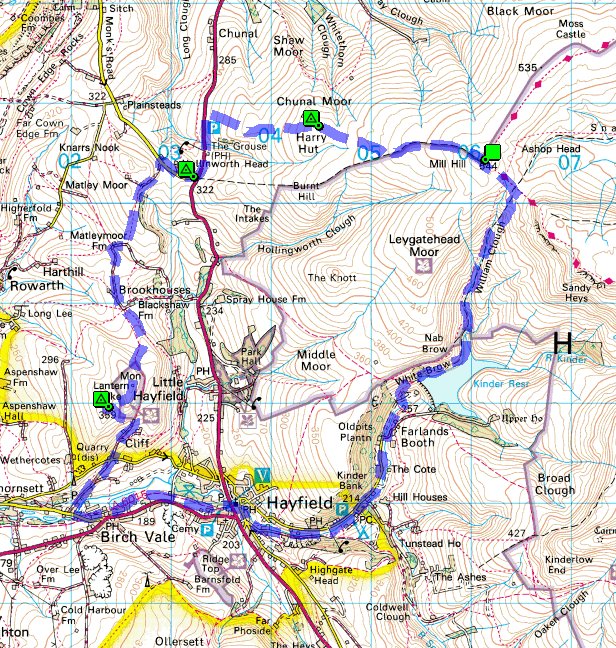 Today’s walk needed to be a bit closer to home than usual and a bit shorter, as we were packing for our summer holiday. Monday morning would see us jetting off to Mexico for two weeks of sun, sand and as many pinocoladas as we could drink.

I chose this walk for the trig points as much as anything. Its an area I’ve never walked before, at least once I left Kinder reservoir behind, and thats always nice too.

I’m writing this over a month later, so many of the details are forgotten, but I will try to fill in as I can.

I parked in the car park just outside Hayfield, the one with the Kinder mass trespass memorial and followed the path around Kinder reservoir, up William Clough to Mill Hill, across the moor to meet the A624 Glossop Road, then using the Pennine Bridleway to reach Lantern Pike, before dropping down to the River Sett which is followed back to the car park.

William Clough is a wonderful path which leads up to the northern edge of the Kinder plateau, following a little, unnamed stream. It connects with the Pennine Way for about a quarter of a mile to reach the junction of paths at Mill Hill. 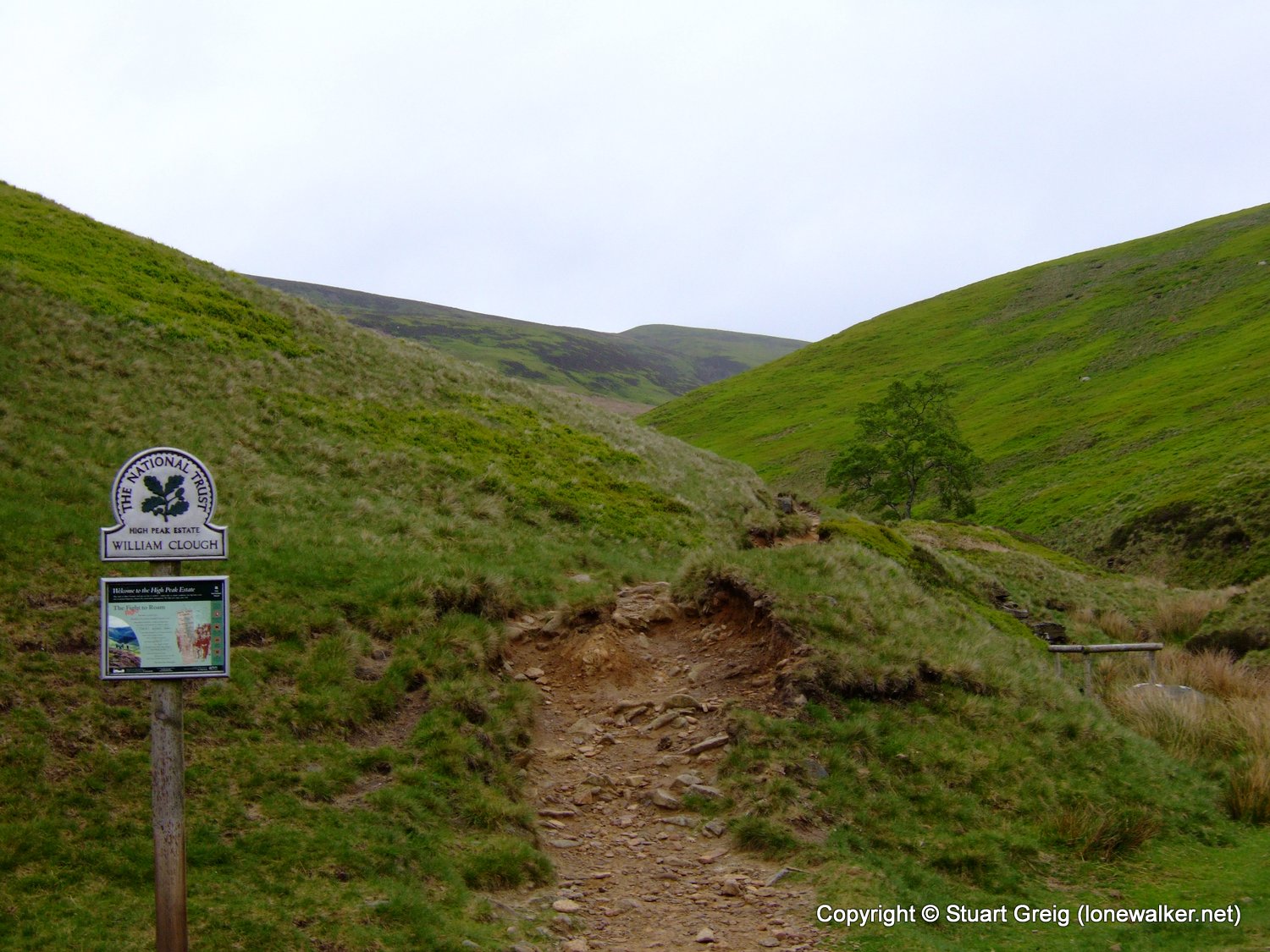 The cairn on Mill Hill marks the point at which the Pennine Way heads north east towards Bleaklow. 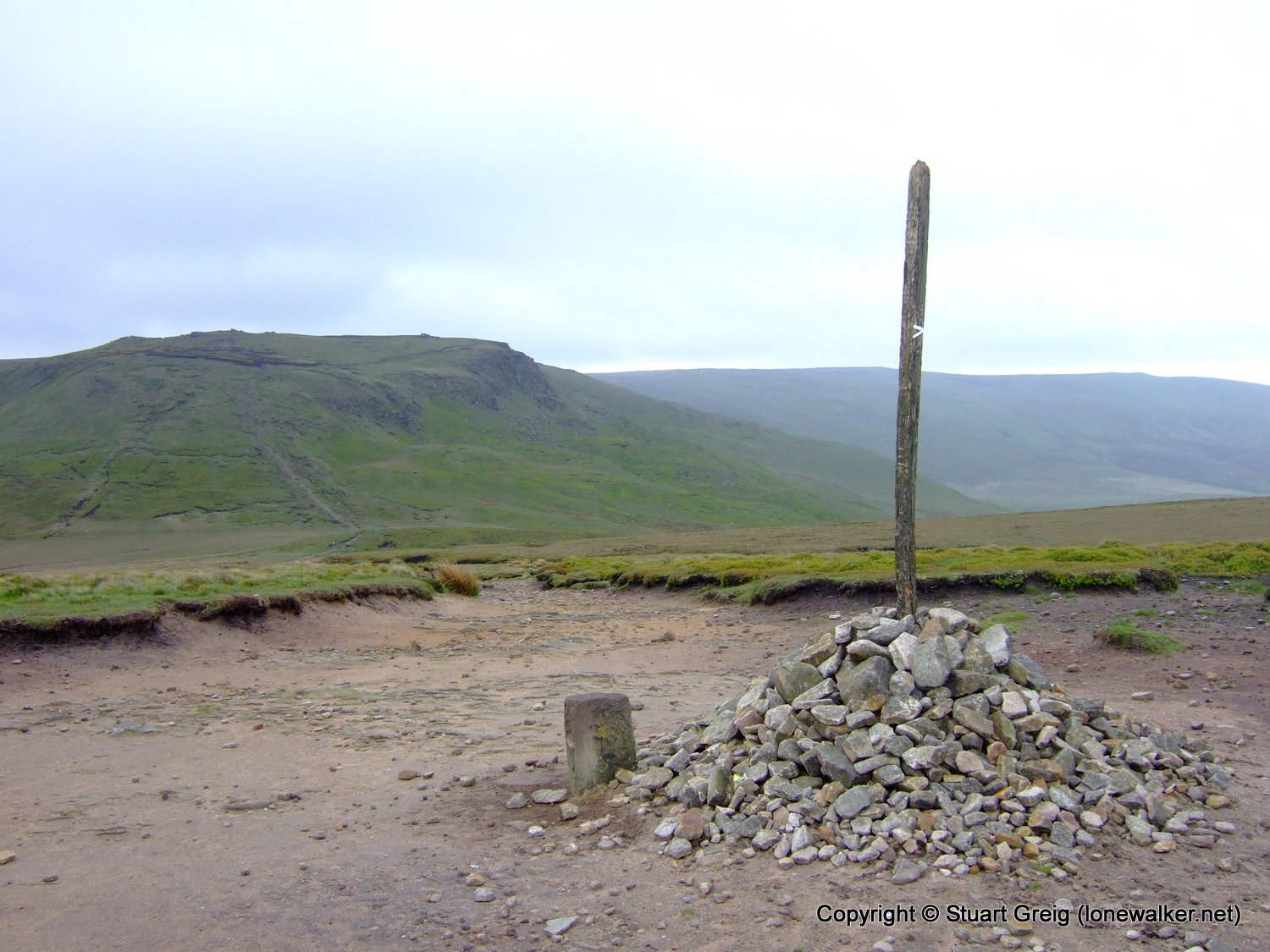 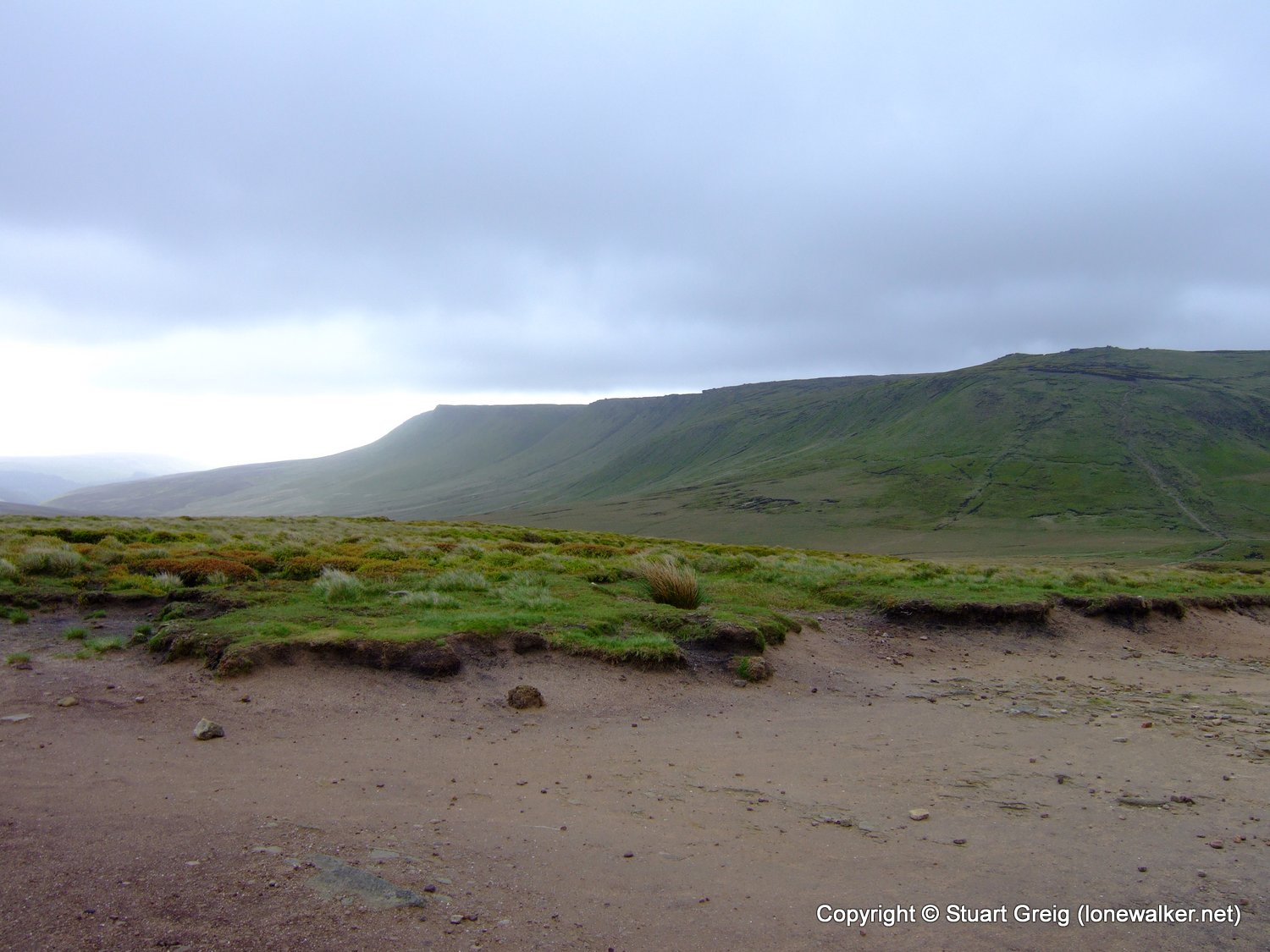 The northen flank of Kinder Scout, called The Edge.

Its easy walking across the flag stones, at least for most of the way to Harry Hut. A small cairn marks the point at which these are left, for a faint path through the heather to reach the trig point. 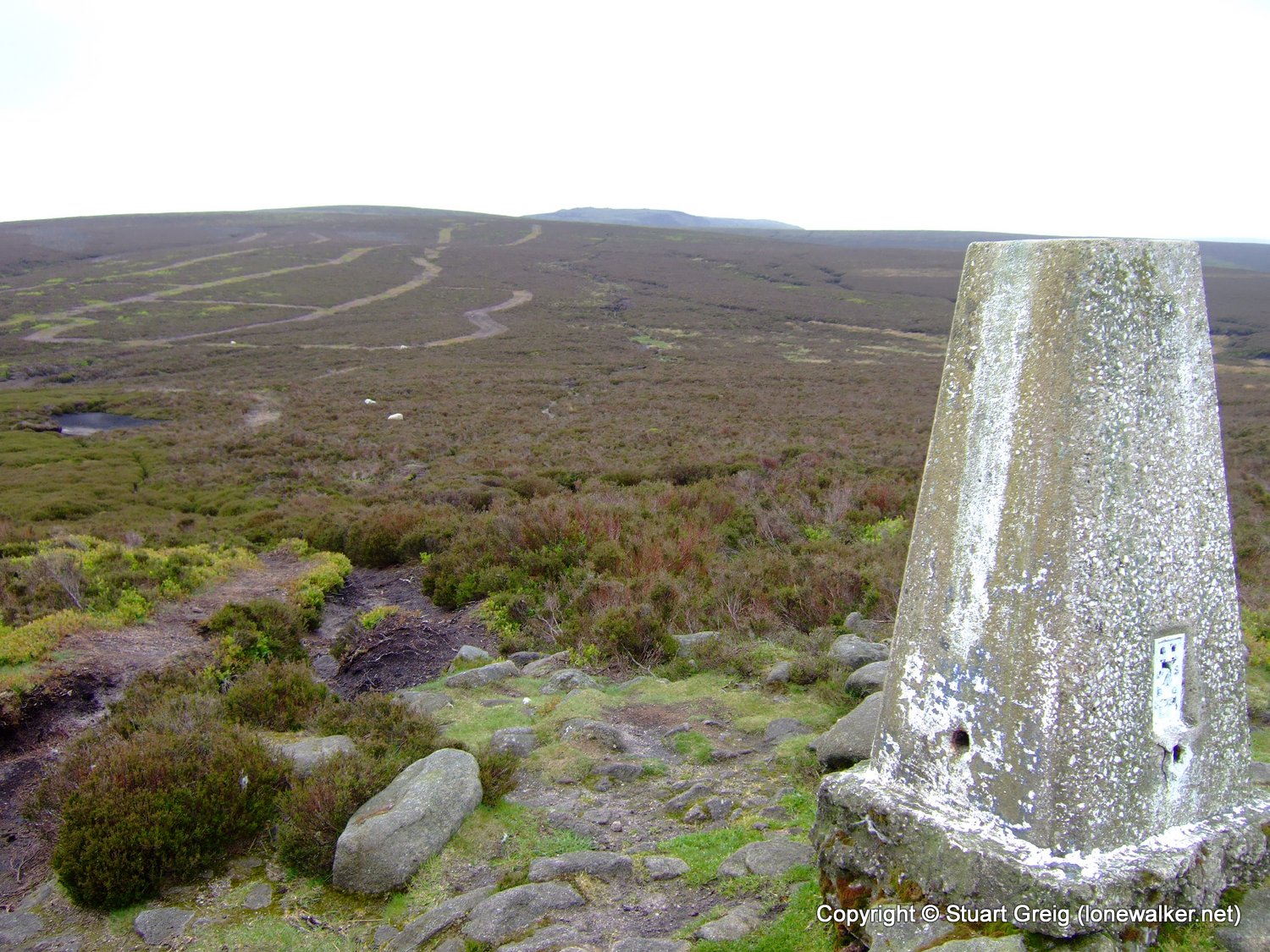 The trig point on Harry Hut

The Pennine Bridleway is picked up on the other side of the main Glossop Road and this takes you to Lantern Pike. A lump of heather covered tussock perched above Hayfield. The trig point here was toppled long ago, but has not been removed, so we baggers can still class it as a find. 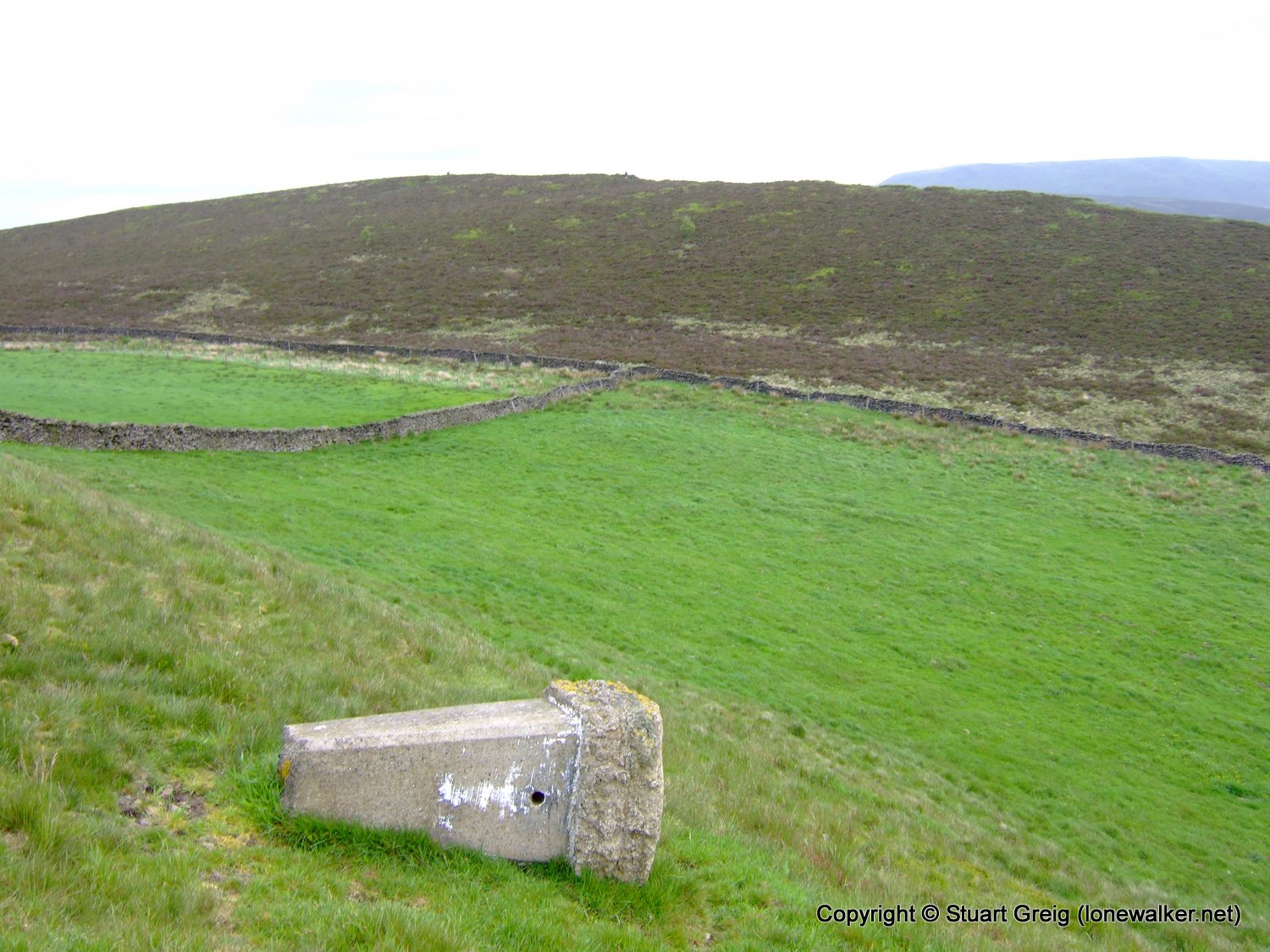 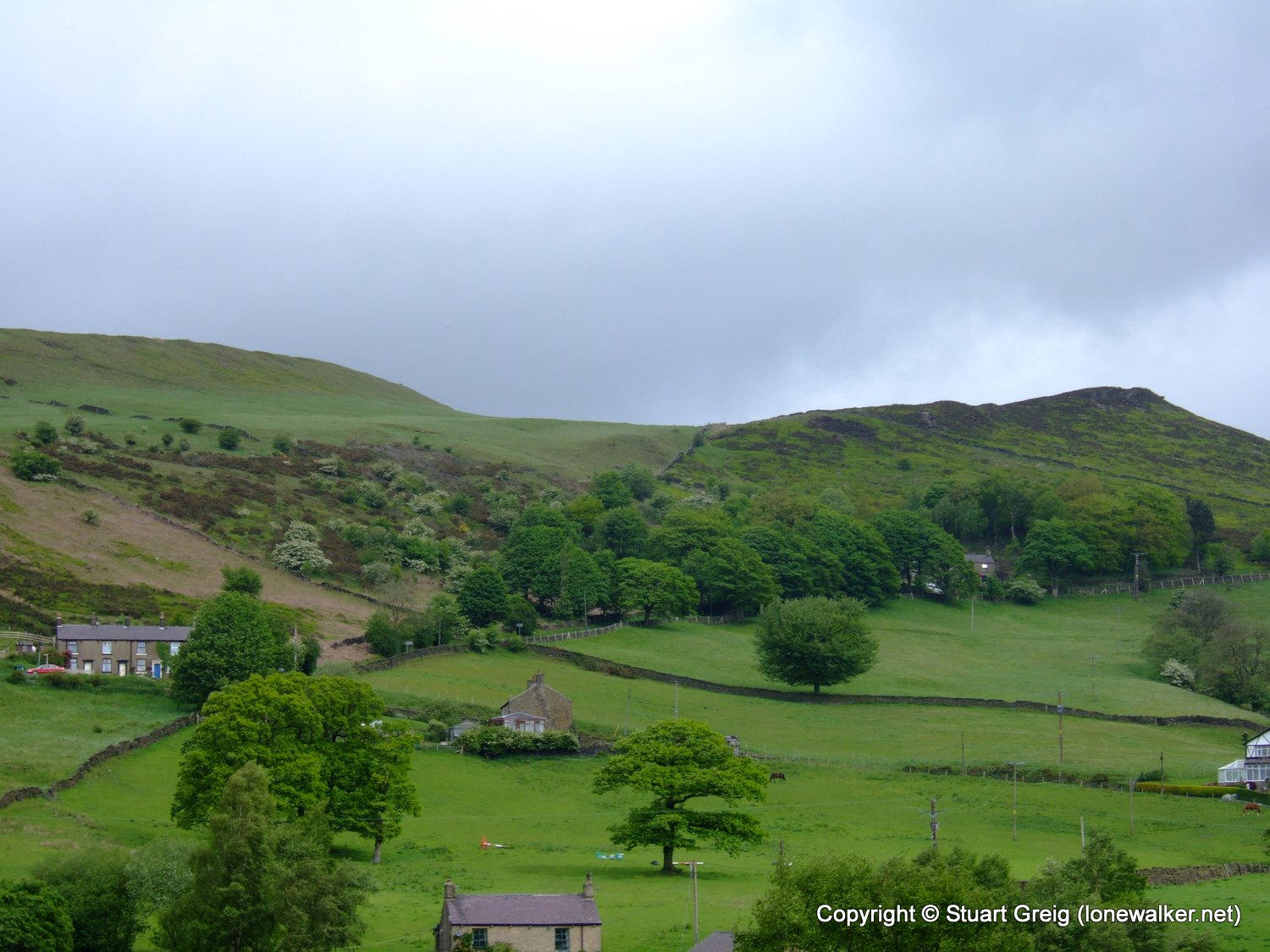 A short walk along the pleasant river Sett returns you to Hayfield and the trespass car park beyond.