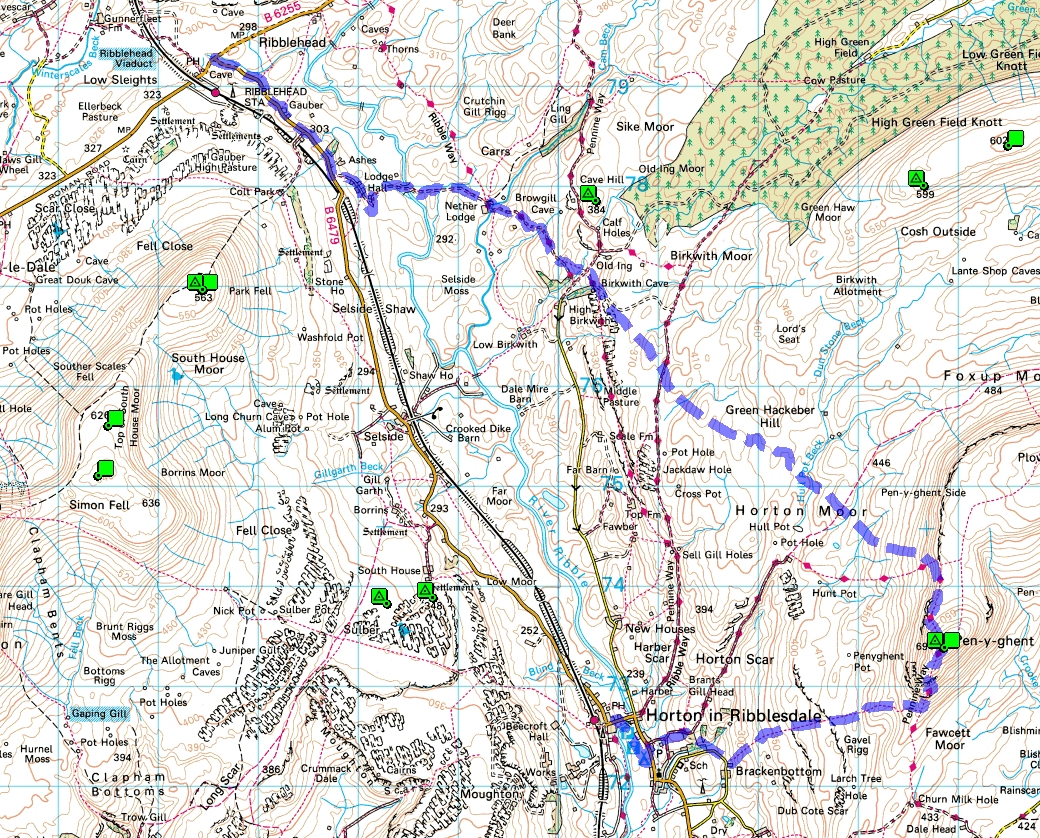 The day started off so well. The hotel was obviously used to people walking the 3 Peaks and made special arrangements for us to make our own breakfast as we wanted to be at the cafe before 07:00 to register ourselves and get an early start. We had cereal and toast and posted our details through the door of the cafe at 07:00 sharp.

We left slightly ahead of another small group of walkers obviously headed up by a very experienced chap with a loud voice and trousers tucked into his red socks. Leaving the village I made a slight navigational error and had to suffer the indignity of having Mr Redsocks shout “If you’re looking for Pen-y-Ghent then you need to turn left, not right”. Hill-rage; it’s not pleasant, but I immediately wanted to stick my pole through his…. anyway, we were on our way. The other group soon fell behind as we set a  reasonable pace up the flanks of PYG. 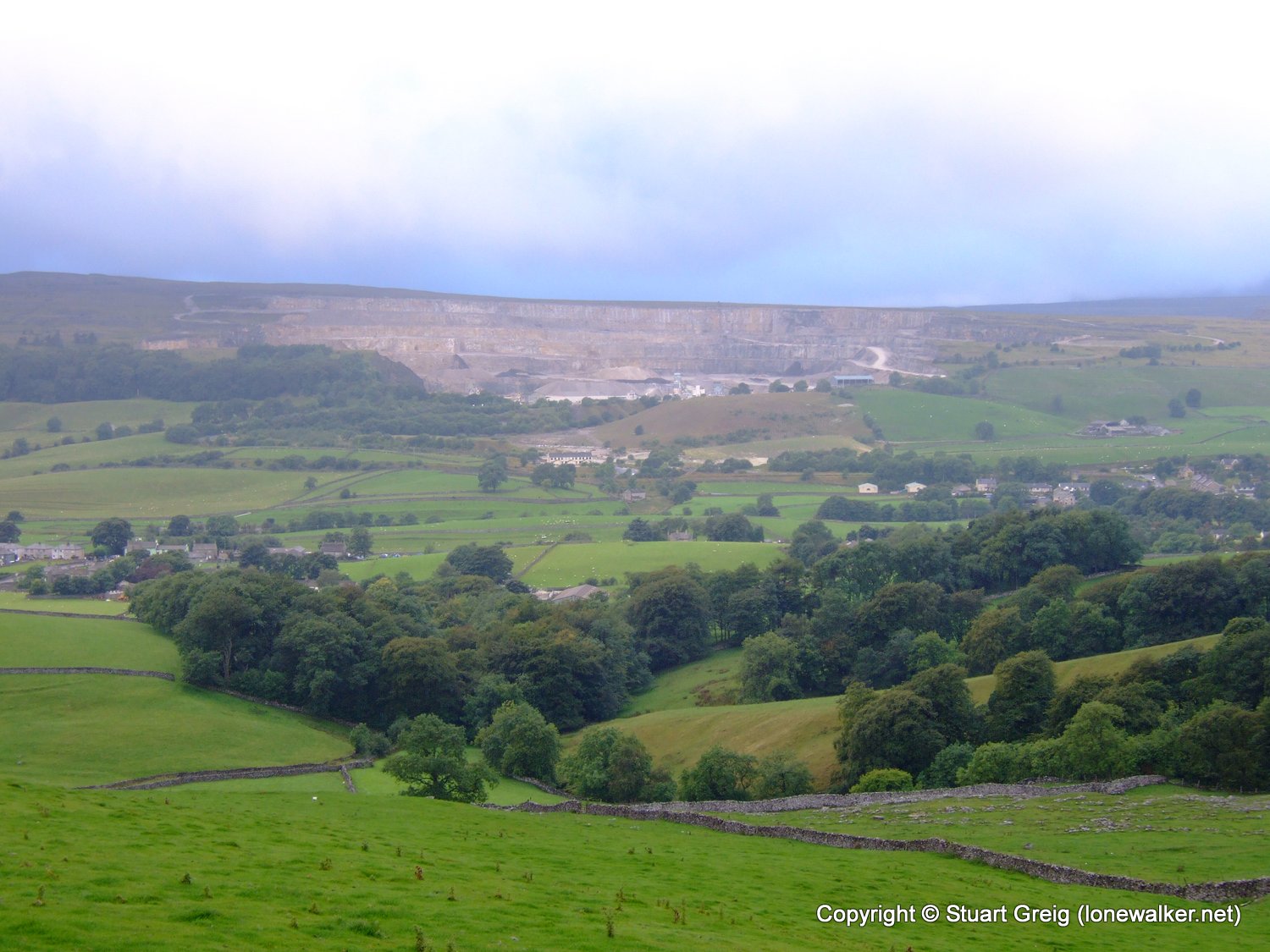 Looking back to Horton from the path up to PYG

The first clear view of the sculpted flanks of PYG. Although it was quite misty, we were rewarded with occasional glimpses as the slight wind scattered the clouds. 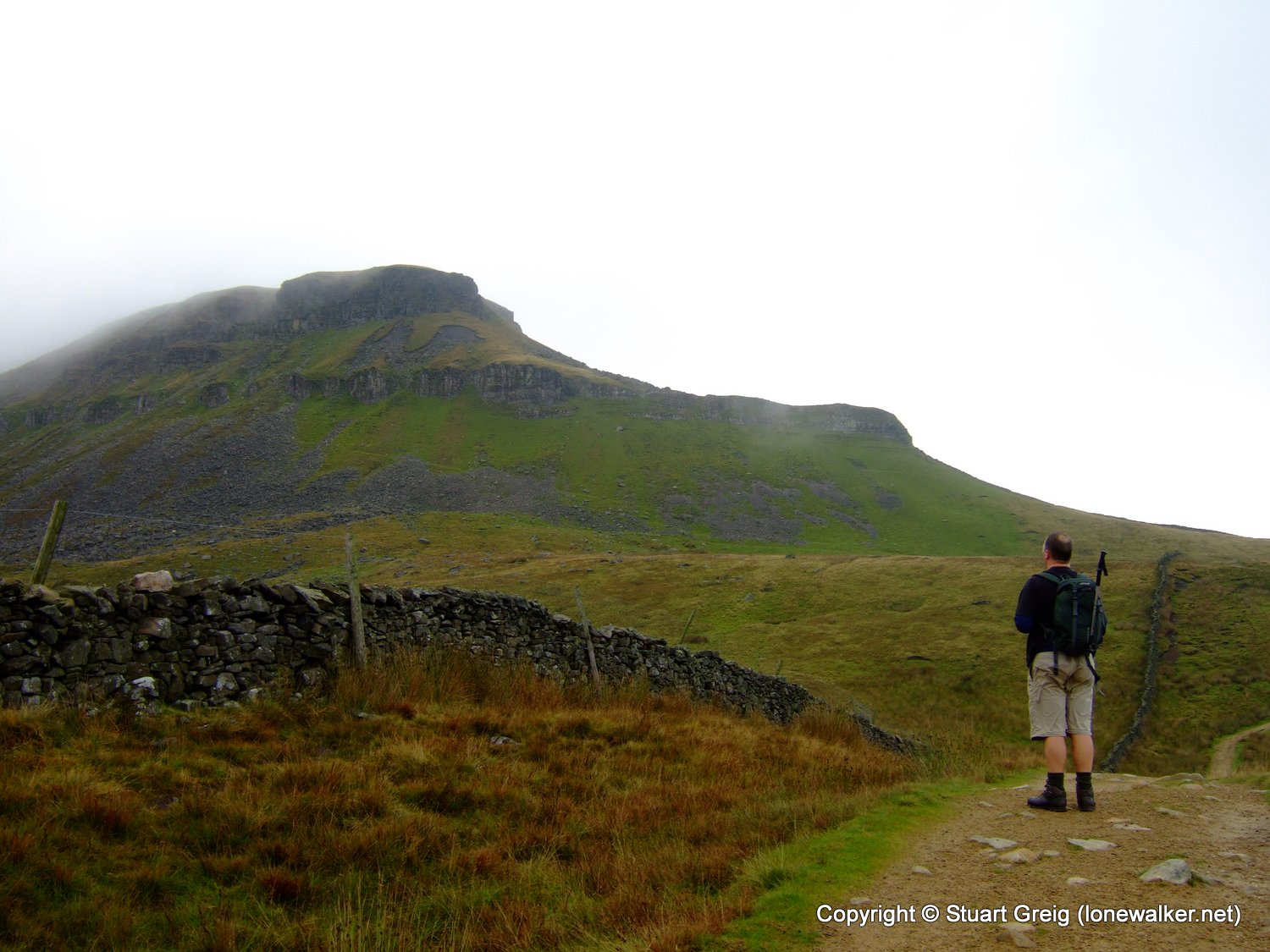 It really is an impressive lump of rock isn’t it? 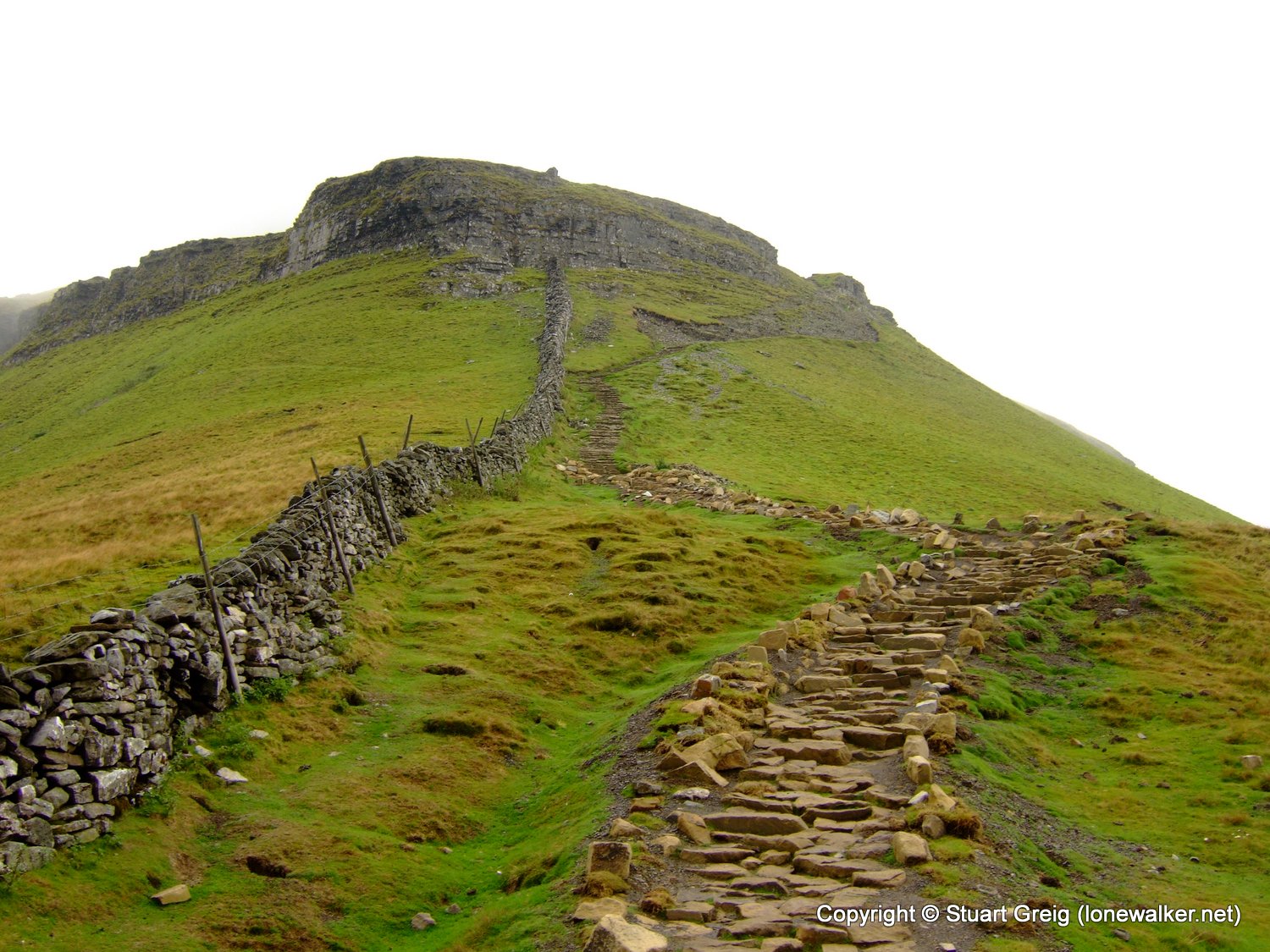 The path now meets the Pennine Way footpath and things become a little more stabilised underfoot. This staircase has helped to reduce the erosion on the side of the hill. It’s still easy to see where people had been walking and where it’s now healing up. 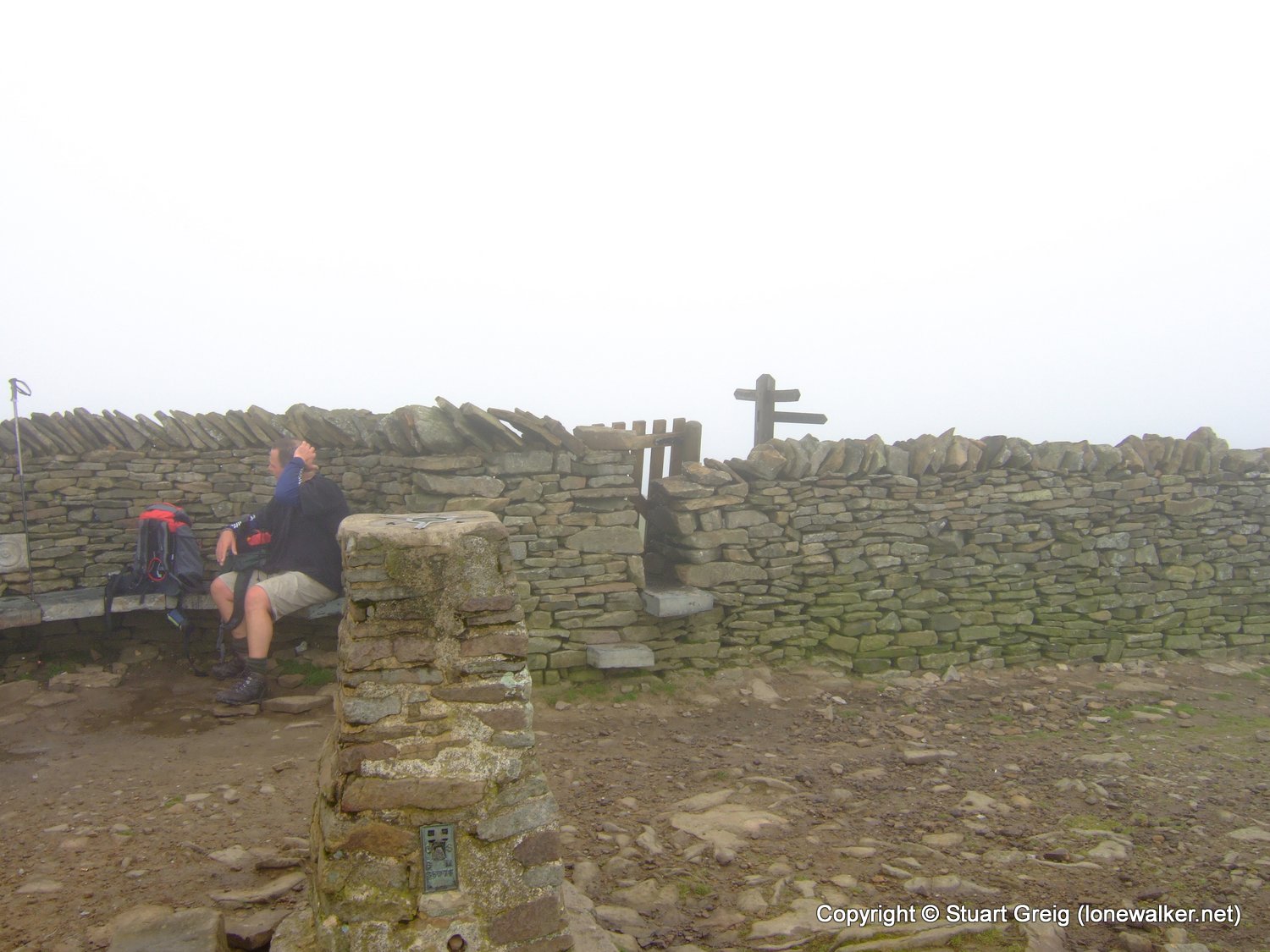 The misty summit of PYG. The last little scramble to the top is very steep and could be quite unnerving if you have a fear of drops. We didn’t spend much time here, but pushed on down to Ribblehead. It had taken us 1 hour and 5 minutes to cover the 2.9 miles from Horton to the top of PYG. 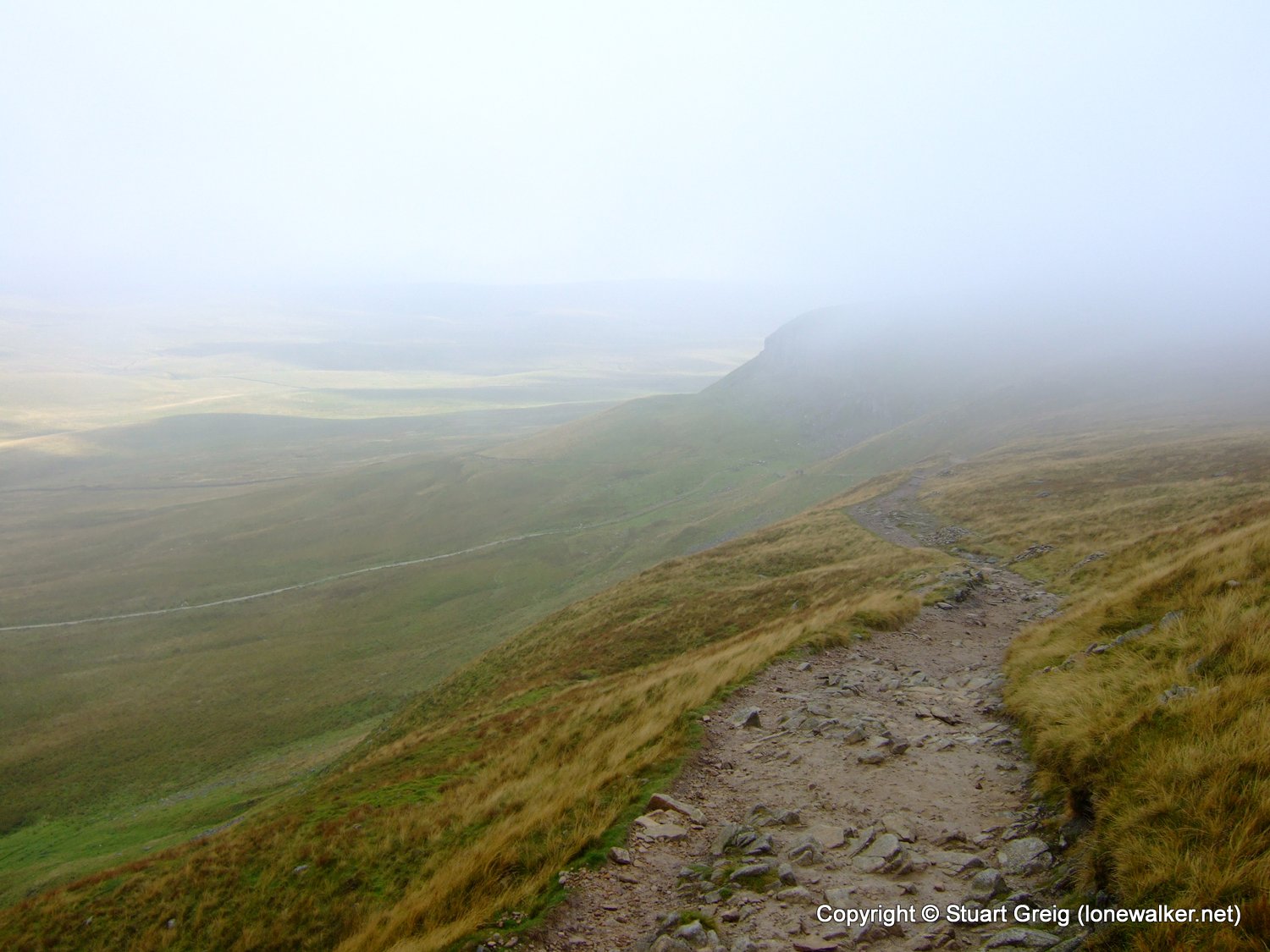 The path leads back to the sunshine, but not before passing through some very boggy areas. We’ve left the Pennine Way footpath now, which has returned to Horton. We’re left with one or two large peat hags, like Black Dubb Moss. We found the recently deceased corpse of a sheep in one peat bog, it was bloating nicely and we could smell it before we could see it. Using my pole, I found a shallow section to cross and only got mud up to my knee on one leg. 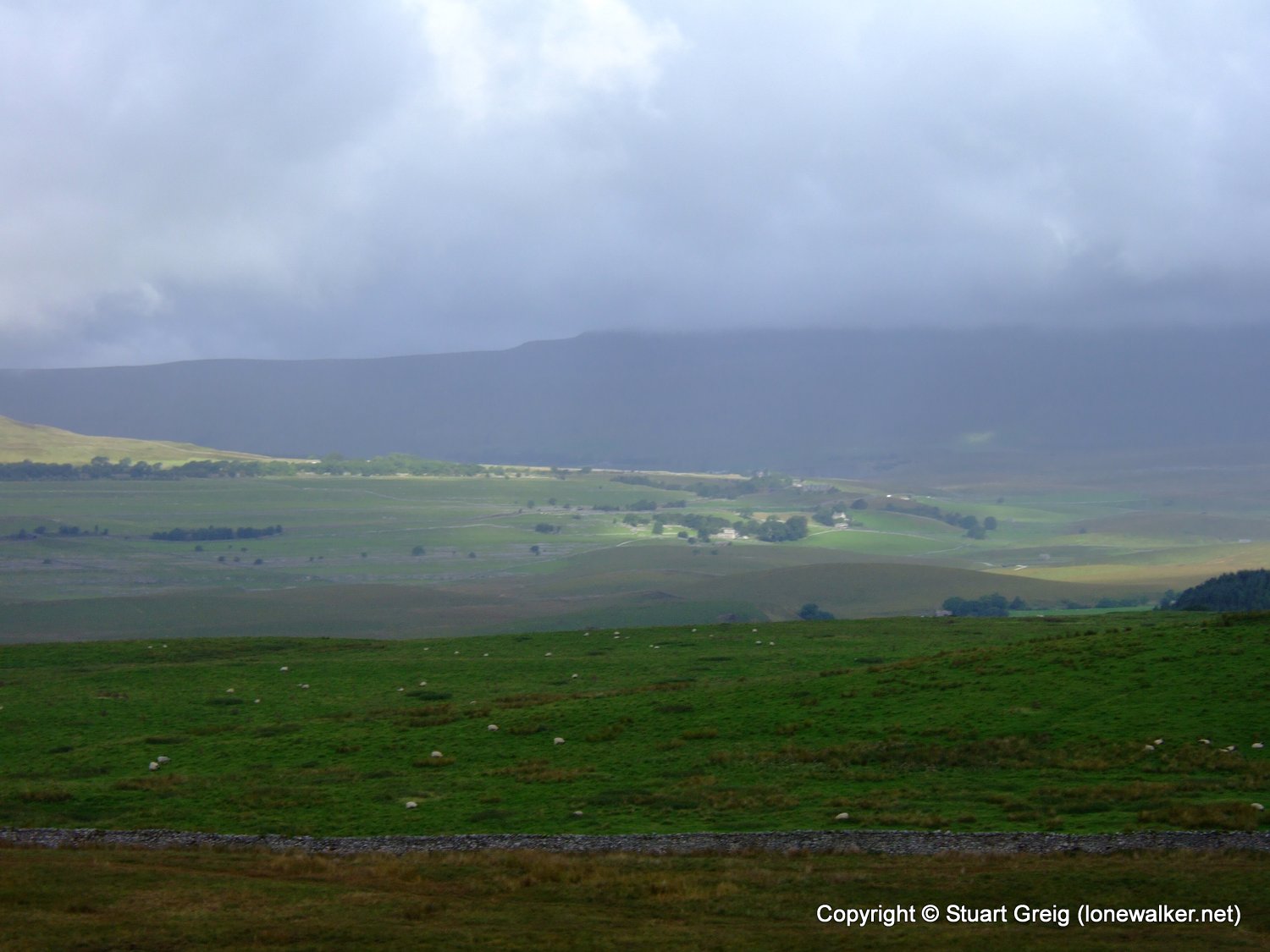 There is a long, mainly flat, hard core and then road section after the peat hags and I began to feel distinctly tired. It came on me in a rush. One minute I was feeling fine, the next I felt like someone had pulled the plug out and all my energy drained away. It was a challenge to keep walking, never mind sustain the pace we had been keeping up until now. 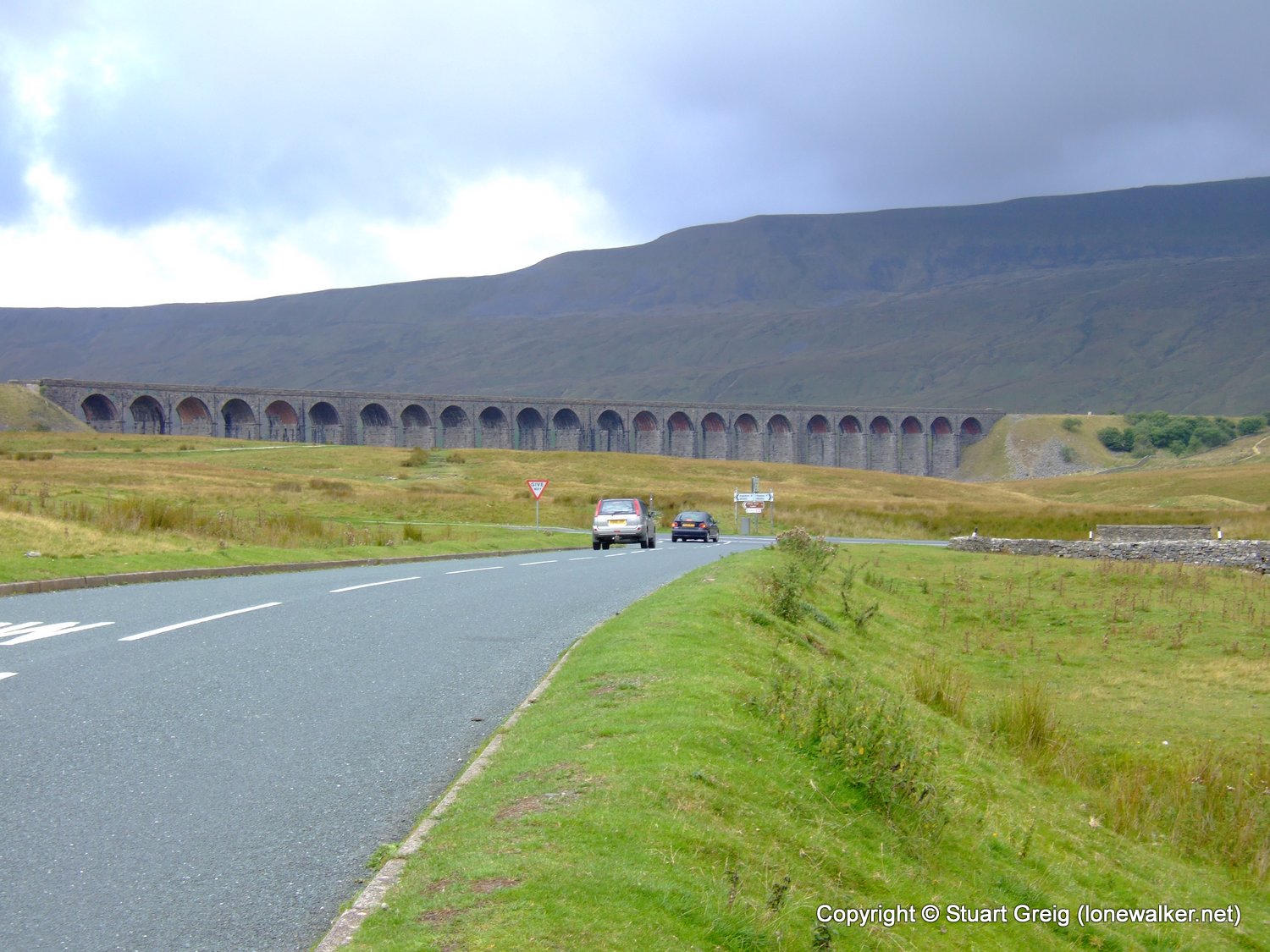 The 3.5 miles from High Birkwith to the Ribblehead viaduct was my worst walk to date. I felt awful. I was lagging behind Mike and our pace dropped to little more than a crawl. The tea van parked at Ribblehead was quite easily the best sight ever. I knew I was knackered. I could see that Mike was still feeling fine and he’d been looking forward to this walk for weeks. I was loathe to let him down, and yet I couldn’t take the risk of continuing and then having a more serious problem half way up Whernside, in the middle of nowhere.

We had a cup of tea and I made the decision to pull out. Mike didn’t want to continue alone, I guess I must have looked as bad as I felt. We decided to get the train back to Horton. As we walked slowly towards the station to catch the morning train, we saw it trundle across the viaduct, pull into the station and then leave. Bugger! There wasn’t another train for over three hours and it was only 10:50 – even the pub was shut! 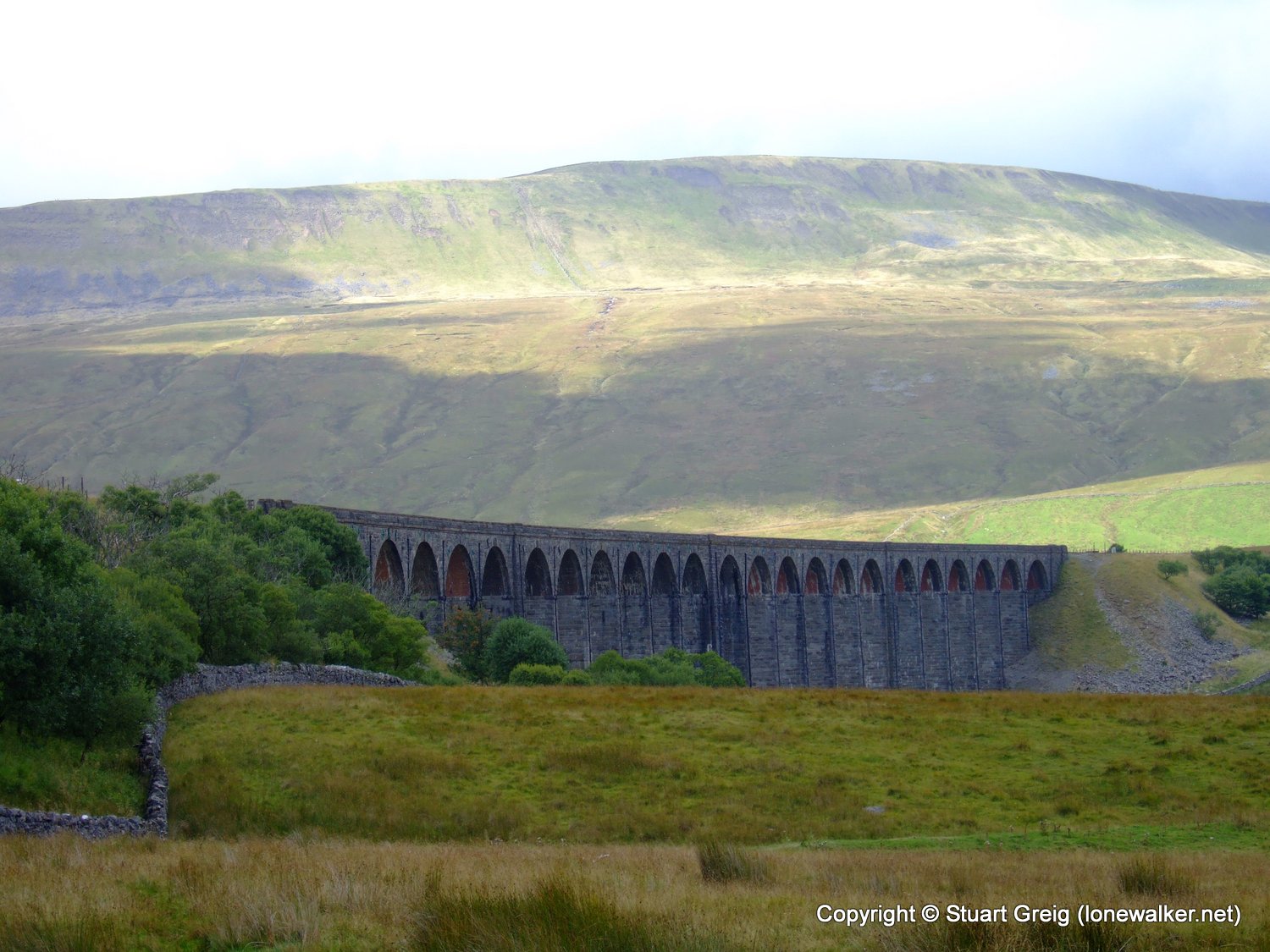 This was taken from the beer garden of the Station Inn.

We spent an hour sitting outside the pub waiting for it to open and another couple of hours sitting inside it waiting for the train to arrive. We then spent the rest of the afternoon and evening in the hotel drinking Old P and getting seriously hammered. A great end to an awful day. But in the spirit of the best action heroes….. I’ll be back!