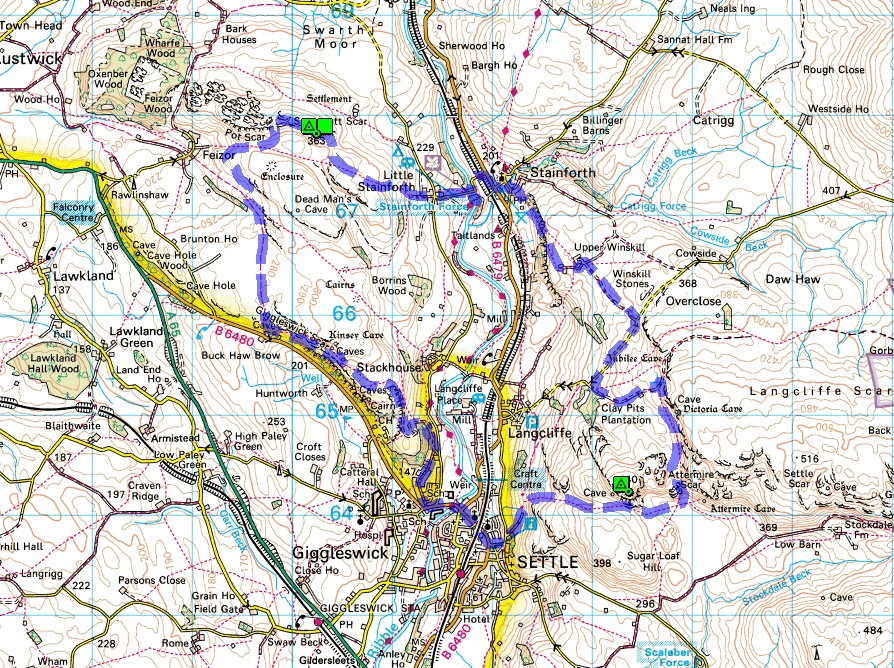 This time I had a weekend away with my neighbour and occasional walking companion Mike. We planned to spend two days walking in Yorkshire, including doing the Yorkshire 3 Peaks on the Sunday. After completing the Coast to Coast earlier in the year I was quite confident I would manage the 3 Peaks Challenge, after all it’s only 25 miles and about 5500 feet of ascent 🙂

We stayed in Horton and planned a pre-challenge warm up for the Saturday, taking in the limestone scars of Smearsett and Attermire with a lazy evening in the pub drinking Theakston’s Old Peculier – my all-time favourite beer.

For our warm up walk, we parked in Stainforth and headed east, across the road and the fabulous old bridge to Stainforth Force. Families were out in force at the force and we saw a couple of brave (or foolish) chaps jumping from the top of the large drop into the peat coloured water below. Presumably one of them had tested the depth before jumping – but I wouldn’t bank on it. 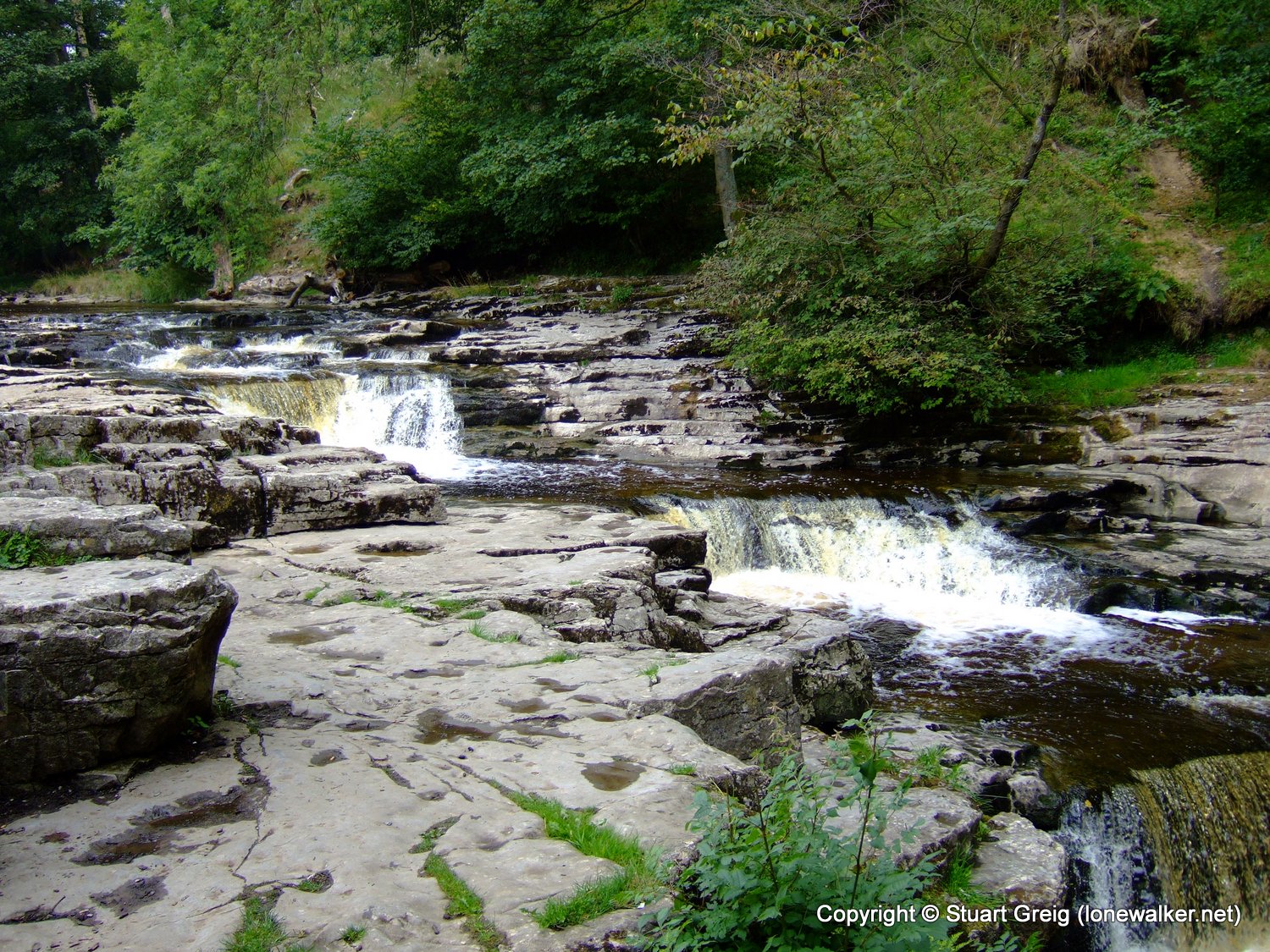 Stainforth Force. This was the only picture I could get without other people in it. I t was quite busy, mainly because its so easy to reach from the car park at Stainforth. 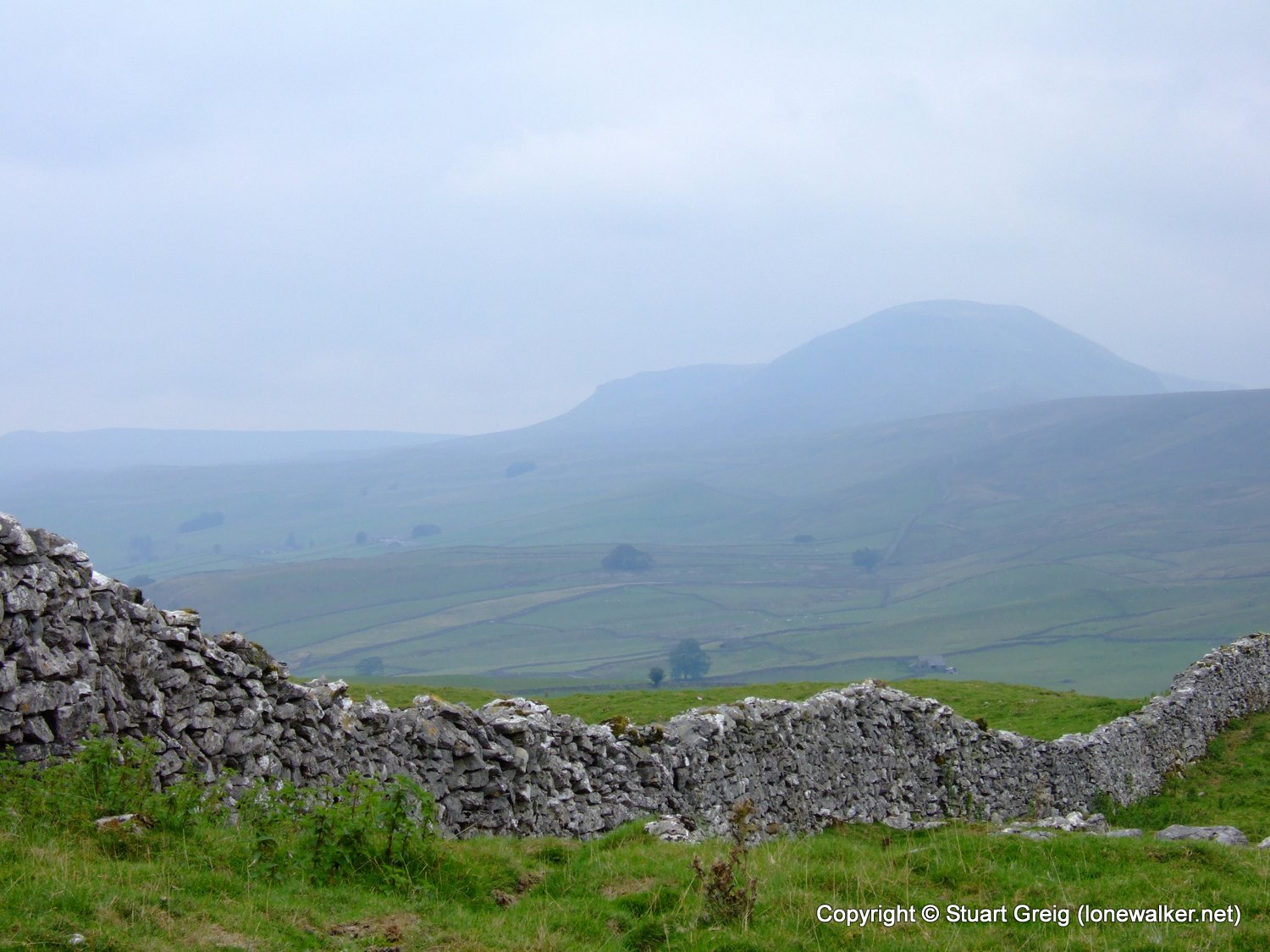 A bit misty today, but PYG is still easily visible from nearly every part of the walk. We would be heading up there tomorrow morning. 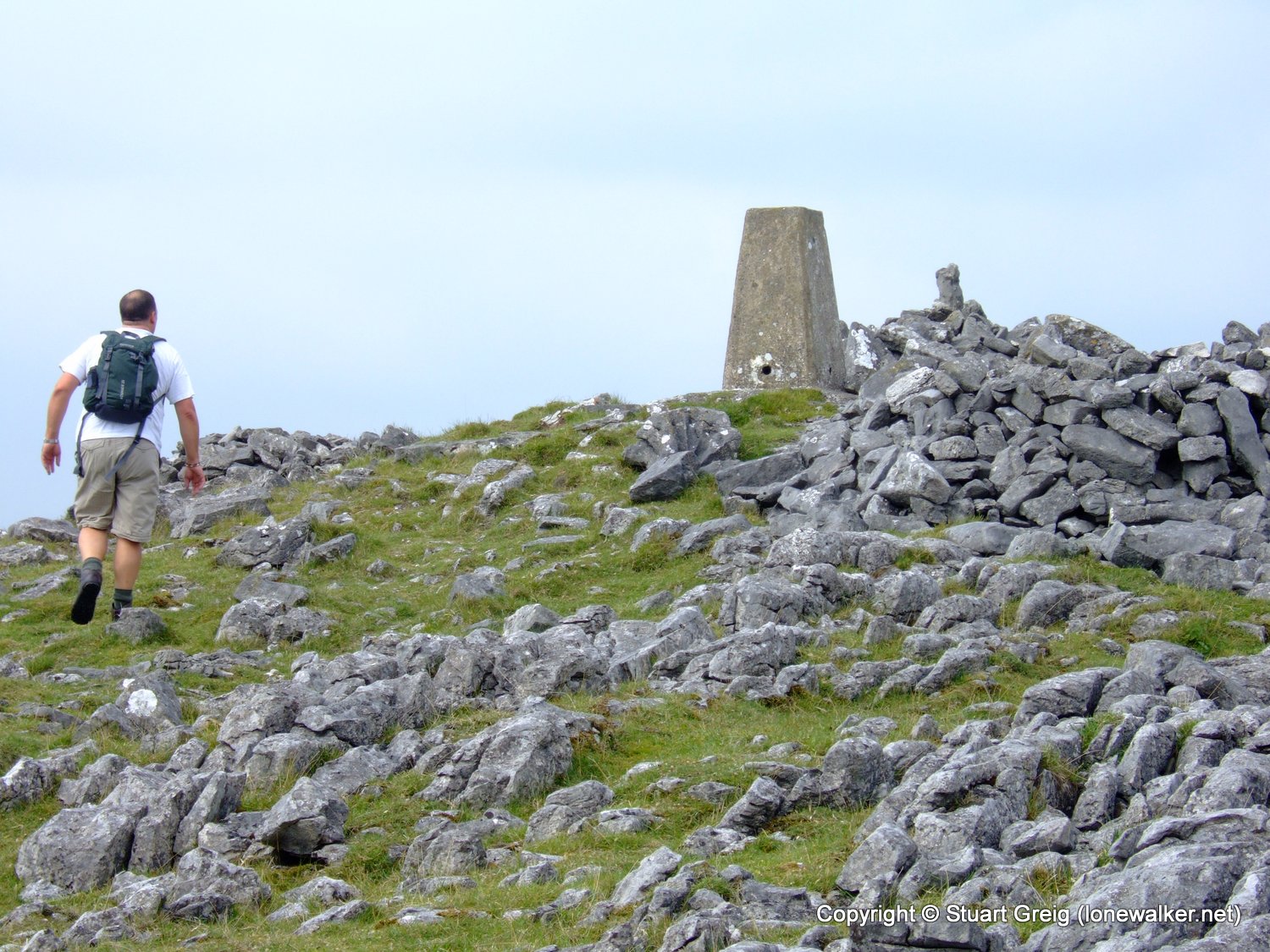 This really is limestone country. Approaching Smearsett Scar trig point, Mike dashed ahead to get to the summit first. We had to make a diversion from the usual right of way to reach this spot and then we risked the ridge walk eastwards towards Pot Scar. I say risked, in as much as we had no idea if we would be able to find a usable path back to the valley floor. However, with a little scramble we managed just fine. 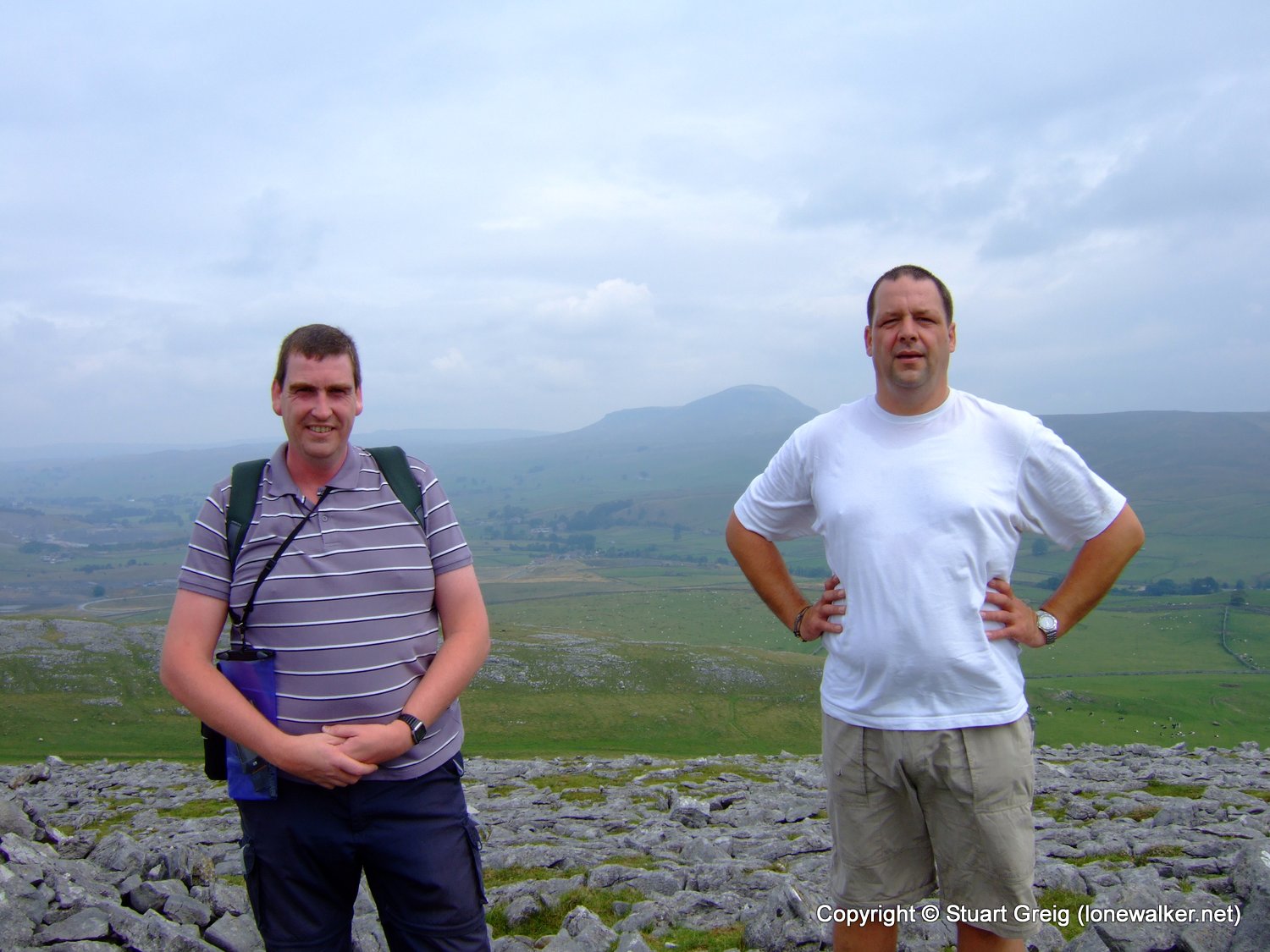 Why do the people I walk with, always look so much more at ease in pictures than I do? 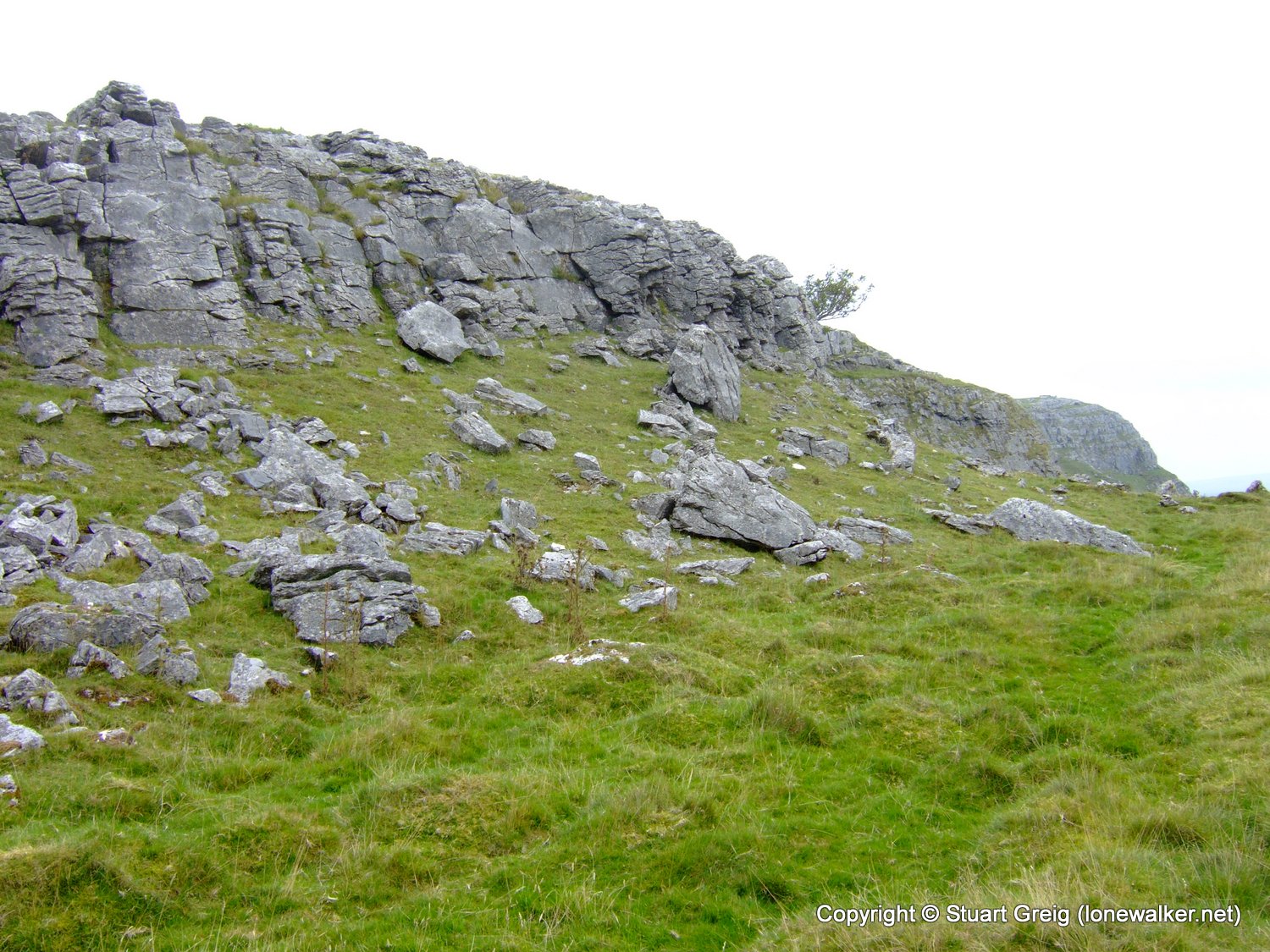 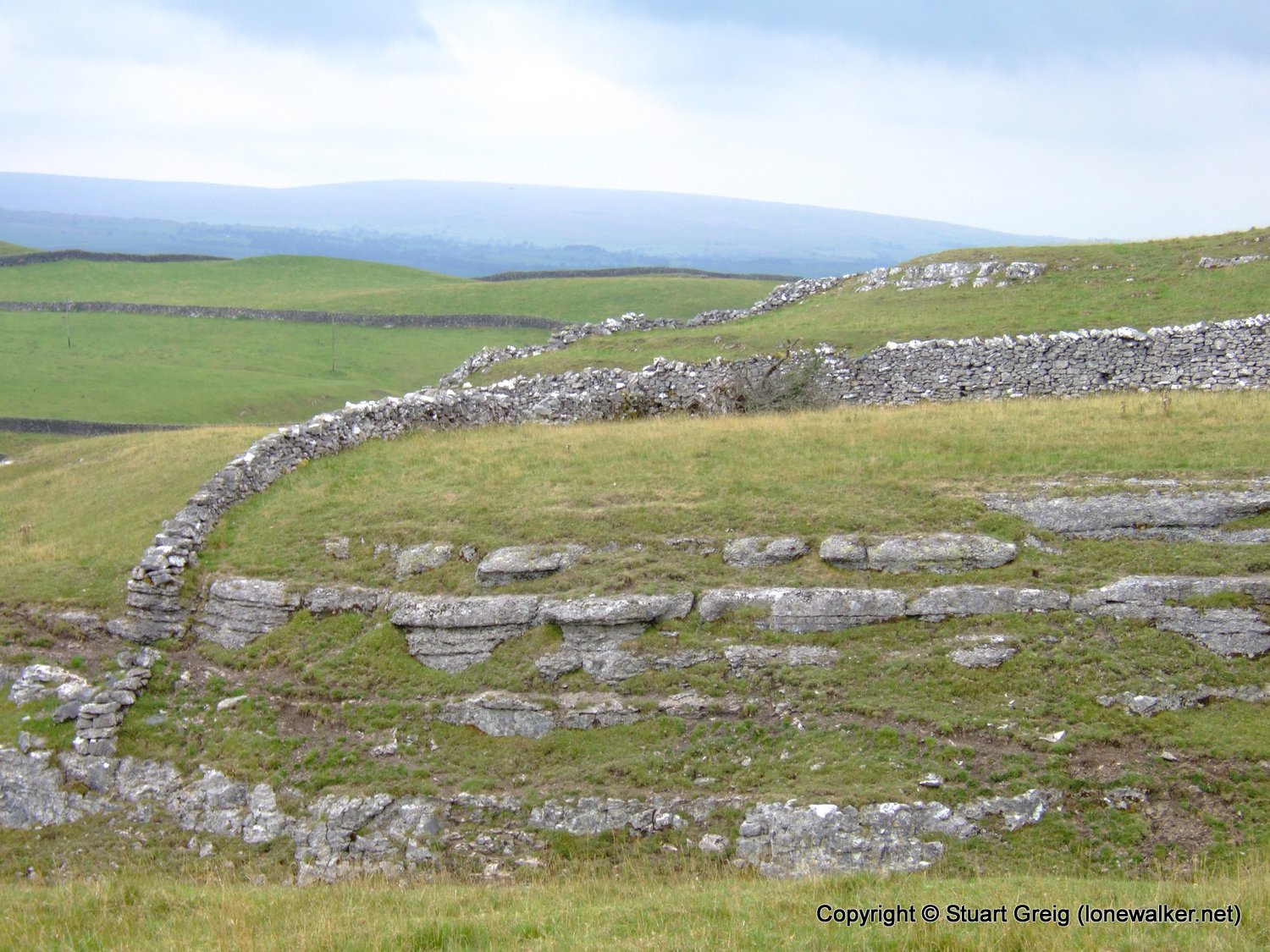 Don’t you just love the dedication of the old wallers. Nothing stopped them from completing their walls – not even a near vertical drop. 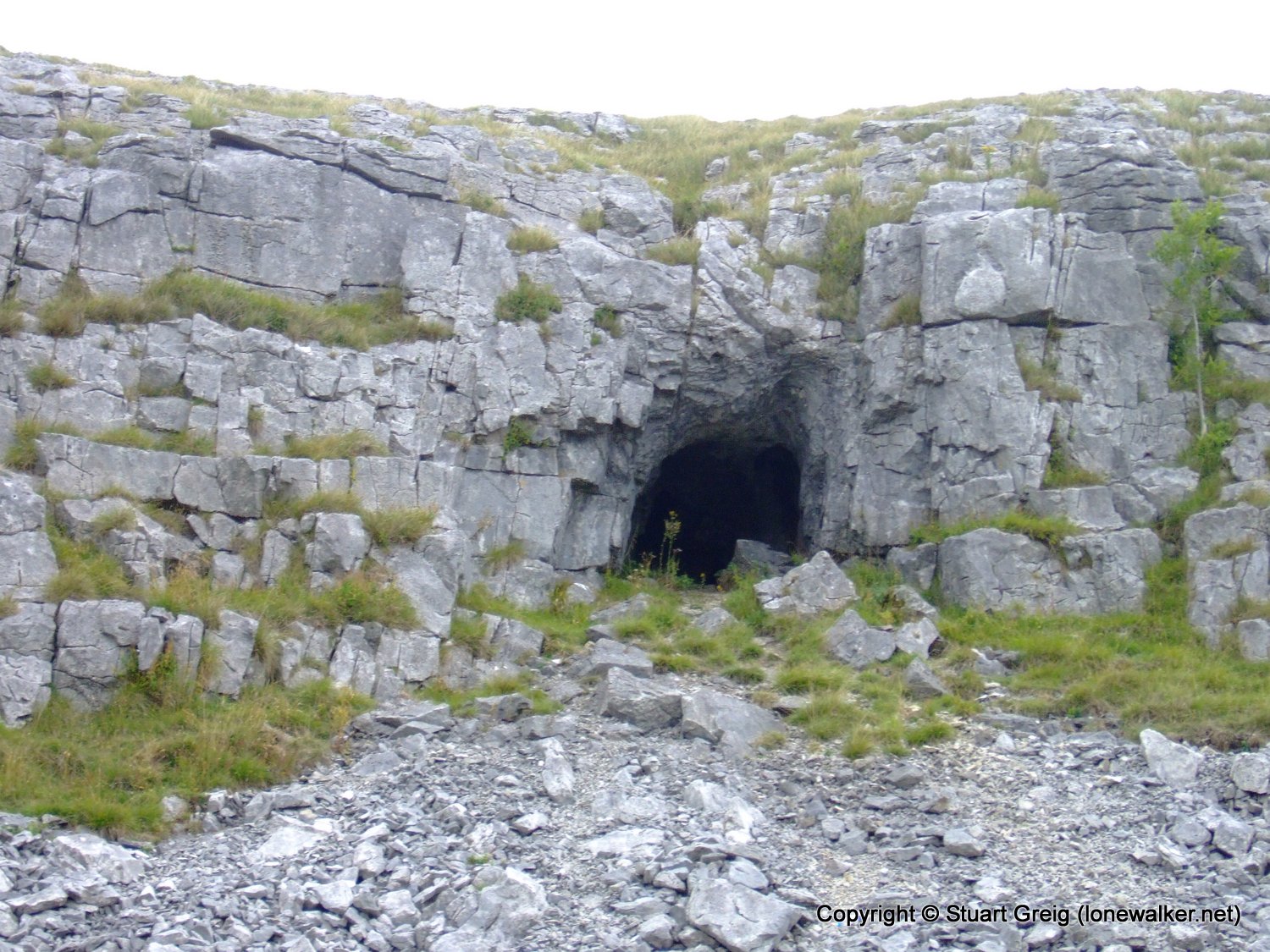 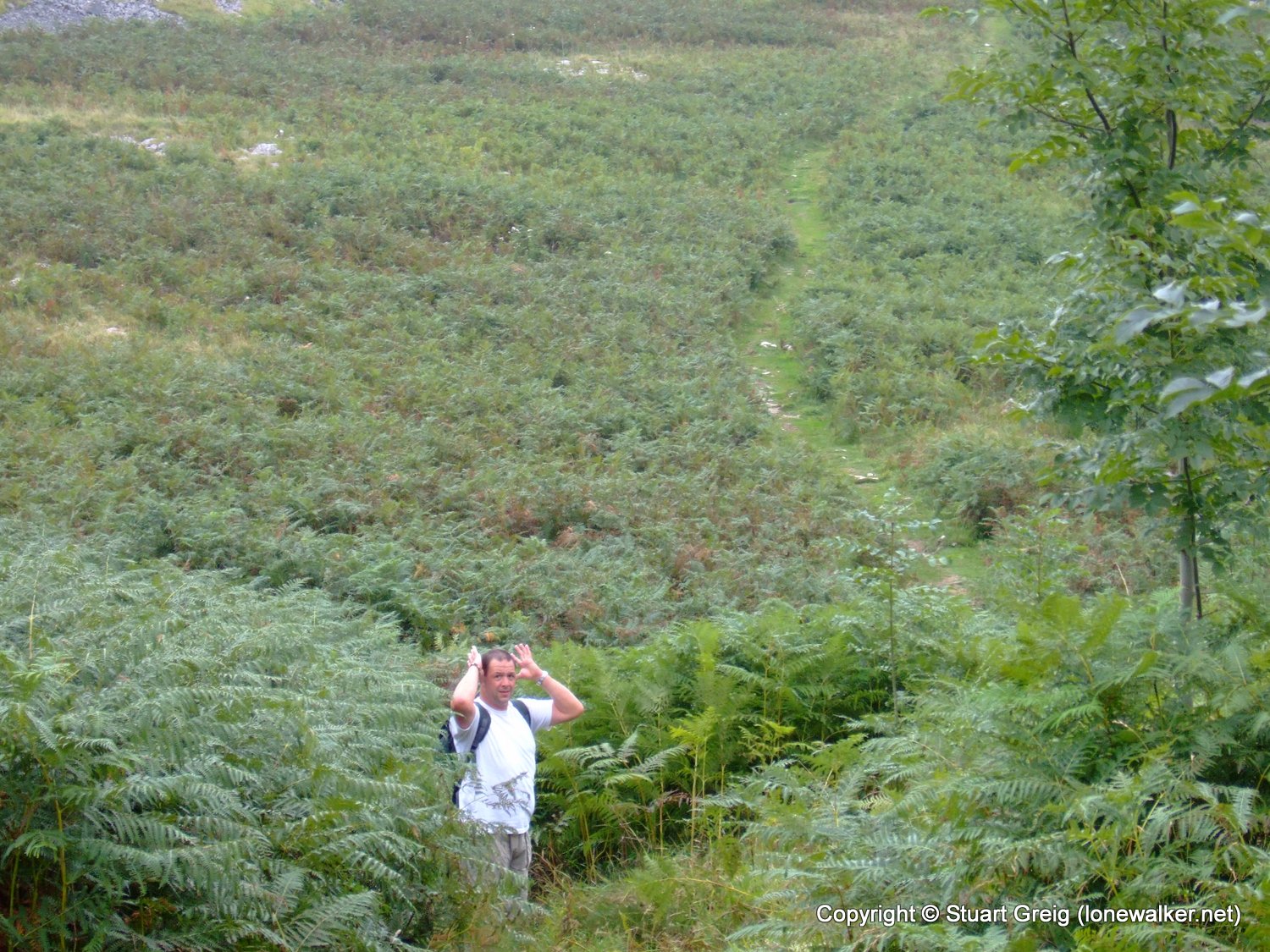 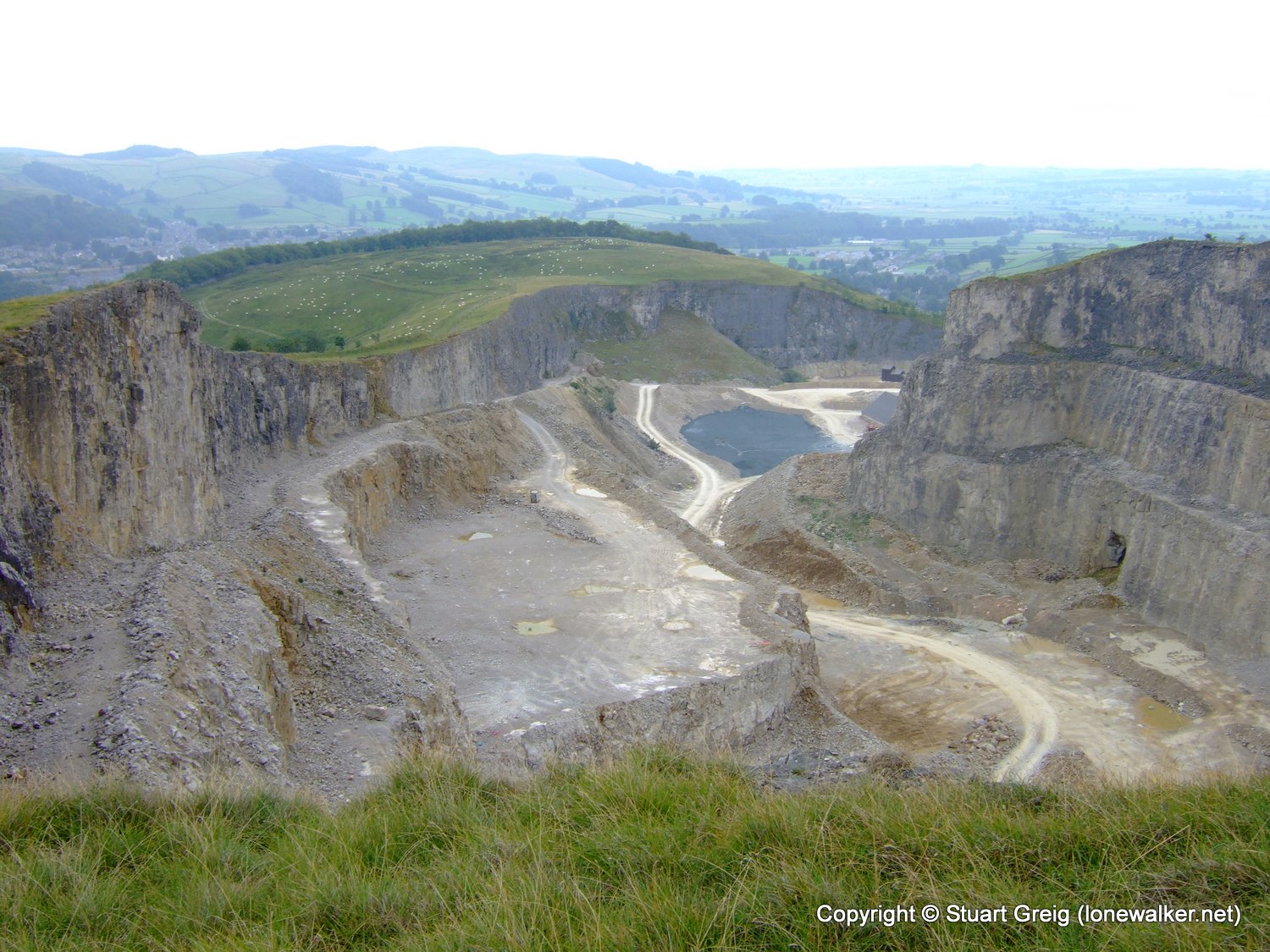 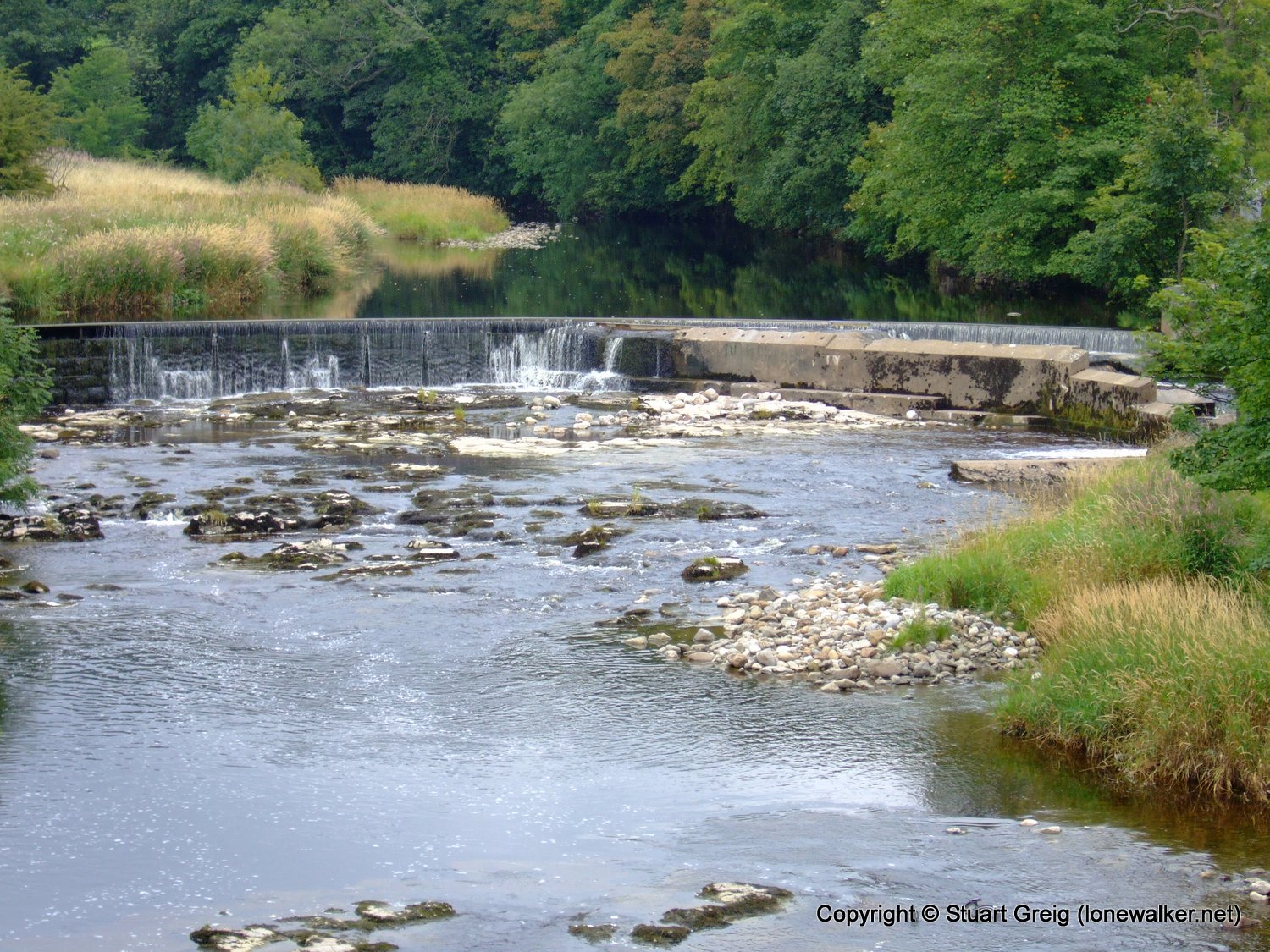 The falls at Settle 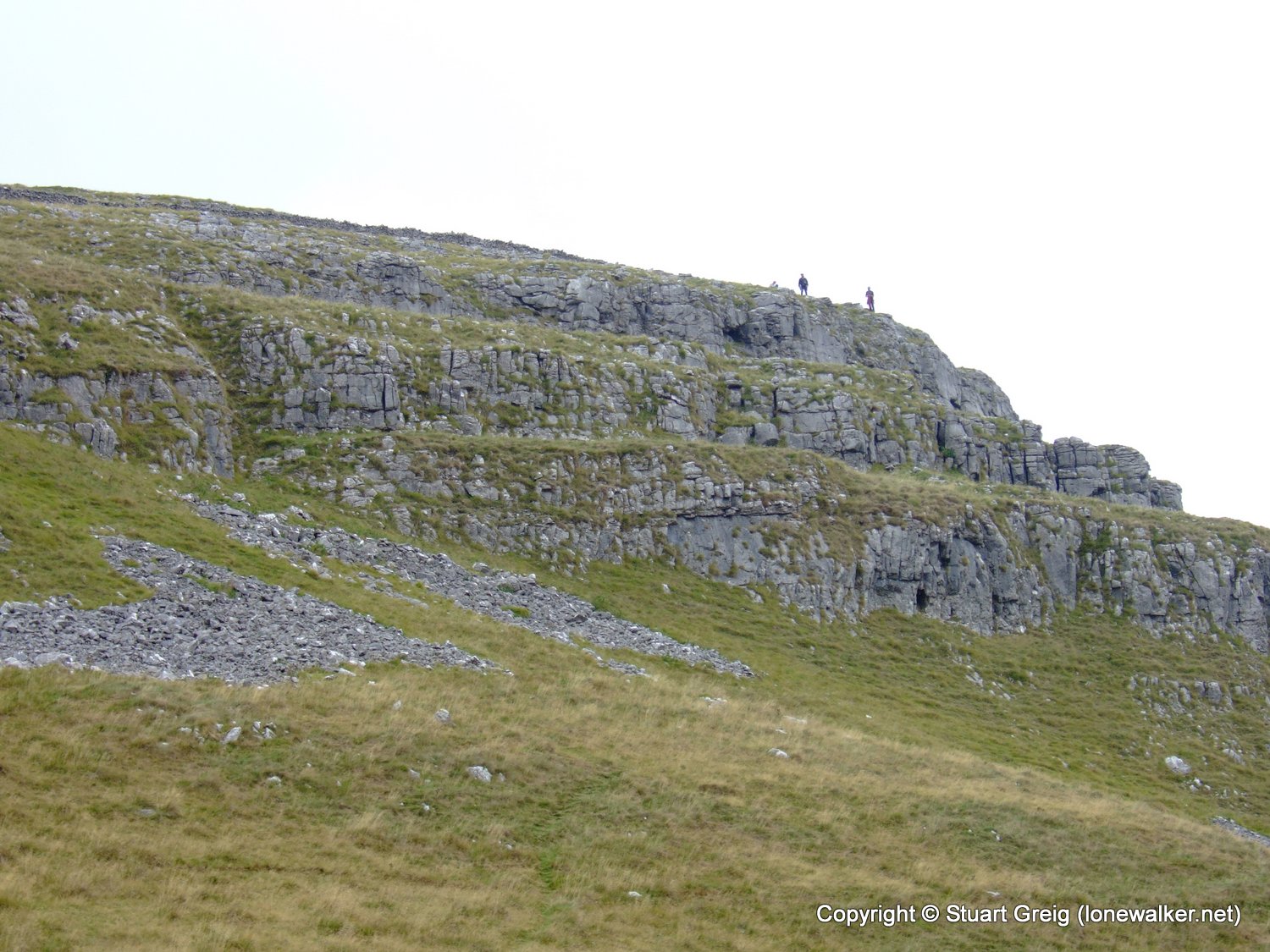 Warrendale Knotts. There’s a trig point up there, but it requires a diversion and a steep climb and scramble, so I’ll come back and do that another time. 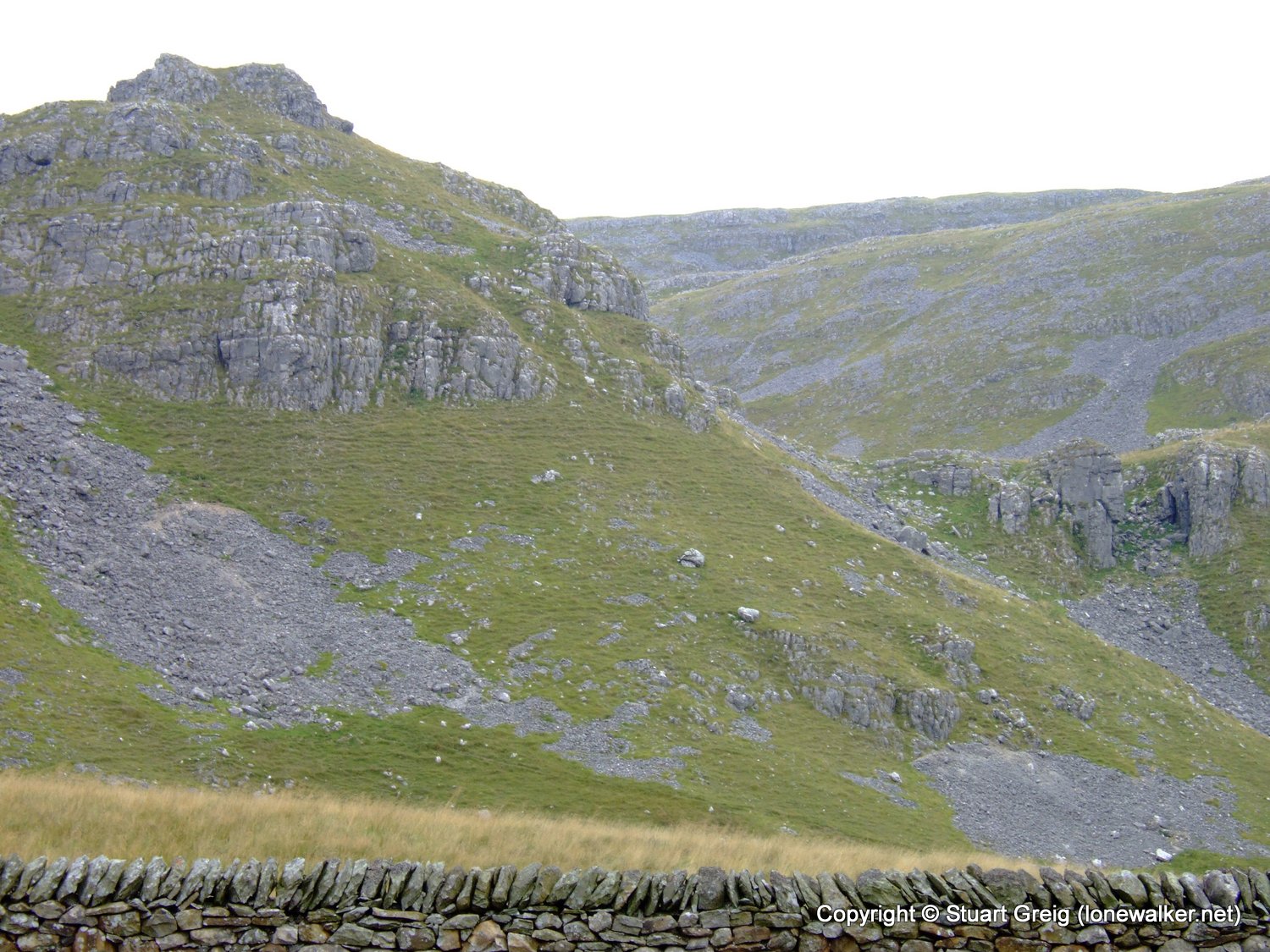 I can’t describe how much I enjoyed walking through this section. Attermire Scar is just fantastic, and all the more enjoyable for being a complete surprise. The steep cliffs completely surround the path and they’re all covered with this limestone scree. Its the sort of place you want to try and yodel in. 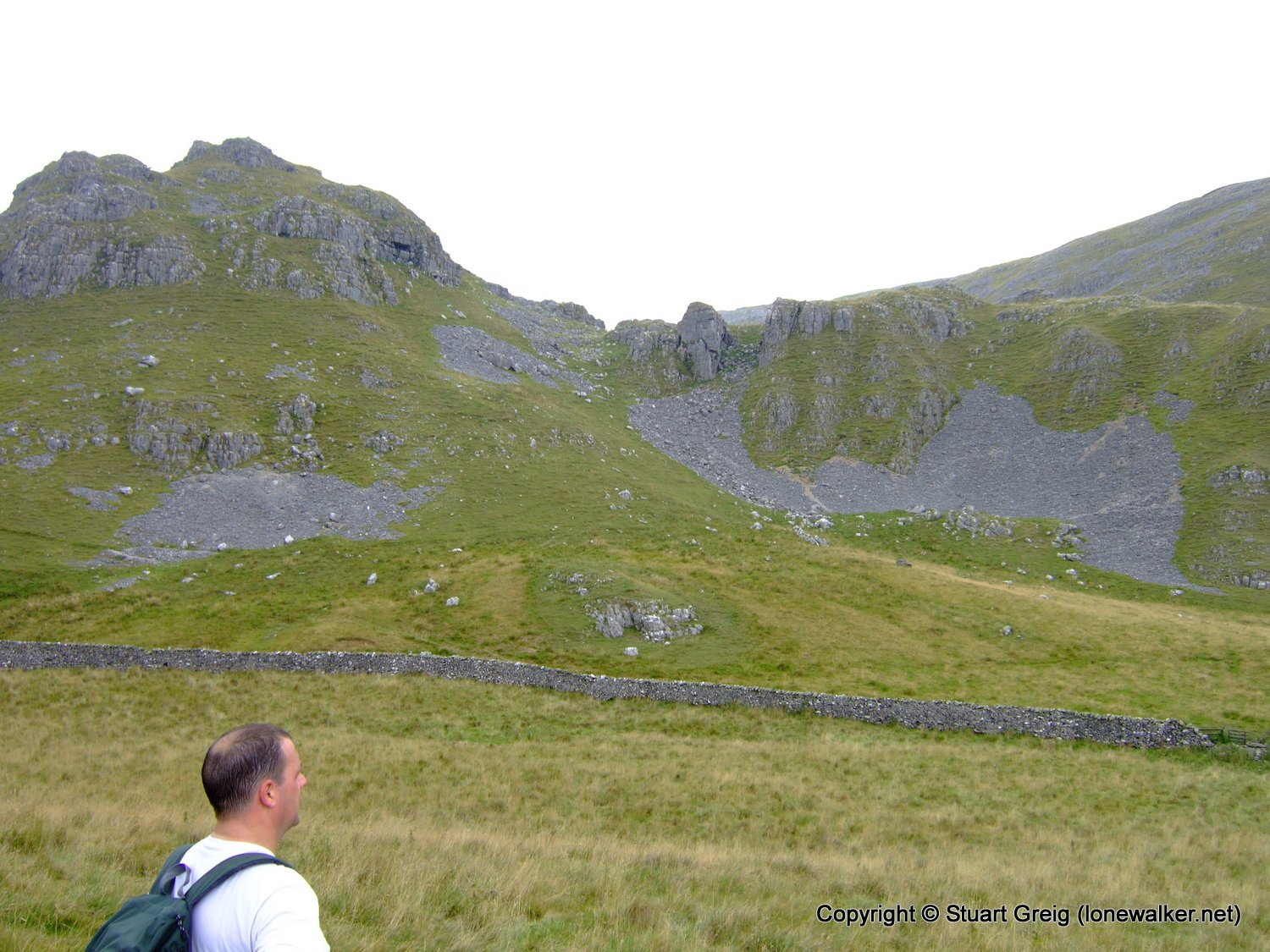 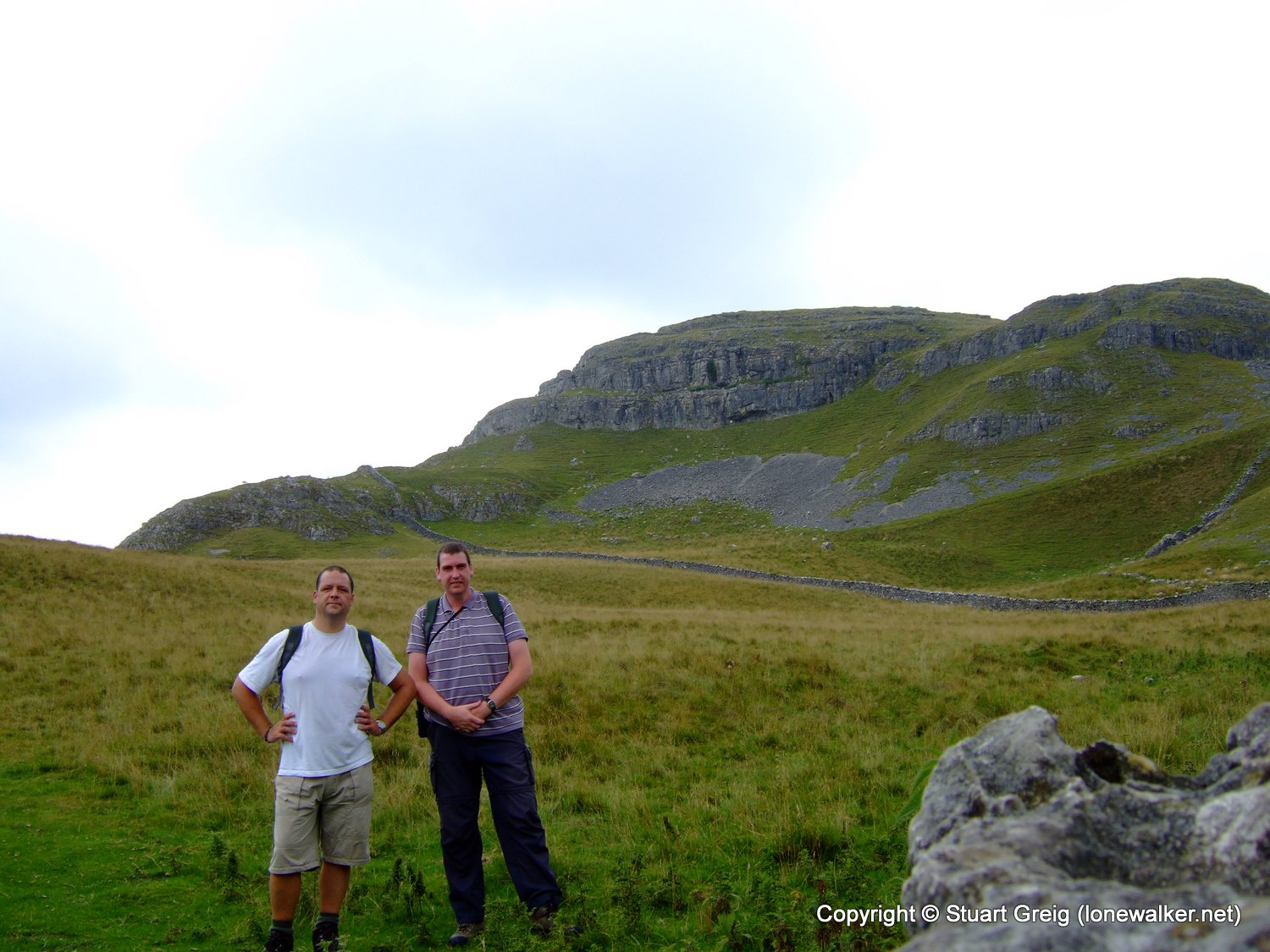 Once again, Mike manages to look completely relaxed, while I try and cover up my stomach. Anyway ignore the walkers and look at that scenery! 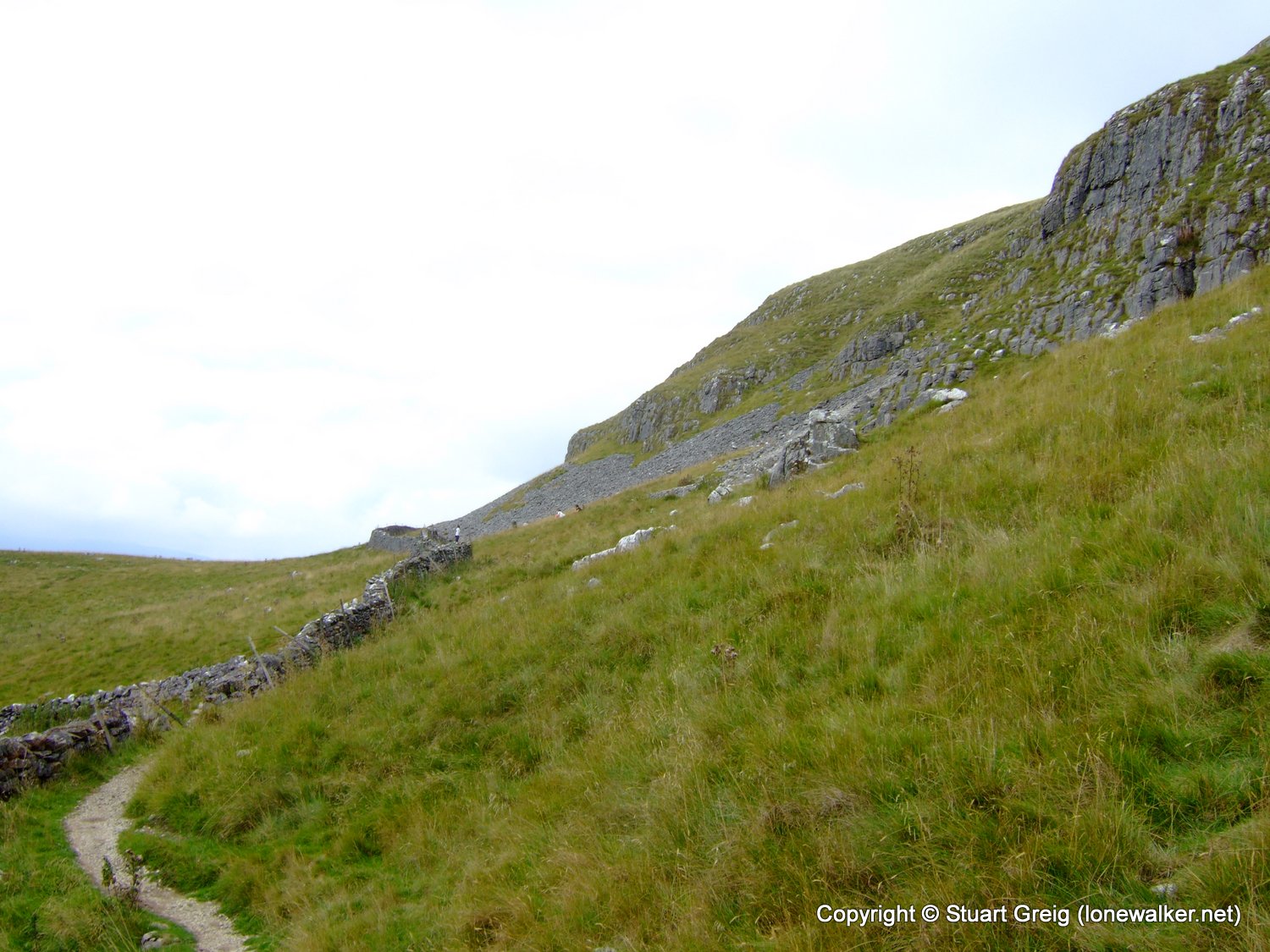 The path to Victoria Cave.

We returned to Stainforth and had a relaxing pint in the Craven Heifer. As we walked in the barman said “Oh, it’s started to rain then?”. It was an easy mistake to make based on our sweating faces and sweat soaked hair. We had an awkward pint and then left for Horton.