Download file for GPS
Tex and I had arranged to meet up today, to have a walk around Coniston Water somewhere. He was on his family holiday at his place in the Lakes and I had a days holiday booked. He text me at 05:40 to say the rain was bouncing and the wind was rocking the foundations. I checked the weather forecast with tea and toast in hand and it didn’t look like changing any time soon, but as he was already there and I’d booked the day off, we decided to walk anyway and bugger the consequences.

As it turned out we got hit by a few raindrops a couple of times and we had to hunker down out of the wind for lunch, but other than that it was a fine walking day. So much for the bloody weather-guessers. 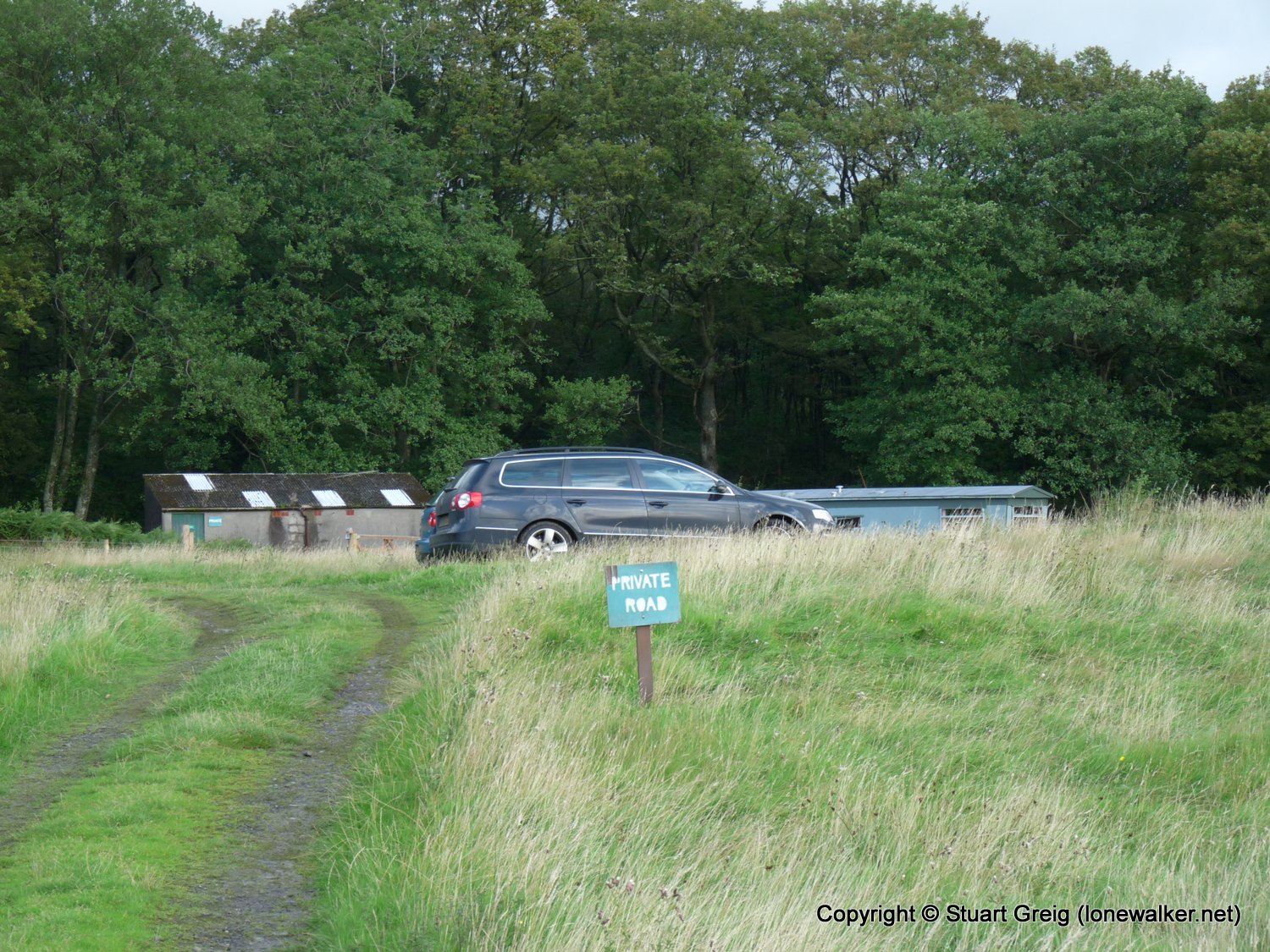 Parking at Tex’s place near Coniston 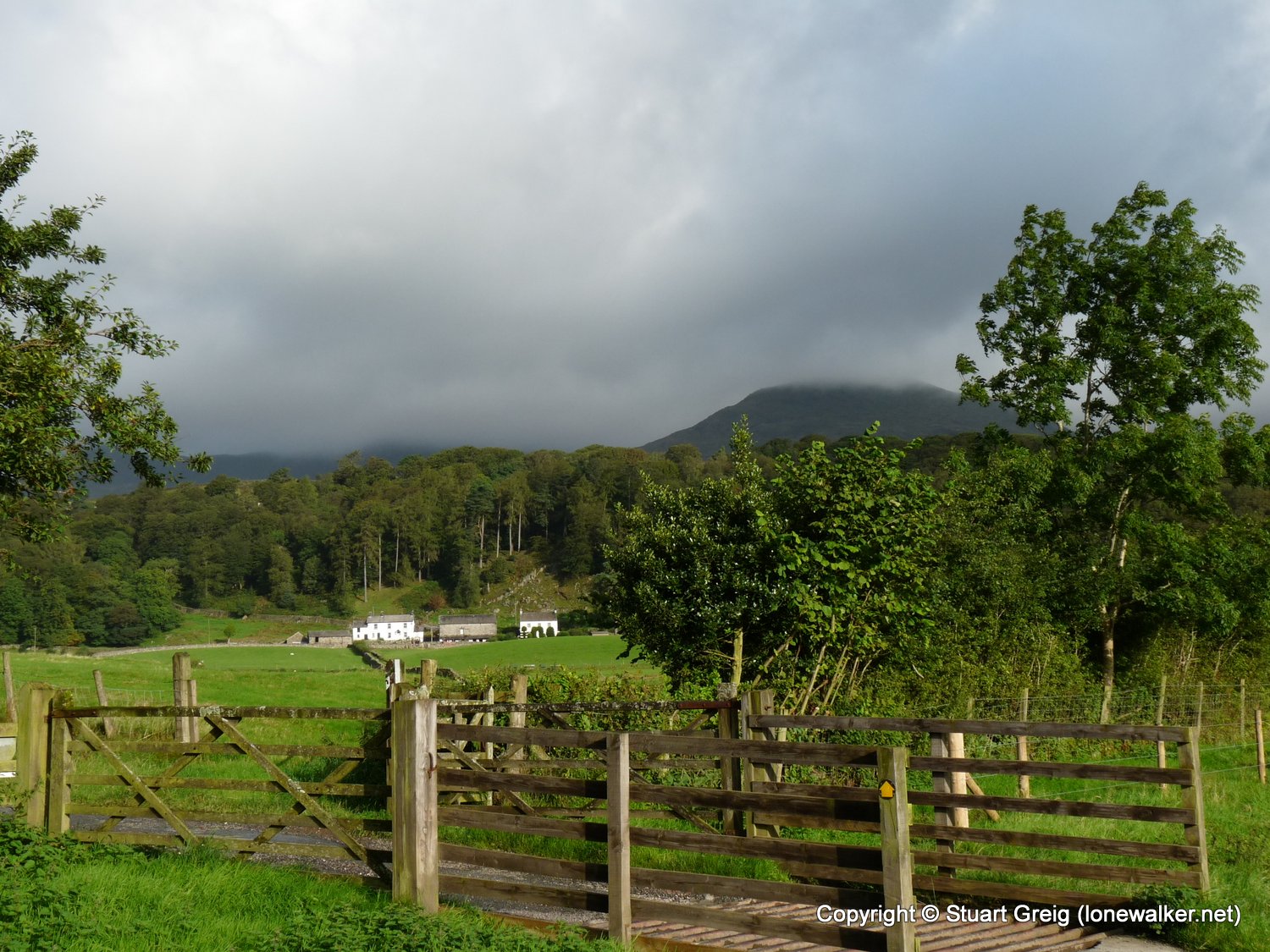 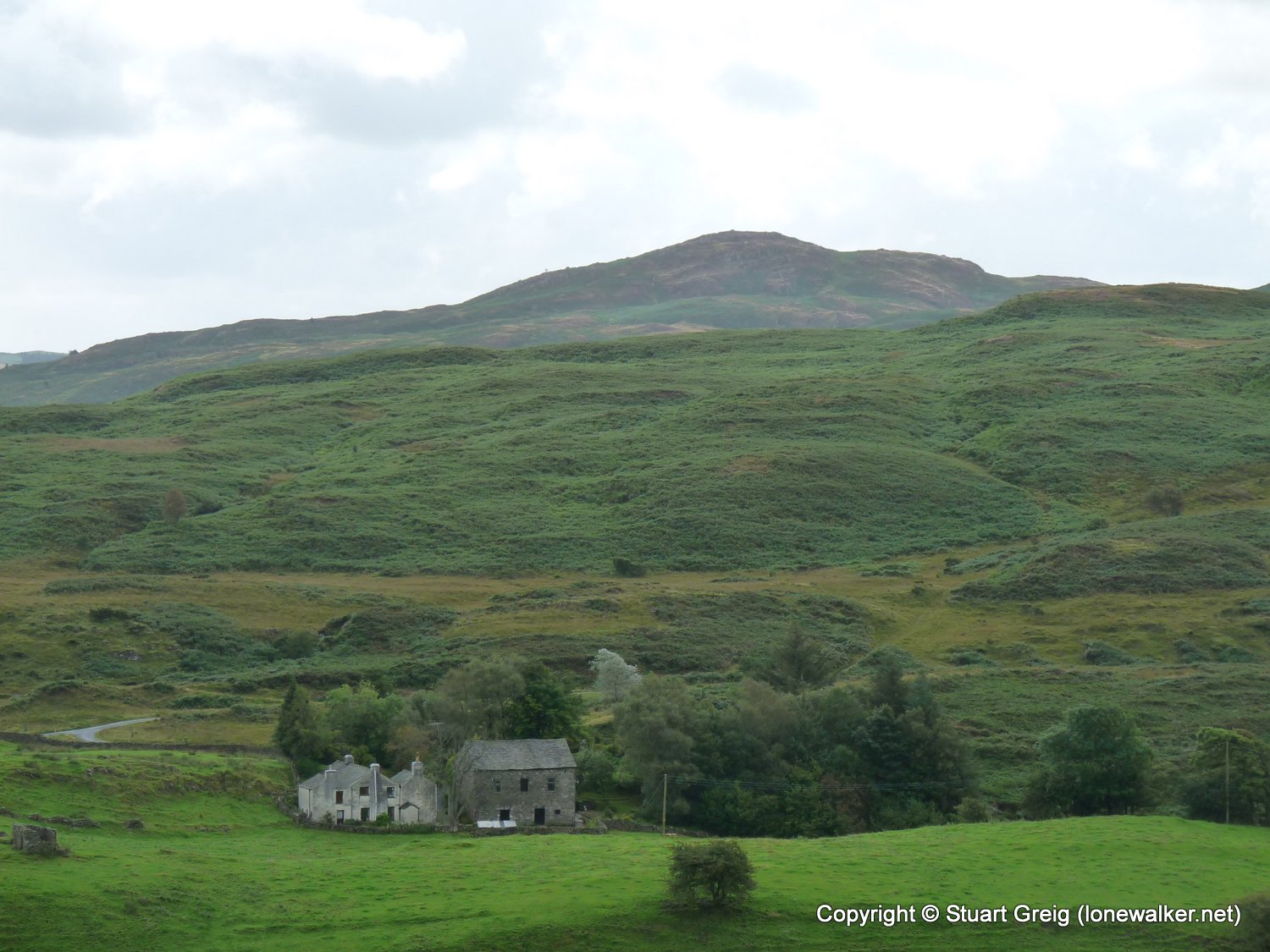 Looking to Beacon Fell, the first hill I ever walked up in the Lakes 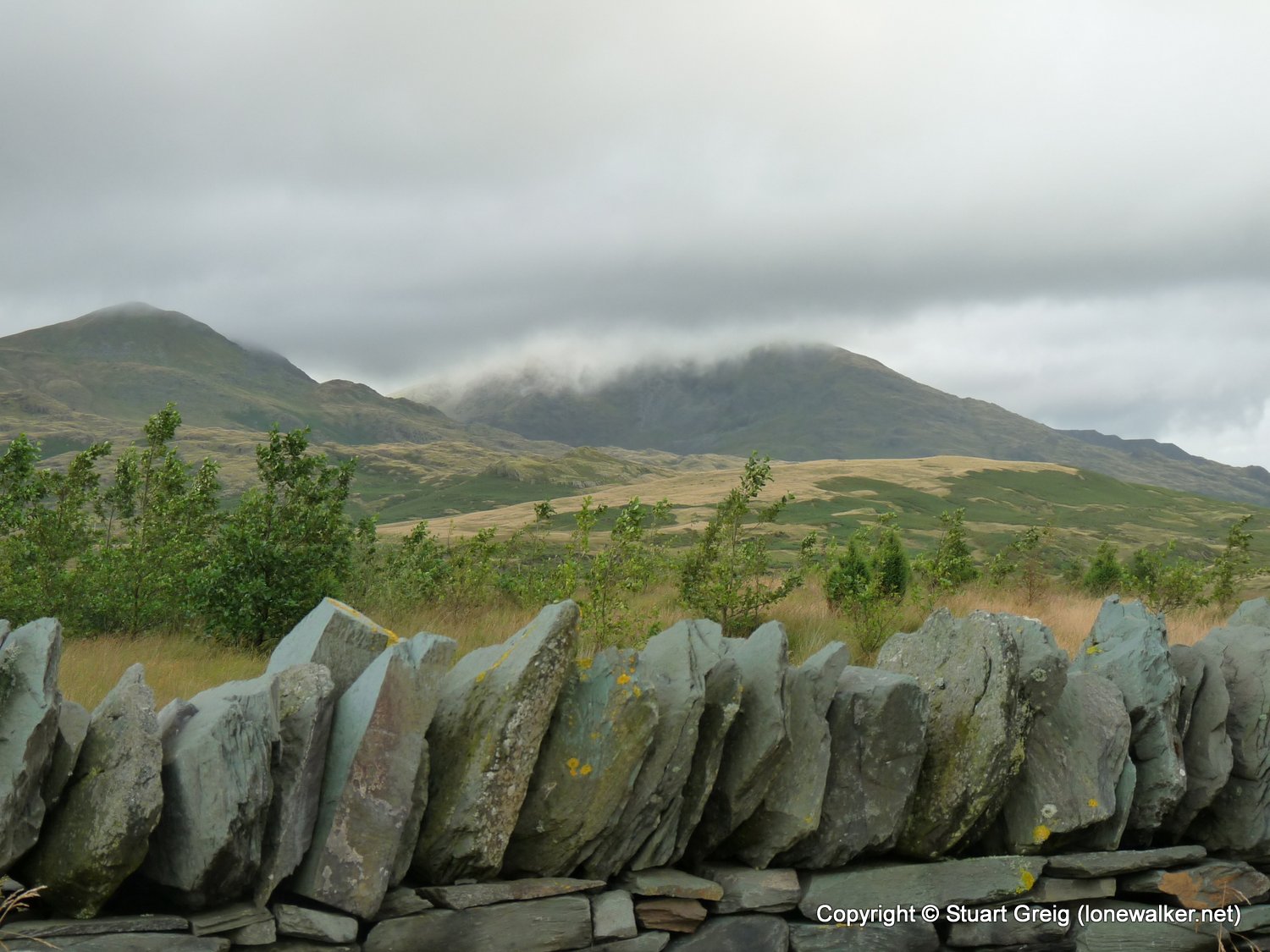 Looking to Coniston Old Man, topped in cloud, the second hill I climbed in the Lakes 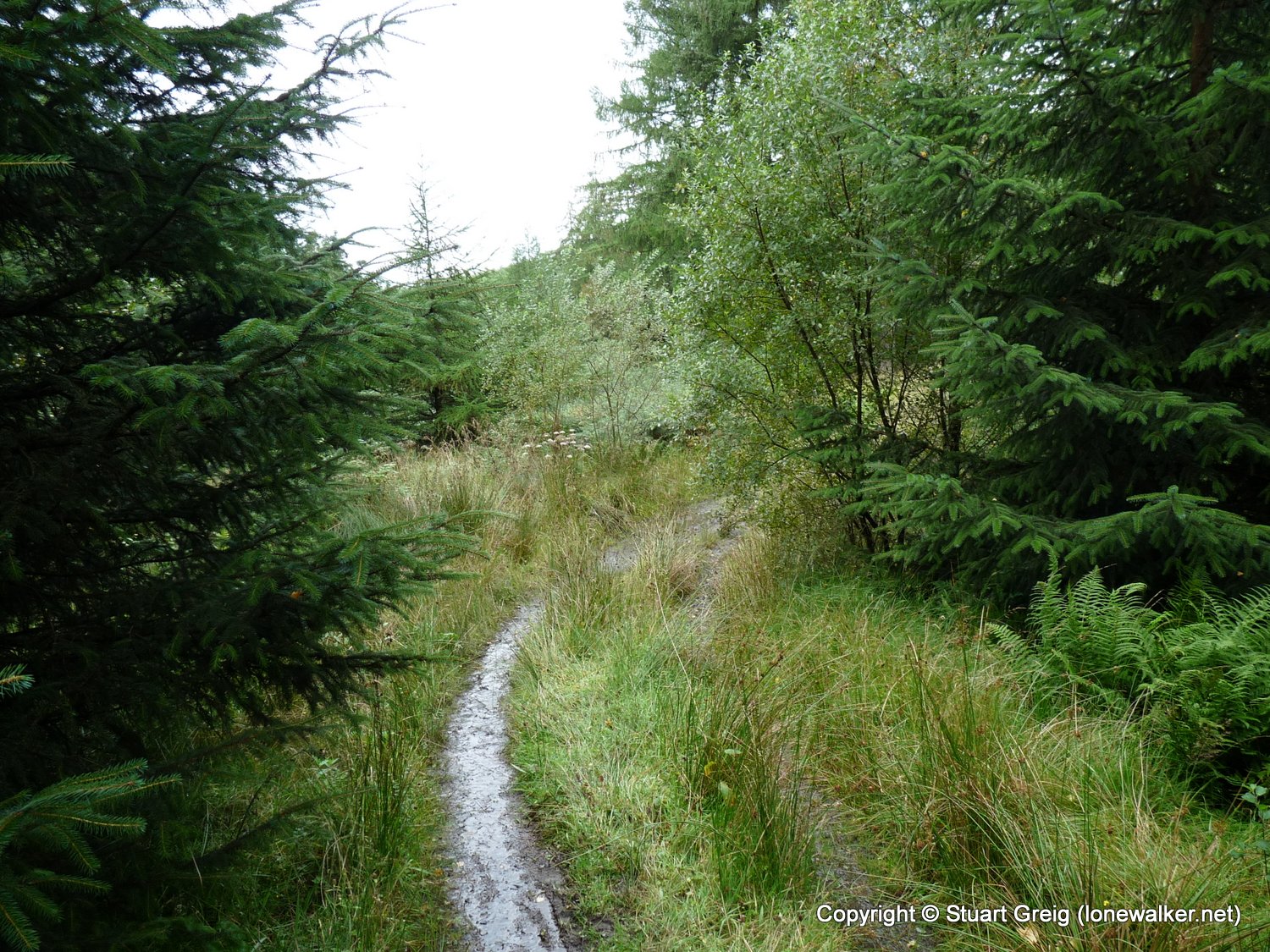 Through the forest beside Appletree Worth Beck 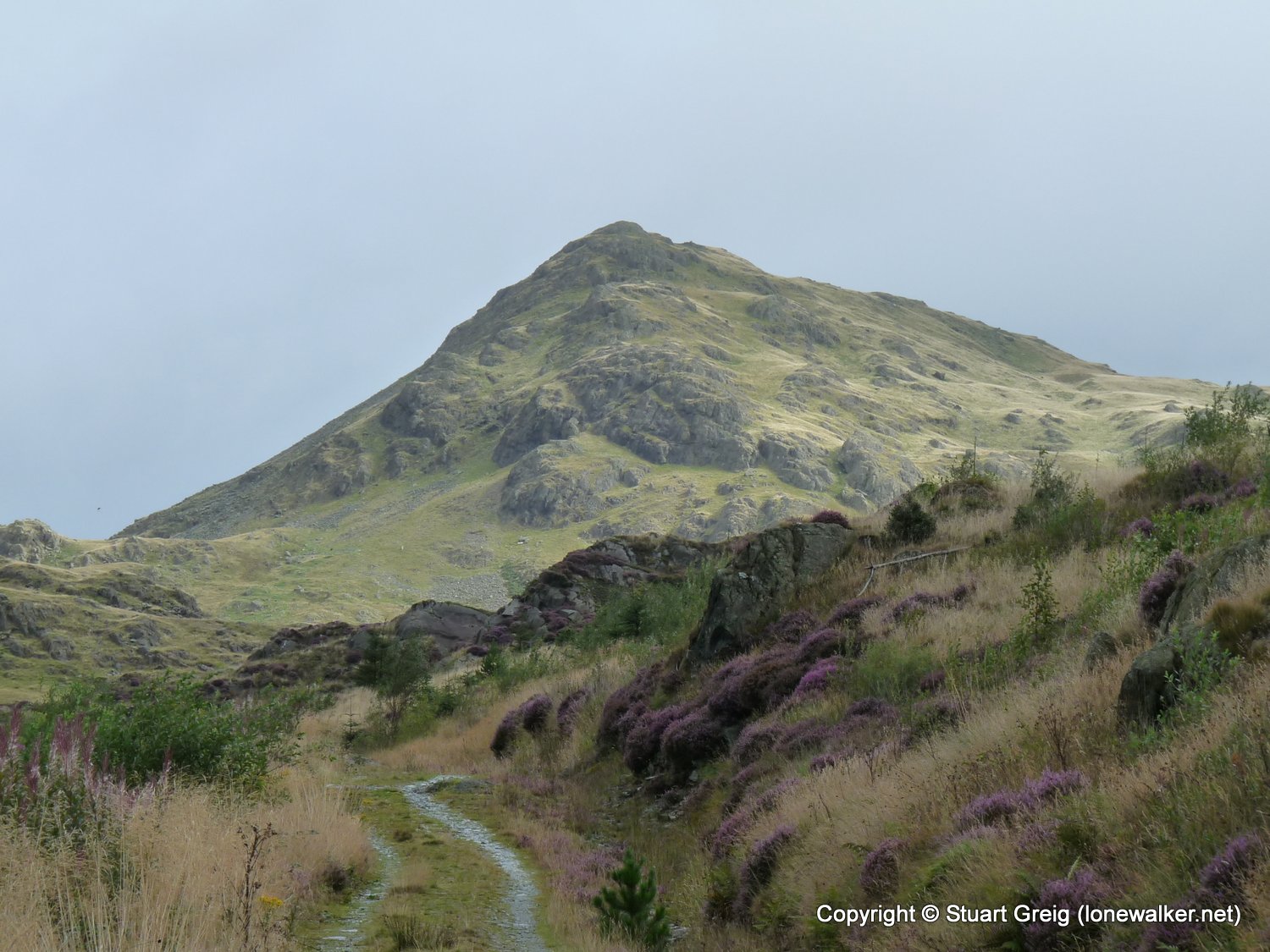 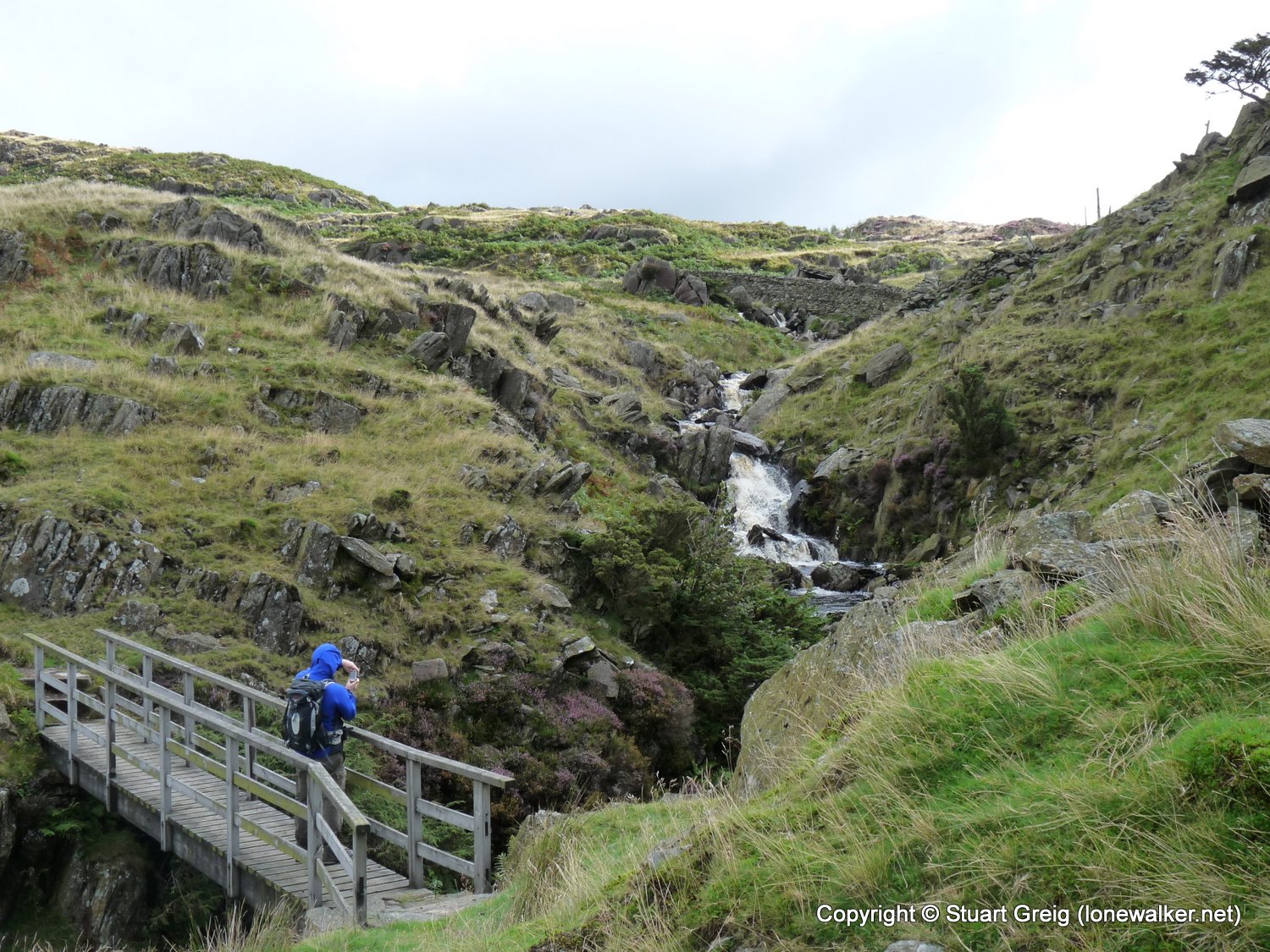 The falls at Natty Bridge, a bloomin’ marvellous spot 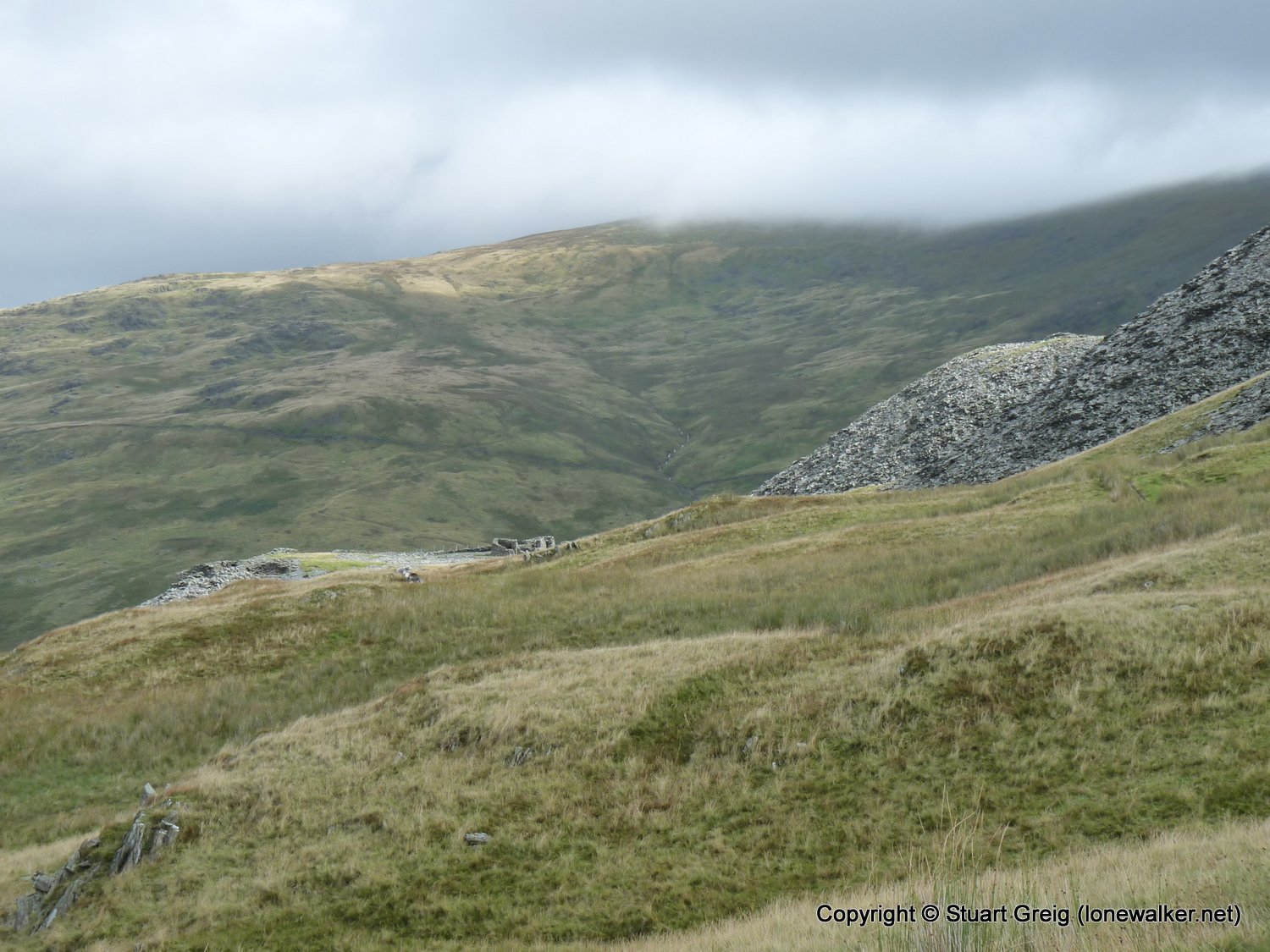 Walna Scar Quarries, we stop here for a bite of lunch and to get out of the wind, which is blowing up nicely 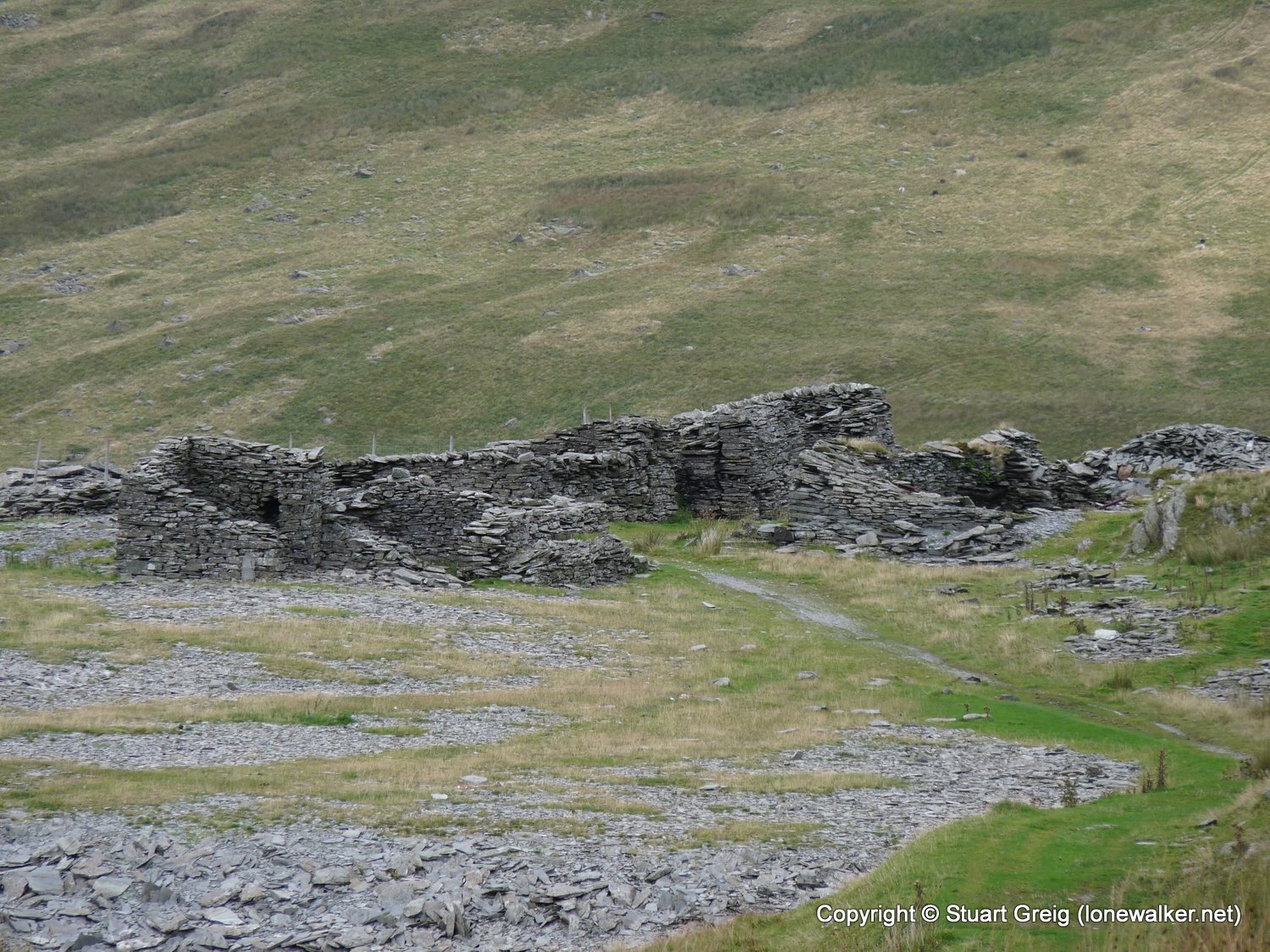 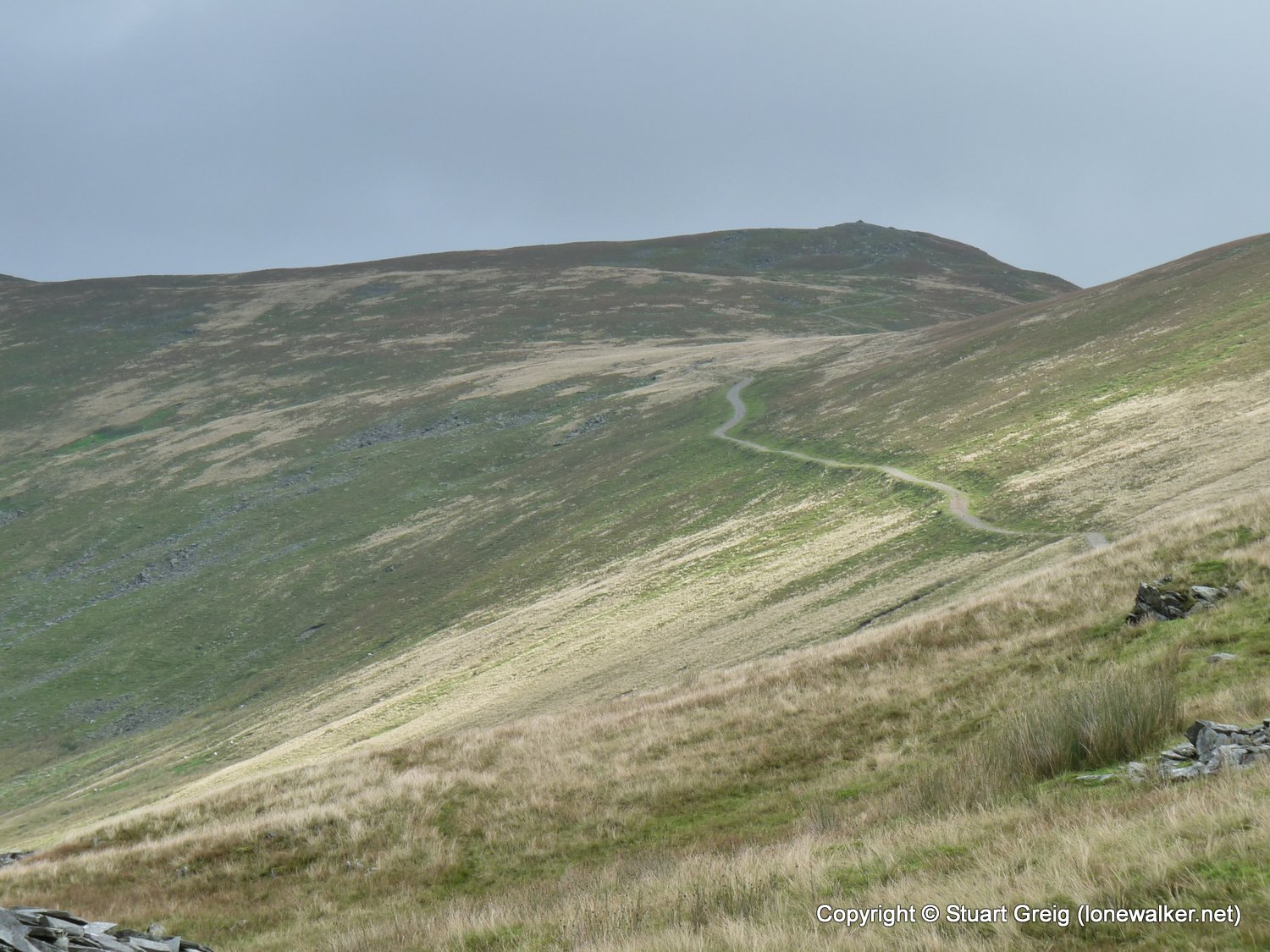 The Walna Scar Road, as it leaves Seathwaite and climbs towards Brown Pike 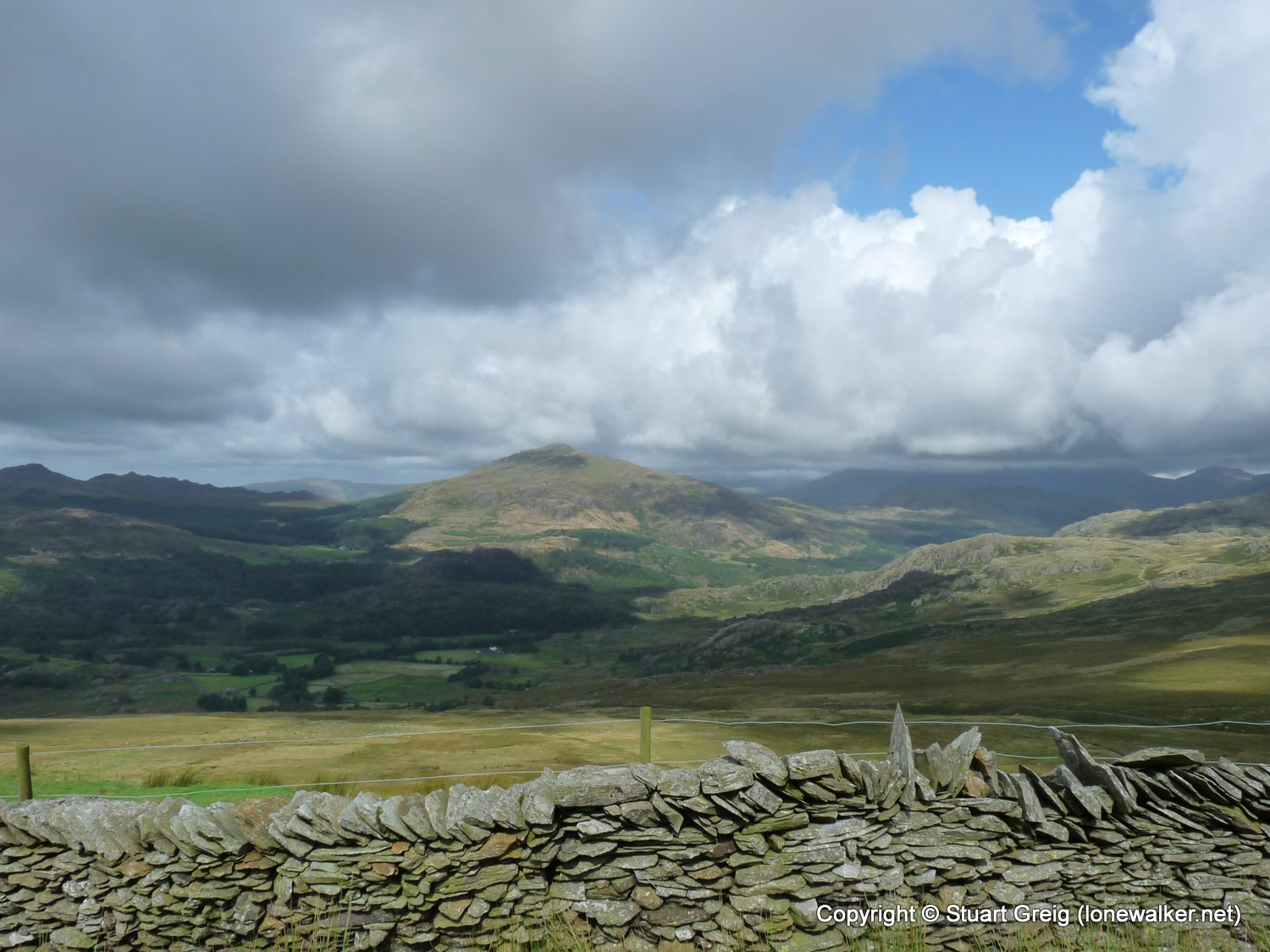 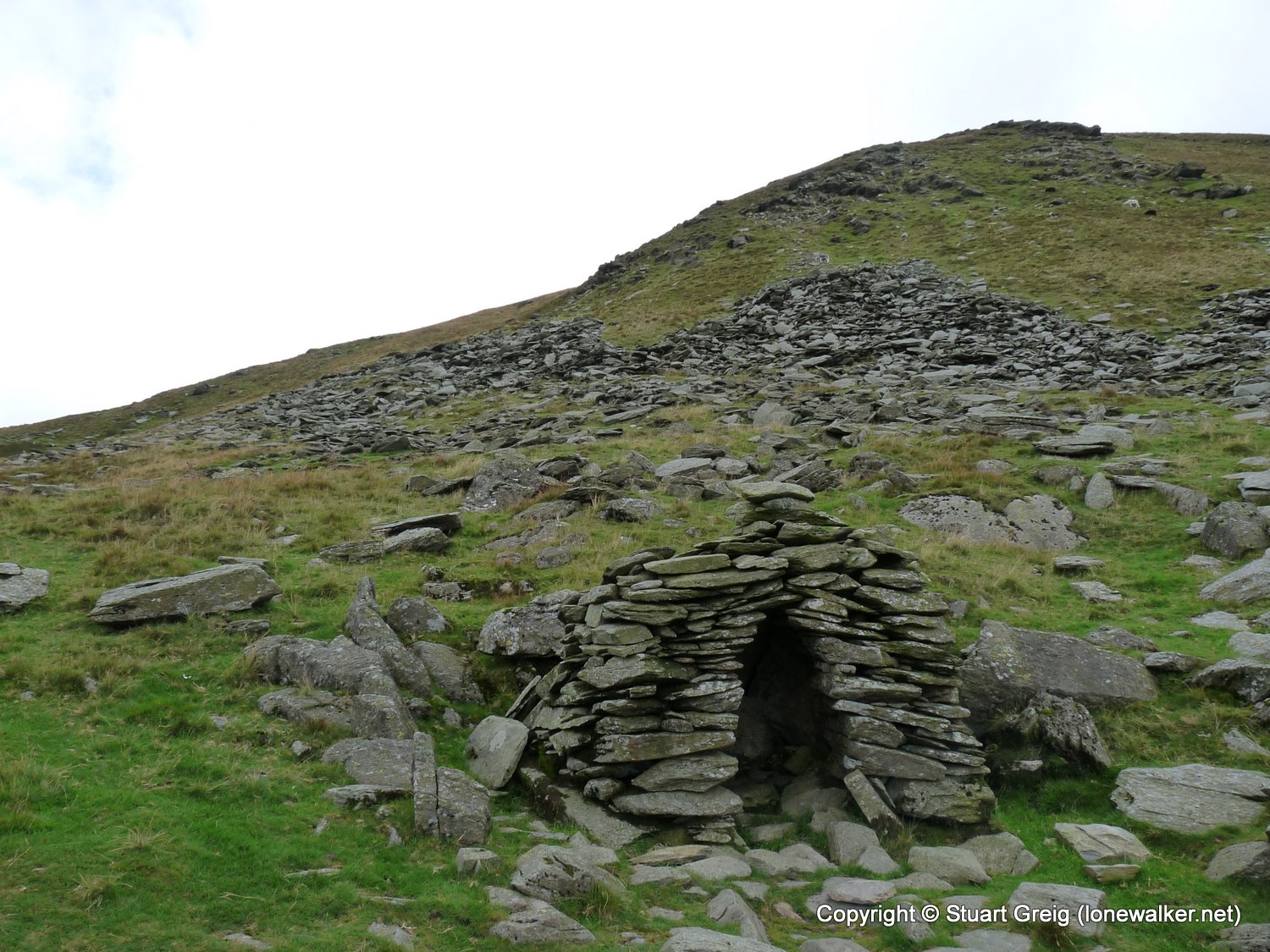 The tiny little shelter at the foot of Brown Pike.

We met three guys at the top of the Walna Scar Road, looking for the path to Coniston Old Man, via Goat’s Water. They had the largest (or smallest?) scale map I’ve ever seen – it made the Landranger 1:50K scale maps look quite detailed. They’d overshot their path by over a mile and had no idea where they were. We were reluctant to point them over the Dow Crag ridge, despite them asking for the quickest route to the Old Man, but they were adamant they weren’t turning back. We saw them later on the ridge, from our route along the Walna Scar Road, they were heading in the right direction at least. 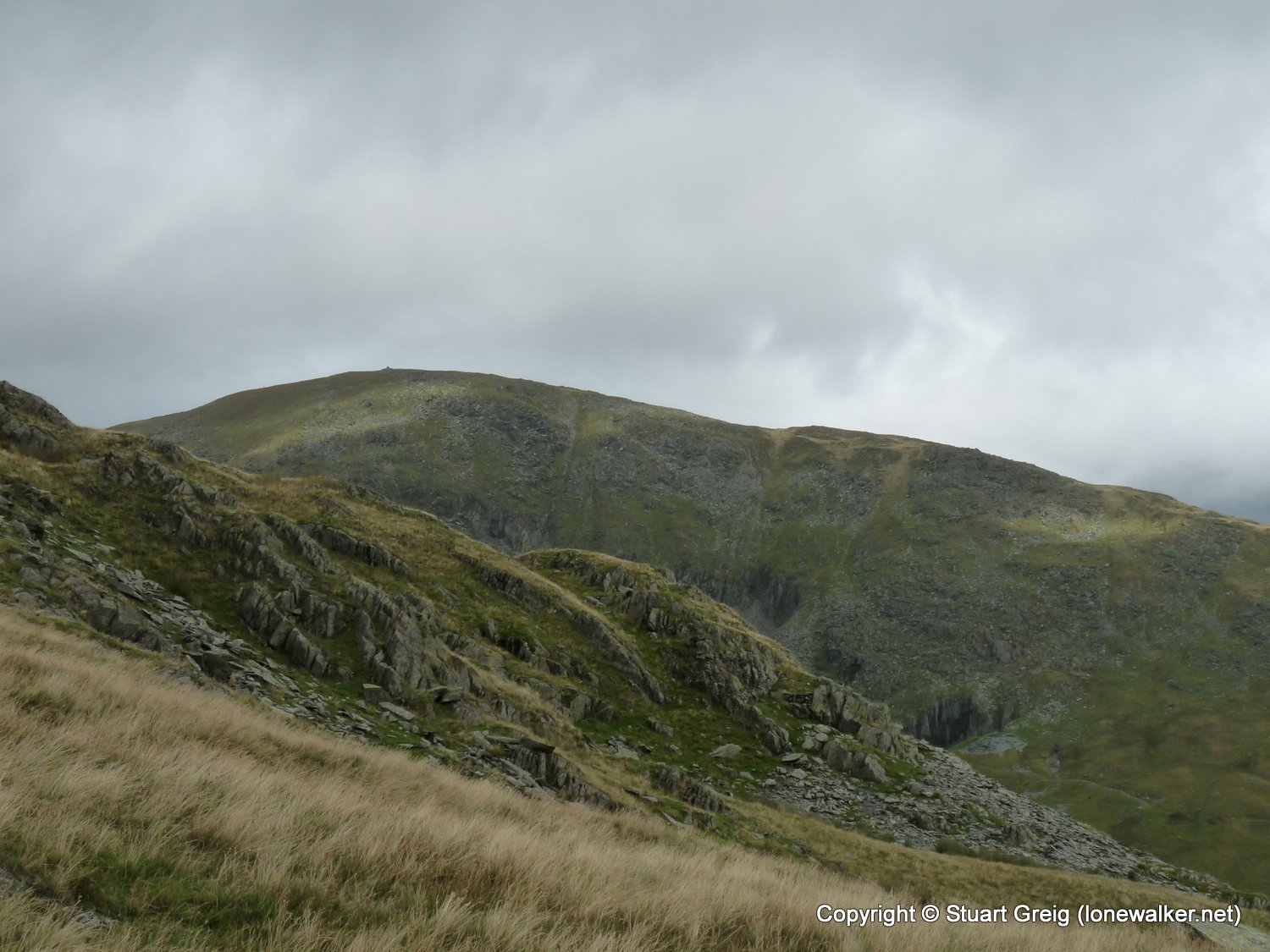 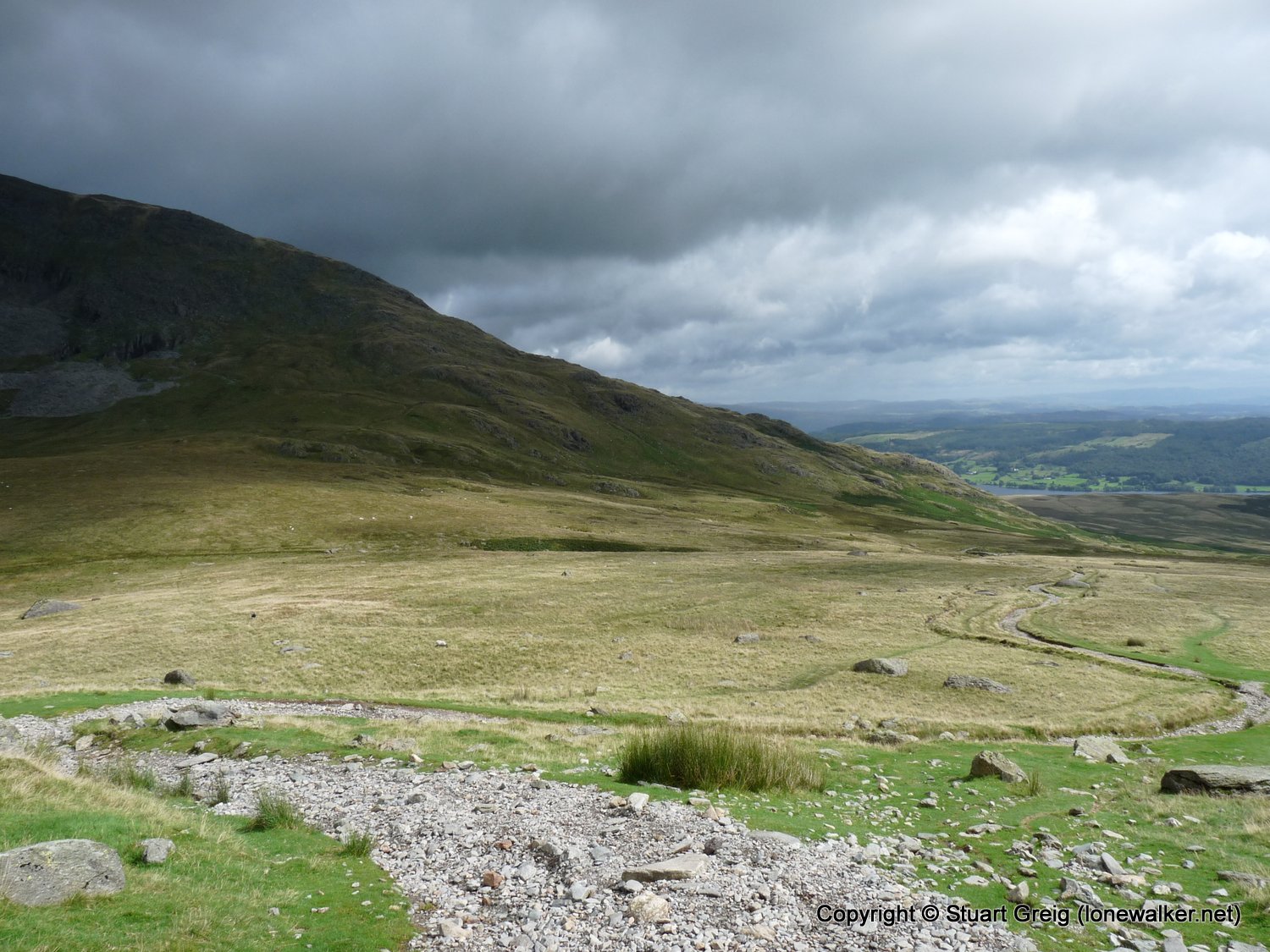 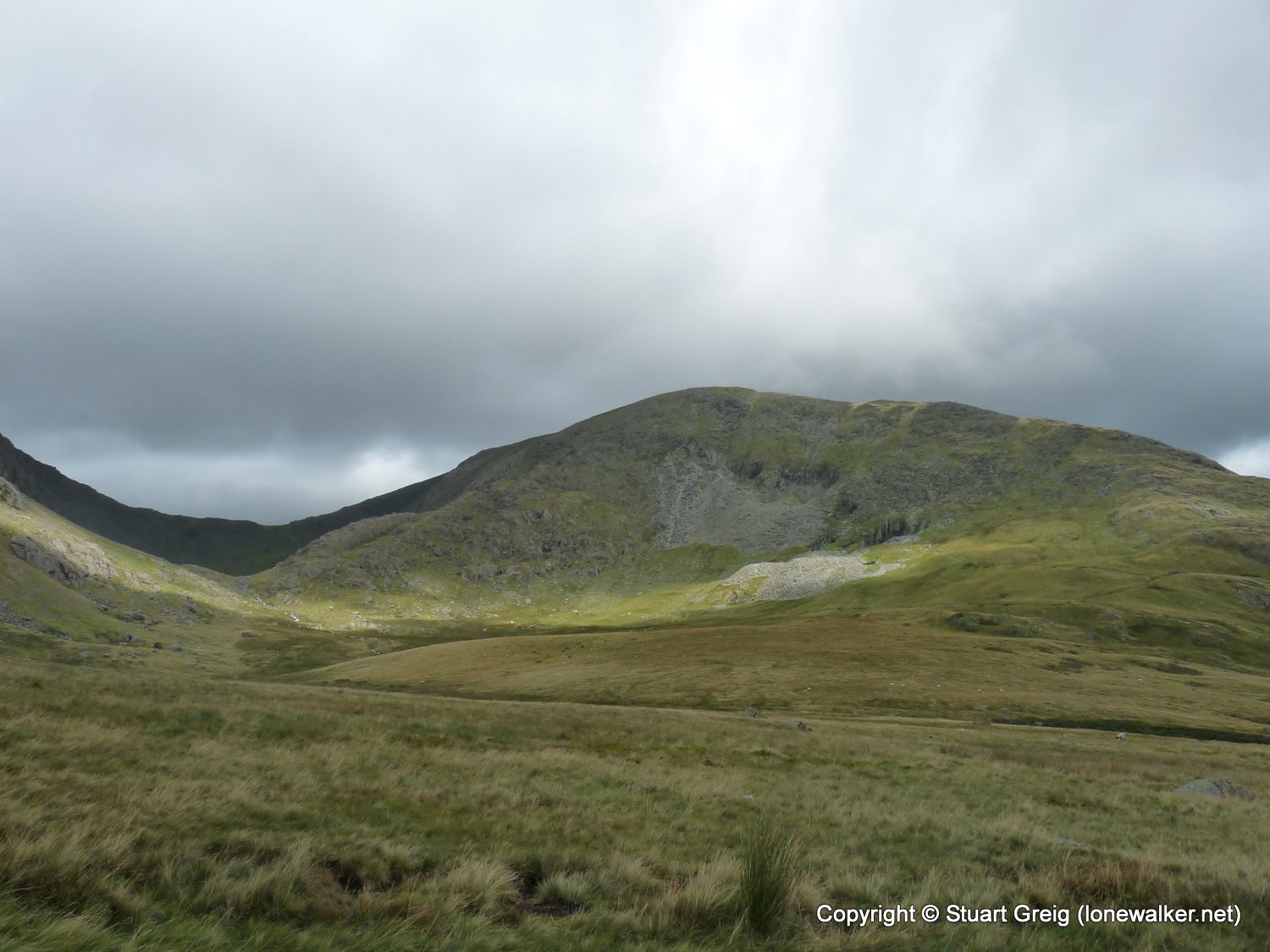 Coniston Old Man and Goat’s Water tarn, nestling in the hollow to the left of shot 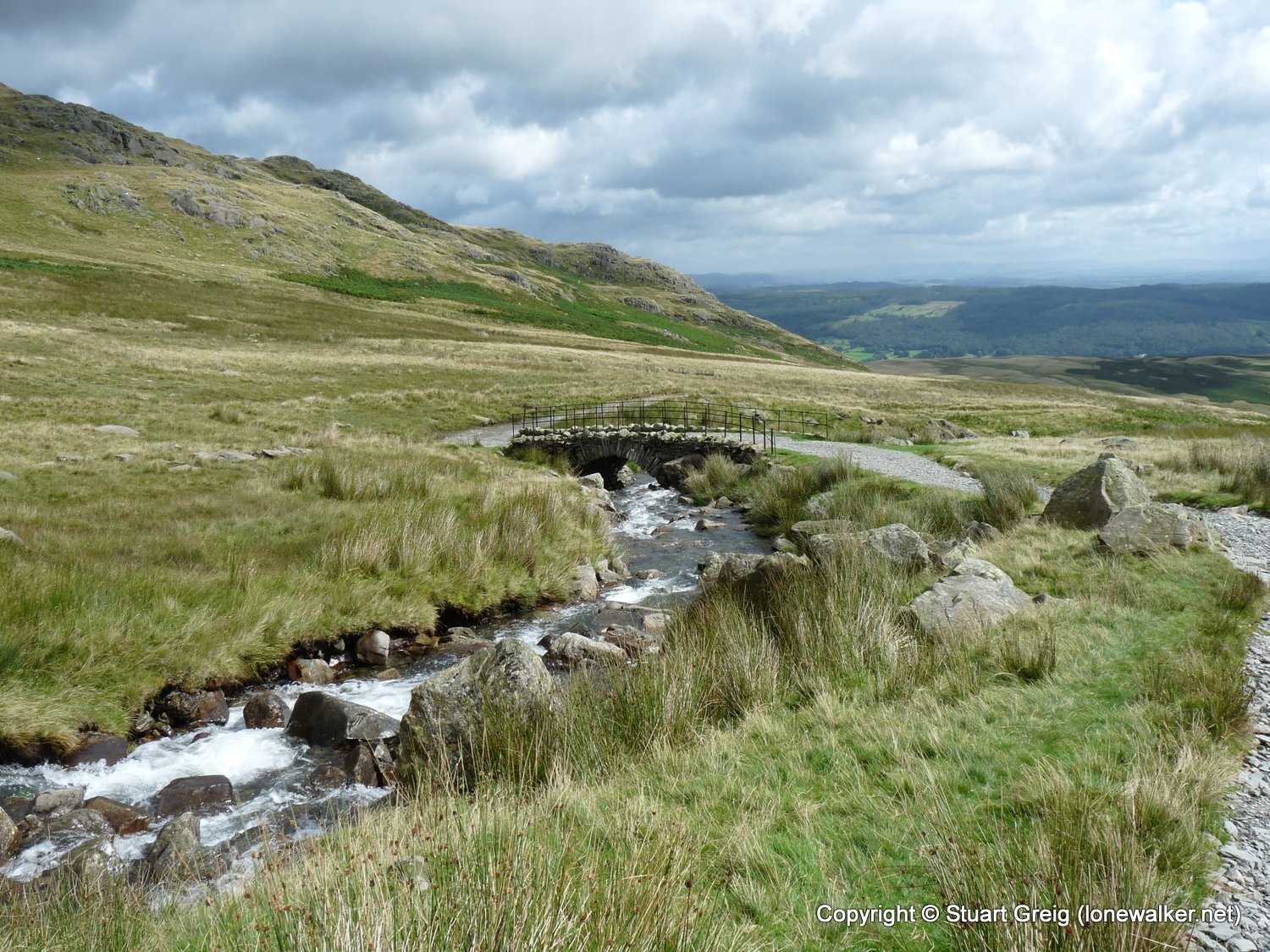 The bridge on the Walna Scar Road 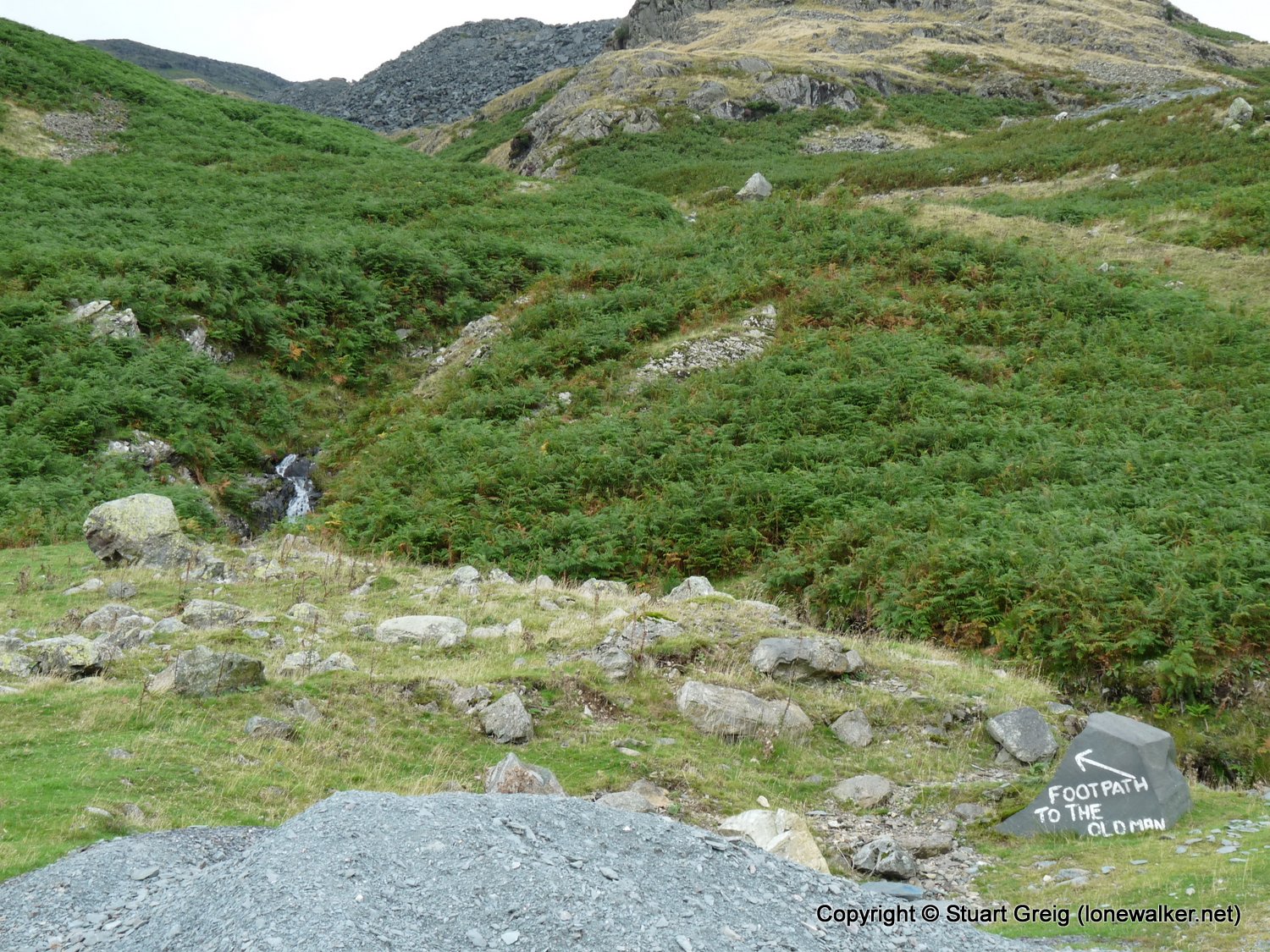 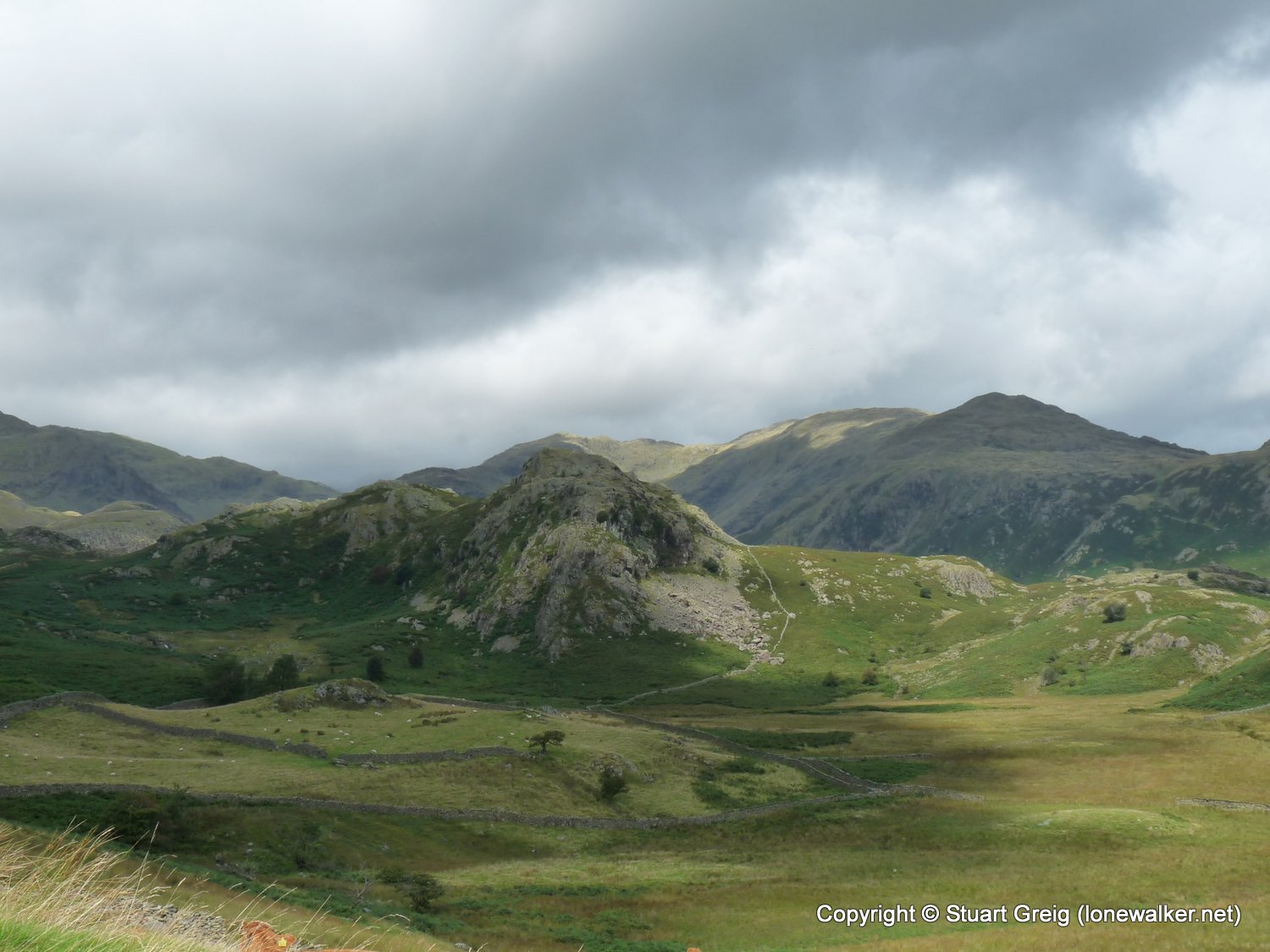 The Bell, with Wetherlam behind 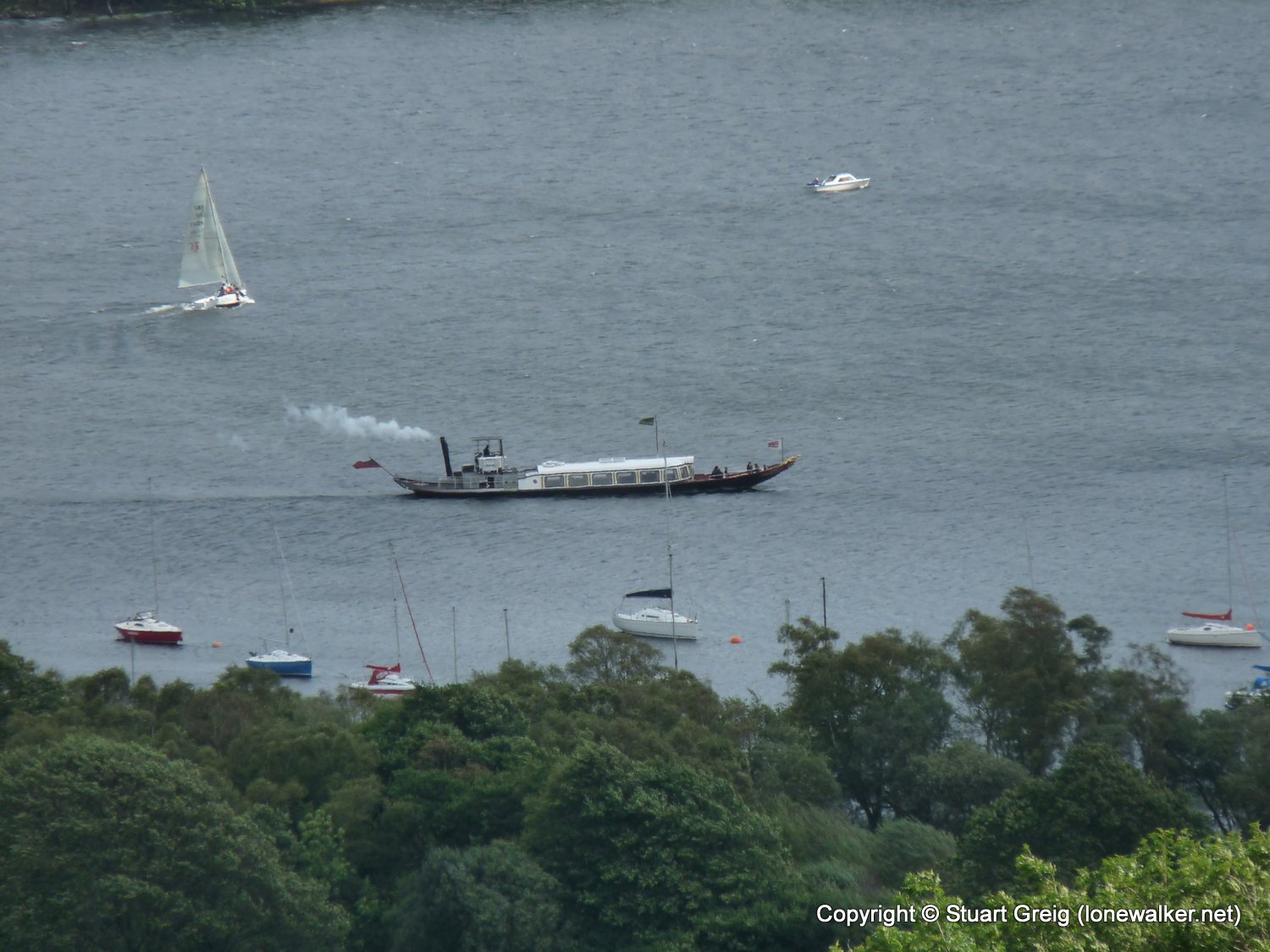 The Gondola steamer on Coniston Water 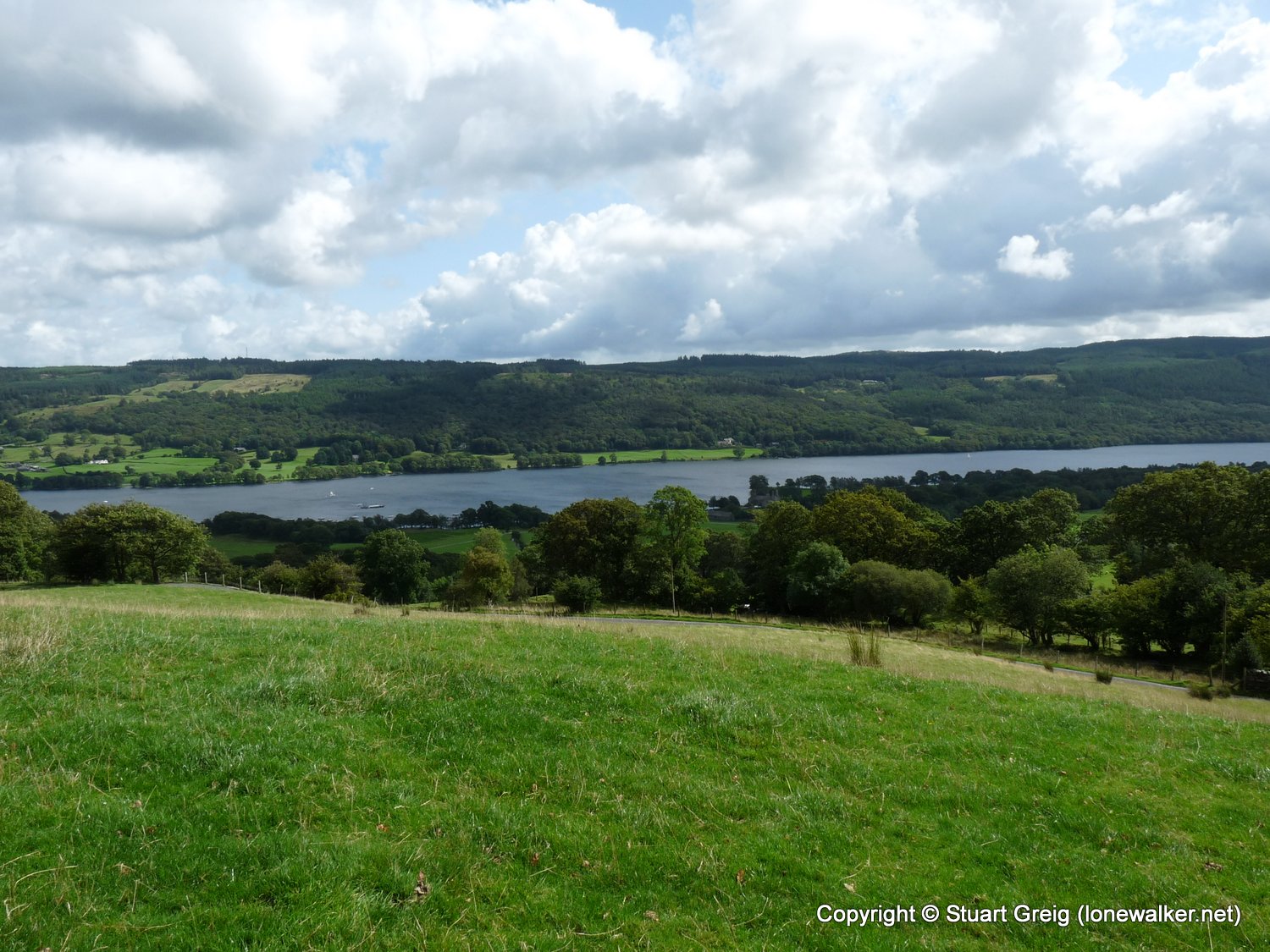 Coniston Water, the sun is out now 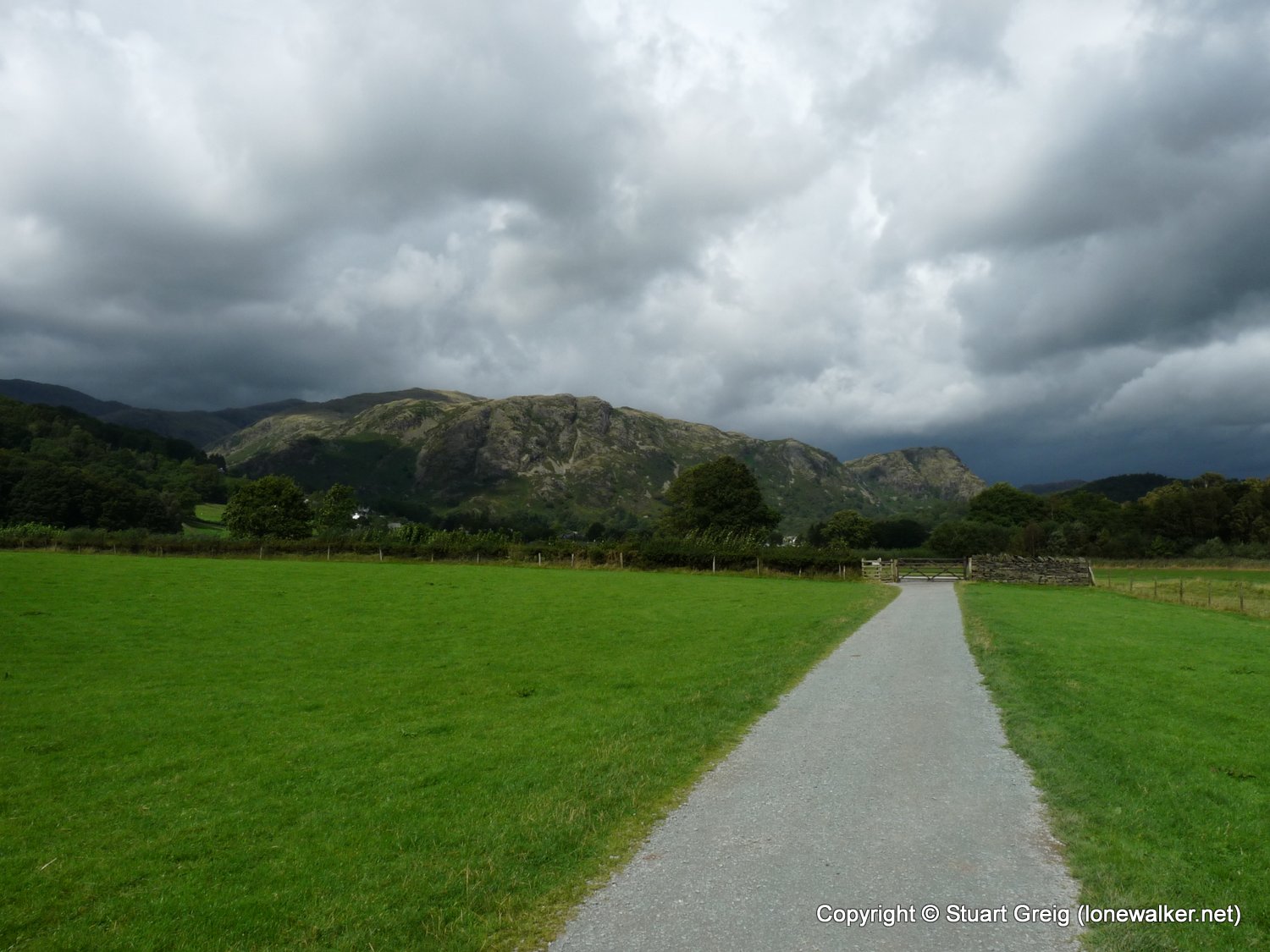 Looking back to the hills, from the Cumbria Way path out of Coniston 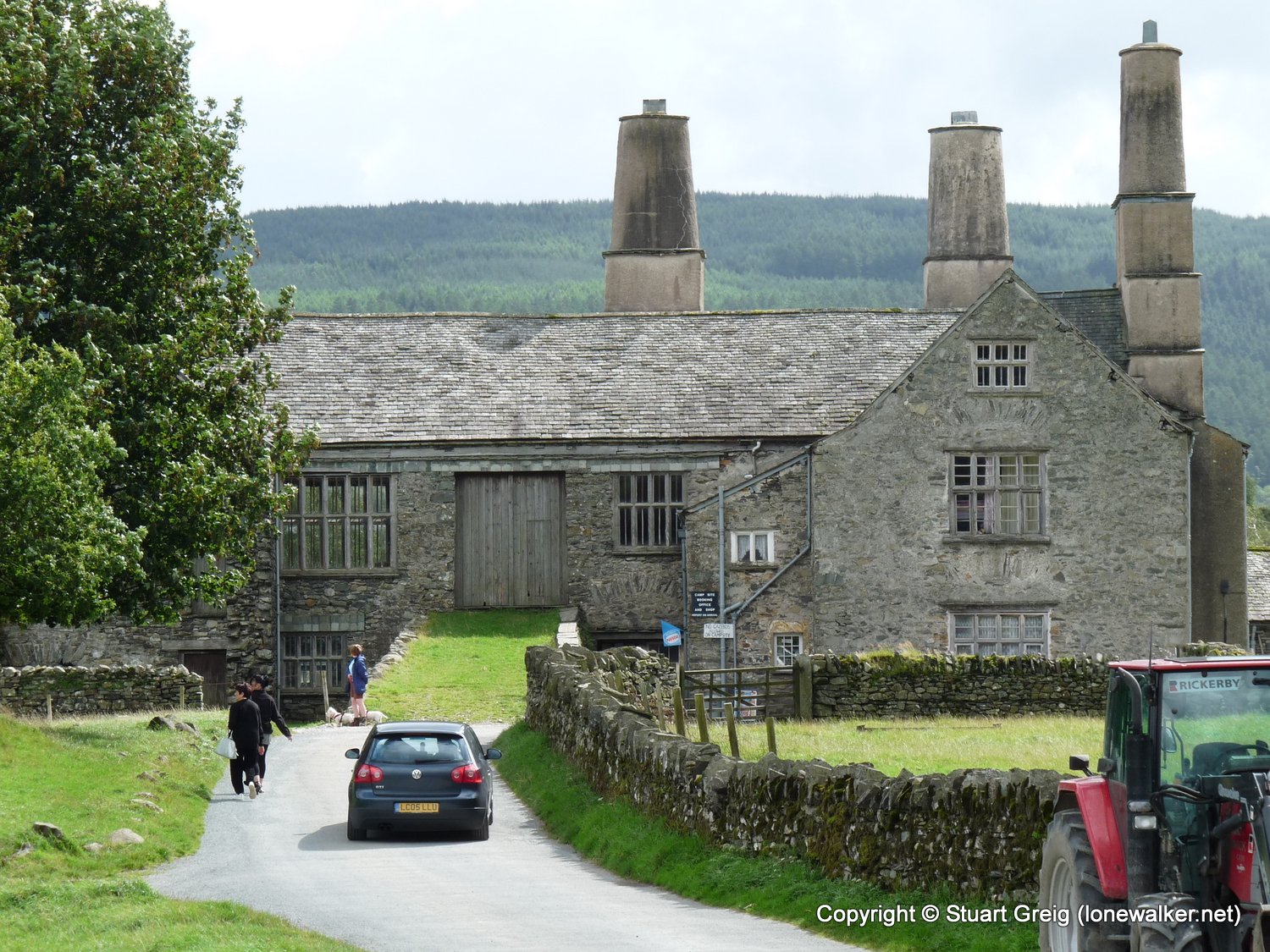 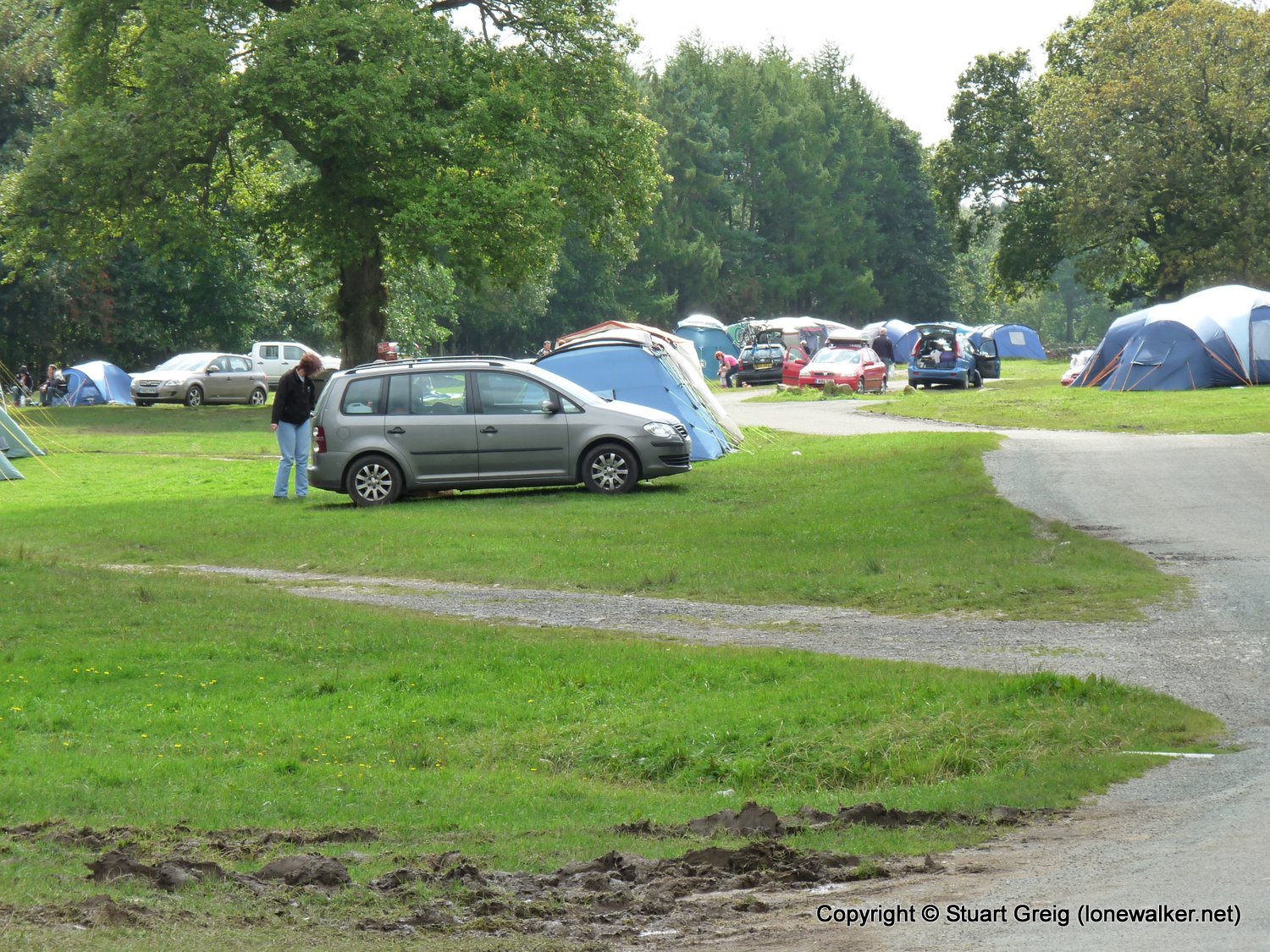 A very soggy campsite outside Coniston

Apparently, 10 minutes after I left Tex, the heavens opened and deposited a large number of cats and dogs on the locale – great timing!